Following a succesful UK tour, Captain Corelli’s Mandolin will take to the stage at the Harold Pinter Theatre in London’s West End from 4th July to 31st August. 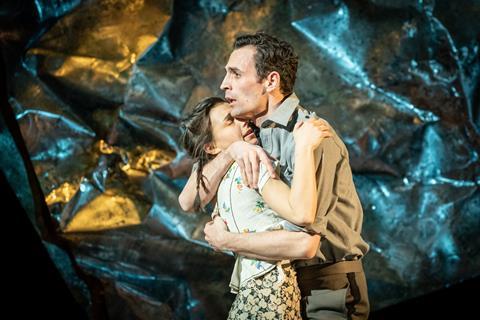 Alex Mugnaioni (Captain Corelli) and Madison Clare (Pelagia) have already toured the UK in the production.

Based on the the novel written by Louis de Bernières, the production will stage an opening gala night on 10th July.

The show is directed by Melly Still and has been adapted by Rona Munro, with this year marking the 25th anniversary since the book was first published.

Louis de Bernières said: “I am delighted that this production of Captain Corelli’s Mandolin is moving to the West End. The play is faithful to my story, movingly told, and the direction and acting are superb.  It deserves a long run.”

Set on the Greek island of Cephalonia, this love story follows the lives of Dr lannis, his daughter Pelagia and the Italian captain Antonio Corelli, during the Italian and German occupation of the island in World War Two.

The book was adapted into a film in 2001, starring Nicolas Cage and Penélope Cruz.

Following the book’s release in 1994, Louis de Bernières won the 1995 Commonwealth Writers’ Prize - Overall Winner for Best Book, the 1995 Lannan Literary Award for Fiction and the 1994 Sunday Express Book of the Year. 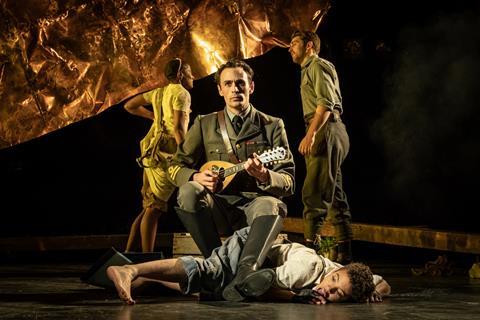 The production follows the lives of captain Antonio Corelli and others during World War Two.

Meet some of the cast

Alex Mugnaioni who plays Captain Antonio Corelli has worked with the Globe Theatre five times to date, starring in productions such as The Taming of the Shrew, Twelfth Night and Othello as well as a six month tour of Much Ado About Nothing around South America and the US.

Madison Clare plays the role of Pelagria, previously featuring in the BBC’s Holby City and Joseph Long stars as Dr lannis, appearing in the likes of Doctor Who and Peaky Blinders.