Producers of the Tony Award-winning Broadway musical Ain’t Too Proud – The Life and Times of The Temptations have announce the West End quintet taking on the iconic roles at the Prince Edward Theatre. 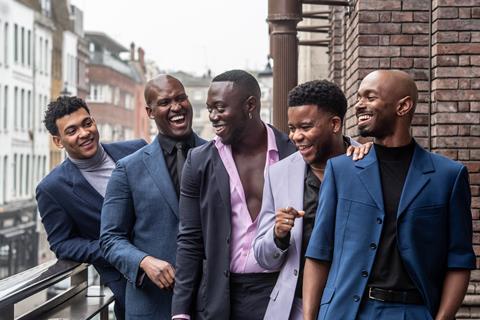 The show brings the incredible true story of one of the greatest R&B groups to London for the first time, with parties of ten or more people qualifying for discounted rates.

Cameron Bernard Jones’ theatre credits include Tina - The Tina Turner Musical and Motown the Musical, both in the West End. Kyle Cox currently stars in Elf at the Dominion Theatre.

Ain’t Too Proud – The Life and Times of The Temptations follows the remarkable journey of the group from the streets of Detroit to the Rock & Roll Hall of Fame. With their signature dance moves, they rose to the top of the charts creating 42 top ten hits with 14 reaching number one.

It’s described as a ‘thrilling story of brotherhood, family, loyalty and betrayal’, featuring hits like My Girl, Just My Imagination, Papa Was a Rollin’ Stone and many more.

For tickets and more information, go to london.ainttooproudmusical.com