The new and “enchanting” daytime experience will add to this year’s festive celebrations at the Oxfordshire heritage site. 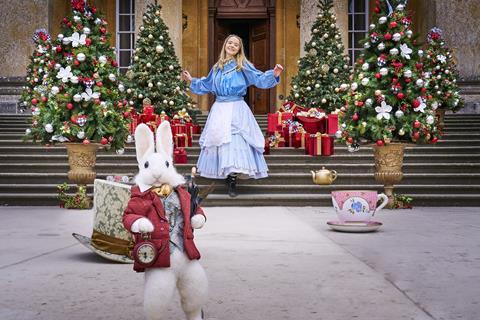 Blenheim Palace will be transformed this Christmas for an Alice in Wonderland experience.

Running from 22nd November to 5th January, 2020, the indoor experience at the palace in Woodstock invites visitors of all ages to venture through the looking glass.

The Palace will be transformed with sights and sounds conjuring up an assortment of curious characters, from the White Rabbit in his sitting room to the Cheshire Cat, surrounded by crystals and shimmering light. 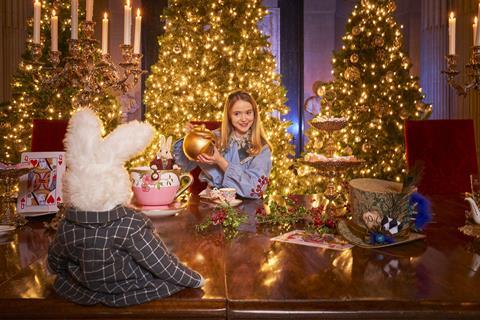 Visitors will be taken on a journey of the curious on the new experience at Blenheim Palace this Christmas.

There’s no mistaking the royally eccentric Queen of Hearts and her giant jam tarts, surrounded by pink flamingos, rambling roses and hedgehogs.

Combined tickets for Alice in the Palace and the Illuminated Light Trail across the estate are available. This year’s trail will feature a number of new installations including an aerial light show promising to fill the sky with dancing bands of colour. 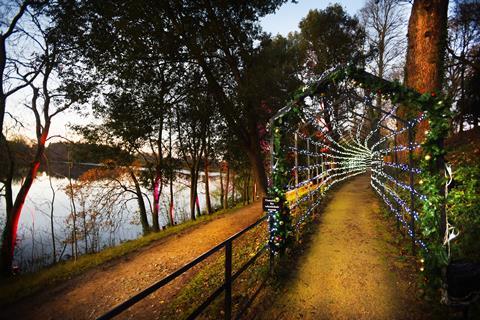 The Tunnel of Light makes a welcome return to this year’s Illuminated Light Trail.

The Tunnel of Light will once again feature more than 100,000 lights and the Water Terrace finale returns for the festivities.

For the younger ones there’ll be a Victorian carousel, Helter-skelter as well as the chance to see Father Christmas and his elves along the trail.

There will be a range of seasonal food and drink available along the Light Trail such as mulled wine and mince pies, as well as options in the East Courtyard and Christmas Market.

The world heritage site is home to the 12th Duke and Duchess of Marlborough and known as the birthplace of Sir Winston Churchill. It hosts a number of events and festivals throughout the year with a variety of group benefits on offer. Groups can book a tour of the Palace State Rooms as well as specialist talks to enhance their visit.

Group bookings and rates are available for the Christmas experiences. For more information visit www.christmasatblenheim.co.uk.

And for information about other group offers all-year round go to www.blenheimpalace.com