Popular Irish dancing show, Riverdance, is set to tour the UK with a new 25th anniversary celebratory show in 2020. 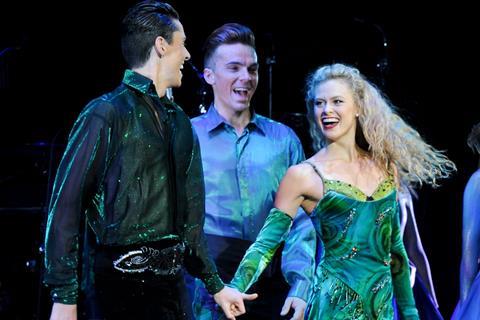 Riverdance performers from a previous production.

Opening on 10th March next year in Bournemouth, the show will mark 25 years since the first Riverdance production was staged.

The show is set to tour the UK until June 2020, visiting 25 destinations including Manchester, Portsmouth, Cambridge, Southampton, Edinburgh, York and Liverpool, before concluding in London.

Tickets for the tour are now on sale and can be purchased via the official website. Group organisers can contact their chosen theatres for details on group bookings and rates.

Riverdance: New 25th Anniversary Show is described as a powerful stirring reinvention of this beloved family favourite, celebrated the world over for its Grammy Award-winning music and the thrilling energy and passion of its Irish and international dance.

The cast for this tour will feature, for the first time, many dancers who were not even born in the year that the show first opened, in 1995 at the Point Theatre in Dublin.

The 25th anniversary show brings Riverdance into the 21st century and aims to immerse audiences in the extraordinary and elemental power of its music and dance.

More dates and venues can be found on the website.