The world’s longest running play, The Mousetrap, will take to the road later this year on an extensive UK and Ireland tour to mark the 70th anniversary of Agatha Christie’s iconic thriller. 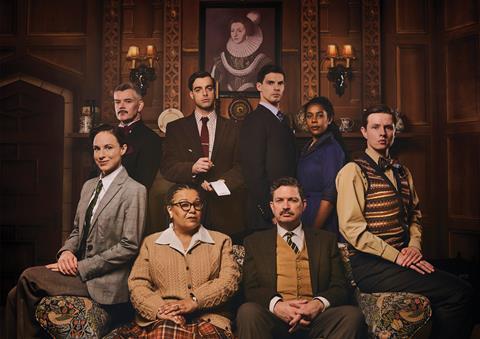 Last year’s London cast were some of thousands to play the iconic roles.

Having held its world premiere at Theatre Royal Nottingham in 1952, the 70th anniversary tour will open at the same venue in September before visiting more than 70 theatres throughout the UK and Ireland, including cities in which it originally played 70 years ago, plus many more.

The tour marks the first of many ways that The Mousetrap will be celebrating its milestone year.

Adam Spiegel, producer of the show, said: “What better way to celebrate 70 glorious years of The Mousetrap by taking Agatha Christie’s world-famous ‘whodunnit’ to over 70 towns and cities throughout the UK and Ireland.

“A true British classic, this beloved tale of intrigue and suspense is as enthralling today as it was when it first opened in 1952 and I am thrilled that audiences, of all ages, and from all corners of the country, will have the chance to see it in their local theatres.”

Following its 1952 premiere touring production, The Mousetrap opened in the West End where it continues its record-breaking engagement at St Martin’s Theatre having been performed there over 28,500 times and selling more than 10 million tickets.

As news spreads of a murder in London, a group of seven strangers find themselves snowed in at Monkswell Manor, a stately countryside guest house.

When a police sergeant arrives, the guests discover that a killer is in their midst. One by one, the suspicious characters reveal their pasts so the truth can be revealed.

Opening at Theatre Royal Nottingham on 26th September 2022, the 70th anniversary tour of The Mousetrap will visit the likes of Dublin, Brighton, Birmingham, Liverpool, Oxford, Manchester, Plymouth, Cardiff, Edinburgh, Milton Keynes, Leeds and Hastings, continuing throughout 2023 with further venues into 2024 to be announced soon.

Casting will be revealed at a later date.

Group rates are venue specific. For a full tour schedule, along with further information, theatre listings and tickets, visit www.mousetrapontour.co.uk.