After hitting the road in January of this year, The Mousetrap will continue its run with a set of new dates for 2020. 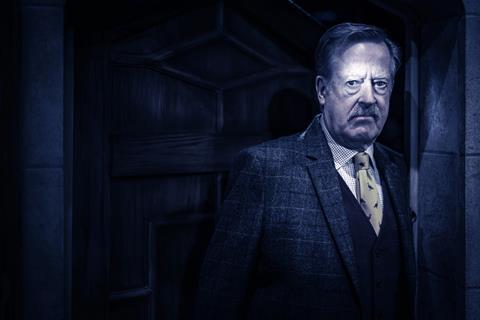 John Griffiths (The Sound of Music, The Woman in White) will return as Major Metcalf in The Mousetrap's 2020 run.

The second major national tour of The Mousetrap recently saw its 28,000th performance, held at the St Martin’s Theatre, London. The show is now in its 68th year, and is the world’s longest running stage production.

Richard Attenborough and his wife Sheila Sim starred in the stage show’s Nottingham opening in 1952 - from there, it transferred to the West End where it has stayed ever since, a staple production at The Ambassadors and St Martin’s Theatre.

The setting of the play is Monkswell Manor, located near the site of a mysterious murder. The house’s young owners as well as their guests become entangled in the investigation. Casting announcements include Susan Penhaligon (Emmerdale, A Fine Romance), who is set to play Mrs Boyle through to July 2020; Martin Allanson (Wuthering Heights), in the role of Detective Sergeant Trotter; and Laura Costello (recent graduate from The Oxford School of Drama) as the aloof Miss Casewell.

Agatha Christie - the world's best-selling novelist - wrote a twist ending to The Mousetrap, and audiences are traditionally asked not to reveal the answer to 'whodunnit' after leaving the theatre.

From 21st January - 7th November 2020, The Mousetrap will arrive at 34 different venues around the country. See below for the full listings.

To find out about special rates, groups should visit the specific venue's website.