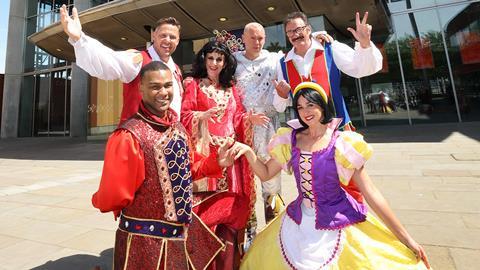 Oh yes there are… 8 fantastic pantomimes for all ages

From children’s TV heroes to comedy legends, there are some wonderful entertainers taking to the panto stage this year. Here are eight shows which are sure to offer all the usual antics.

Comedy actress and musical theatre star Lesley Joseph will play The Wicked Queen in Snow White and the Seven Dwarfs in MK, alongside children’s television icon Paul Chuckle as Oddjob and TV judge Rob Rinder as The Man In The Mirror. The trio are promising a show full of comedy and classic one-liners, with the odd Chucklevision reference thrown in for good measure, as well as special effects. Comedian Aaron James (Muddles) and actors Charlotte Haines (Snow White) and Dale Mathurin (The Prince) make up the rest of the main cast. 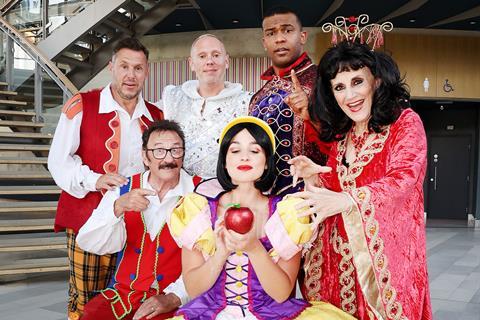 Lesley Joseph (furthest right) will star as The Wicked Queen in Milton Keynes, alongside the likes of Paul Chuckle and Rob Rinder.

Beauty & The Beast fans can head to Bournemouth Pavilion for its rendition of the classic Disney story where Belle falls for a prince who has been transformed into a hideous beast. Panto favourite Noel Brodie returns to star as Louis La Plonk alongside EastEnders favourite Emma Barton leading the cast as Fairy Bon Bon. Jon Monie, who won Best Script as the Great British Pantomime Awards in 2019 is in charge of this one so you’re definitely in for a treat.

Musical theatre, television, Strictly Come Dancing and soap star (the list could go on) Brian Conley heads up Woking’s version of Cinderella, packed with all the traditional pantomime ingredients. The comedy legend will play the charismatic role of Buttons, with audiences sure to fall in love with Conley’s witty one liners. Join Cinders as she goes from rags to riches, outwits her very wicked sisters and meets her dashing Prince Charming. 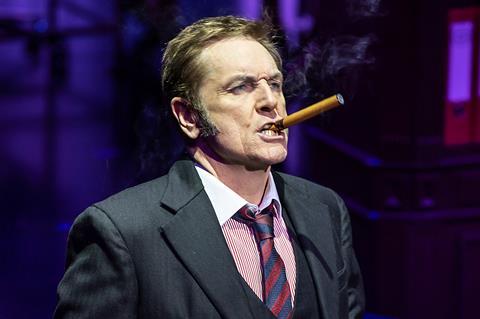 Brian Conley as Franklin Hart Jnr. in 9 to 5 the Musical. This Christmas he will don a different hat in Cinderella.

Actor, singer and television star Jason Donovan will lead the cast in this year’s pantomime with Coronation Street’s Faye Brookes and the triumphant return of Richard Cadell & Sooty. With sets and costumes from The London Palladium, Goldilocks and the Three Bears follows Dame Betty Barnum and her daughter Goldilocks, who are battling to save their circus from the Evil Ringmaster who is intent on stealing their three loveable bears and leaving them in ruin. For three weeks only, the theatre will be transformed into a circus, where ‘everything is possible’.

Join comedy superstars Dawn French and Julian Clary, with Alexandra Burke making her Palladium pantomime debut, as they lead the cast of a brand new production of Jack and the Beanstalk at London’s iconic home of pantomime. The West End’s panto will feature returning Palladium favourites Paul Zerdin, Nigel Havers and Gary Wilmot, along with a lavish set and beautiful costumes designed especially for London’s biggest panto. Check out the video below which looks at how the set designers will bring the magic to the stage:

Davood Ghadami (EastEnders, Casualty, Holby City, Strictly Come Dancing) will play the evil Abanazar in Aylesbury’s Aladdin this Christmas. Audiences can be whisked away on a magic carpet ride to the fantasy land of Agrabah to experience its bright costumes and catchy song and dance numbers. Returning to the Buckinghamshire venue’s stage will also be BBC 3 Counties Radio host Andy Collins as Wishee Washee and Britain’s Got Talent’s La Voix as Widow Twankey.

The classic villian role of Captain Hook from Peter Pan will be taken on by comedian Jason Manford in Manchester this year, with panto favourite Ben Nickless appearing as Smee, his right-hand man. Described as a pantomime adventure, watchers of all ages look forward to special effects and loads of laughter on a trip to Neverland like never before. 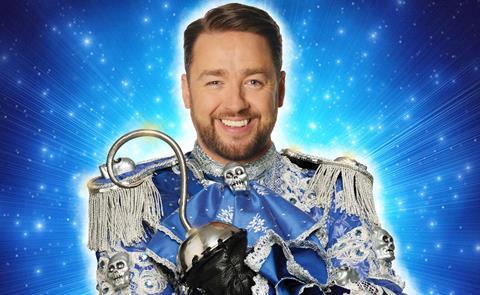 Guided by the magical Fairy Bow Bells on an adventure that sends Dick Whittington from London across the high seas to Morocco, actor Matt Slack will take to the stage in the title role, taking his trusty cat along on his travels. Can he outwit the evil rodent King Rat, free the city from his team of revolting rodents and win the beautiful Alice’s hand in marriage? The only way to find out is by buying a ticket.