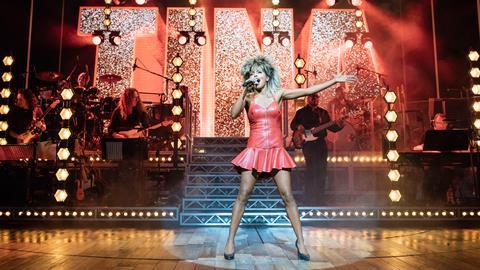 A tribute to a true star, by a true star: Adrienne Warren truly dazzles as pop legend Tina Turner. Thank goodness that 140,000 extra tickets have been released, says Rachel Bailey after watching the show.

“Phenomenal”, “amazing”, and “like watching Tina Turner herself”; just some of the praise I was privy to hearing from fellow Tina audience members – and that was just from the interval.

With so much press hype in the build up to this new show, there was always a small chance that it might fall short of expectation but that wasn’t the case at all. Tina Turner herself has had a hand in making this biographical production of her turbulent upbringing and rise to fame, but at no point does it feel narcissistic.

In fact, the show as a whole is very self-aware, with injections of humour that break up what, at times, is quite a harrowing tale of domestic abuse and the pressures of being a celebrity. You don’t need to be a Tina Turner fan to enjoy this – I knew a handful of songs and that was enough. It’s the story that keeps you captivated, and of course, Adrienne Warren, who was undoubtedly the star of the show as Tina.

Her first appearance on stage, in that iconic red leather dress with her wild statement 80s hairstyle, incited a hysteria throughout the audience akin only to seeing a headline band at a music festival. The roar that filled the (newly refurbished) Aldwych Theatre was incredible.

In fact, the audience’s enthusiasm for the show was as commendable as the show itself. And I’m sure future audiences will react in the same way, because there is no escaping how terrific this show is, and how energised the music of Tina Turner makes you feel.

Hits including Proud Mary, River Deep Mountain High, Private Dancer and We Don’t Need Another Hero were flawlessly executed by Warren, who doesn’t seem to break a sweat despite belting out over 20 hits in just over two hours.

To watch Warren is to watch Tina Turner herself – her facial expressions, movements, and tone of voice are performed down to a T. Often with musicals it can be easy to forgive the acting if the vocals are impressive; however, in this case there was no need. A force of excellence was displayed by all cast members, from Lorna Gayle as Gran Georgeanna to Claudia Elie as Young Anna Mea (child Tina).

Kobna Holdbrook-Smith who played Ike Turner, Tina’s abusive husband, put on a performance that was well on par with that of Warren. He pulled off the irrational and violent ex-husband with almost-disquieting ease, and so it was somewhat infuriating at the end when the audience booed as he took his bow. This show isn’t a pantomime and despite Ike being the bad guy, his performance was truly inspiring. Of course, you could also say it was a positive thing – the audience was clearly so captivated they believed he was the real Ike.

Overall, I’d describe the Tina Turner Musical as a timely retelling of a story that promotes the strength of a woman who despite her age, race and gender, defied the expectations of many to become a national treasure; not just in her own country but in many others too.

Groups, don’t miss this, it’s an absolute gem of a night out and one I anticipate will be in the West End for many months to come.

Tina: The Tina Turner Musical is playing at the Aldwych Theatre until February 2019. Group rates are available for parties of eight or more and 20 or more through www.nederlander.co.uk.