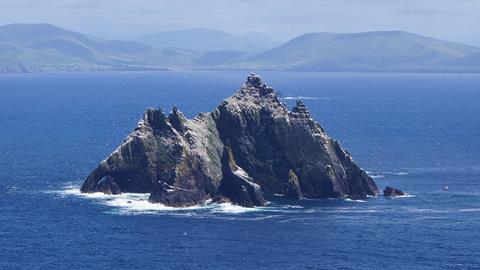 Ireland as seen on the big screen

Take your group to these tv and film locations when next in Ireland and Northern Ireland.

Some of Northern Ireland’s locations have been used for the filming of the popular HBO series Game of Thrones and it was announced last year that some of these locations would open to the public. For example, Castle Ward was used for the set of Winterfell, the home of the Stark family, and a variety of other locations can be visited too.

Head to County Donegal for Star Wars themed trips. The Wild Atlantic Way was used for filming parts of Star Wars: Episode VIII - The Last Jedi. See the sights between Malin Head and Donegal Town, plus if you’re lucky you might catch the Northern light of Grianan of Aileach.

Skellig Michael is another location with links to Star Wars. This tiny island has monastic settlements which date back to the 6th century. You’ll recognise this from The Last Jedi, where Rey and Luke Skywalker train together.

Travel back in time and visit the village of Cong in County Mayo, home to The Quiet Man, the 1952 film shot by John Wayne. Here you’ll find The Quiet Man Cottage Museum where you’ll discover Cong as it would have been during the filming.

Fans of the film Braveheart? Head to County Meath and Trim Castle where parts of the film, starring Mel Gibson, were captured. The grounds of the castle are open to the public all year round, and guided tours are also available here. 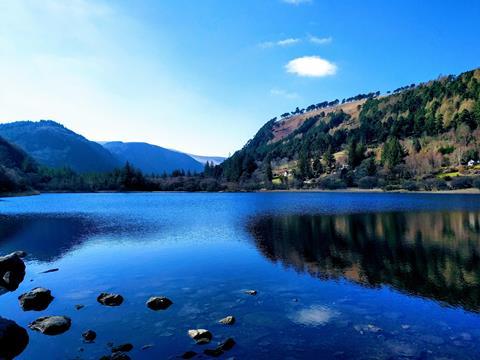 The TV show Vikings used the Wicklow Mountains to film some of its scenes, using its waterfalls, rivers and forests to help bring 13th century Scandinavia to life.

Want more to add to your trip? Head to Dublin

If you’re in Dublin, you’ll discover that plenty of tv and films have been shot here. This include Sing Street, a breakout for Ireland’s film industry. Filmed in the village of Dalkey, a quintessential place filled with pubs and locals, which is well worth a day trip. Plus, the film Once, about a couple in the heart of Dublin, uses the city as its backdrop. And Liam Neeson starred as Michael Collin, in the action film of the same name, which takes place in Dublin and