Group travel organisers tell us about paying their respects to the Queen, visiting London, camping for hours and heading to Windsor Castle.

The scenes in London have been nothing short of incredible, with hundreds of thousands queueing to see the Queen’s coffin and huge crowds turning out to watch the state funeral. 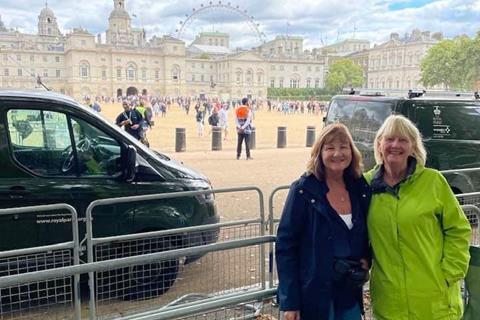 Christine (right) and her friend Denise Marner camped out for hours to get a spot opposite the Horse Guards Parade.

Some readers have been in touch to share their own experiences of travelling into London for the momentous occasion, all wanting to pay their tributes to Queen Elizabeth II.

For Christine Taylor of the Wye Valley Theatre & Travel Club, an all-night camping experience was worth every second for what they witnessed on the day of the Queen’s funeral. 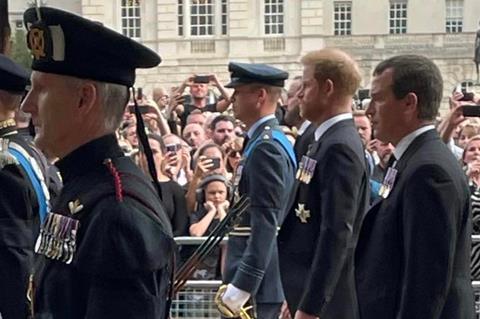 Christine and her friend witnessed at first-hand the royal family’s emotions.

Christine and friend Denise Marner managed to get a spot opposite Horse Guards Parade, arriving late afternoon on Saturday for an unforgettable day.

She said: “It was simply a day like no other and I shall never forget it.

“Every single person we met was kind and caring - especially our ‘waiting on Horse Guards Parade’ buddies.

“They were the best and we all shared everything; food and drinks, sweets, keeping places during toilet or walking breaks, info, knowledge, and the time passed more quickly then I ever imagined it would. 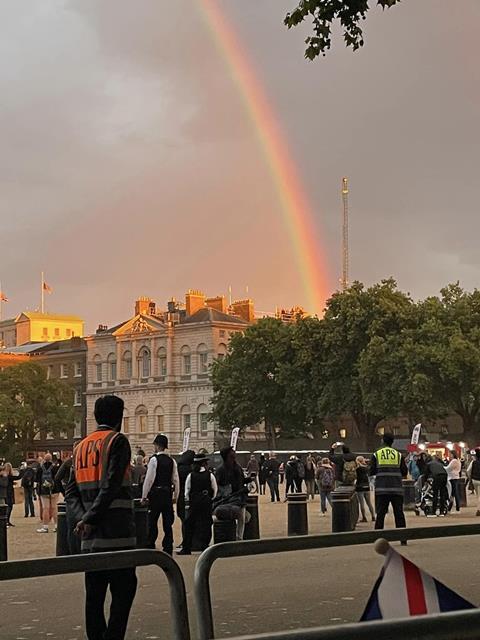 They witnessed the most beautiful rainbow appear on the eve of Her Majesty’s funeral.

“The sunrise on the day of the funeral was beautiful and then the whole day went exactly to plan.

“The sights were unbelievable, the music was just perfect, the pageantry was astounding and it was so apparent that nobody can do it like the Brits!

“Emotions ran very high; we were close enough to see into the cars when they were on their way to the Abbey and Prince George’s sadness was heart-wrenchingly obvious.

“It was a surreal and moving experience to sing the new words to the National Anthem.

“It was a day to hold your head high and be proud and one to remember forever.”

Usually it takes months to plan group outings but for Carol Swiecicka of Newton Abbot Travel Club, she had to act very quickly after hearing the news that Her Majesty had died, while on a group trip.

She said: “We had just got off the boat from Henley to Reading on the Thursday when we heard the news. The next day we were due to be visiting RHS Garden Wisley for the Flower Show so I started to panic that it wasn’t going to go ahead in the circumstances. But luckily it did and we had a lovely day. 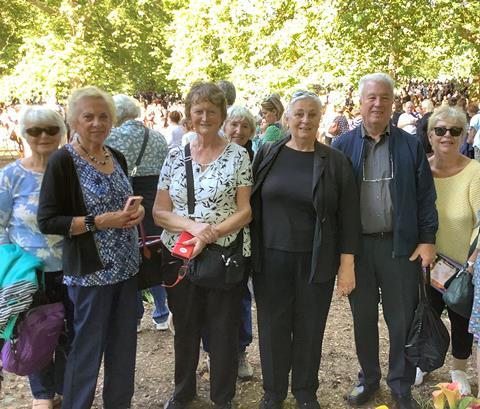 Carol Swiecicka from Newton Abbot Travel Club organised a last-minute group trip to London to pay their respects to Her Majesty.

“When we got home I was still in shock but a couple of people had asked if I was going to arrange a trip to London so we could pay our respects. I decided to on the Monday morning and went out to buy the train tickets the same day, and we went down on the Wednesday (14th September).”

Carol said it was a really positive atmosphere at Hyde Park where they headed to watch the procession on the big screen. 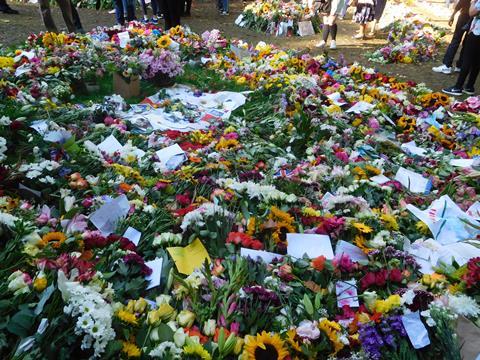 Carol took a bouquet of flowers from her garden to join the many tributes in Green Park.

She told us: “We were hoping to get into central London but the roads were all closed so we ended up in Hyde Park instead, watching the procession on the big screens with hundreds of others; that’s where the carriage guns were being fired too and one of the group was interviewed by a Canadian TV station.

Attractions across the UK have been sharing photos and memories of the Queen including Hever Castle, the Royal Albert Hall and the Science Museum.

See some of them in our round-up of the reaction.

“Afterwards we made our way to Green Park and didn’t have to queue for very long; we were all so pleased we could get in, take our flowers and leave our tribute. I took a bouquet from the garden and it was roughly the same flowers as the one that Charles put on Her Majesty’s coffin, including the scented geraniums which everybody commented on. 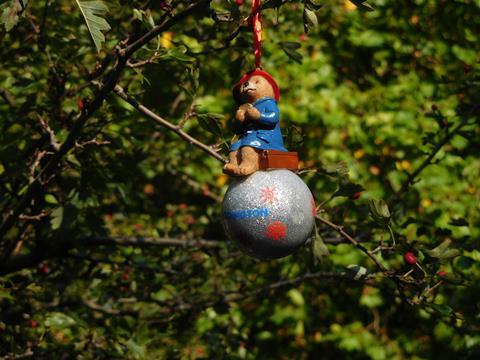 The group spotted this lovely tribute to Her Majesty in a tree in Green Park.

“It was a lovely sunny day and I’m so glad that I was able to arrange it for some of my members. The club are great supporters of the monarchy, and have attended many events like the Jubilee, the Queen’s birthday and in May this year, nearly 100 attended the Jubilee Pageant at Windsor.

“It was an emotional experience which will always be remembered.” 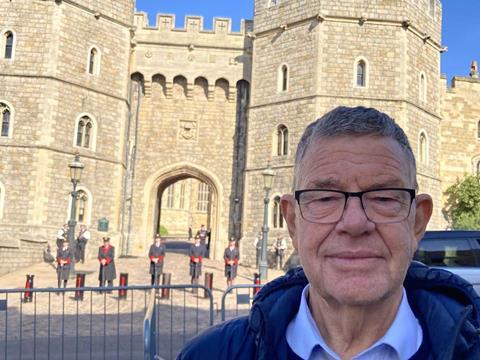 Geoff had a very moving experience at Windsor Castle.

Geoff Allen, Travallen Travel & Events headed down to Windsor in the run up to the Queen’s funeral on Monday 19th September to pay his respects.

He parked at Windsor Great Park, at the end of the Long Walk and said it was very worthwhile and a moving experience.

He added: “It was an unbelievable atmosphere with TV crews everywhere, amazing people and so much more.”