Group organiser Geoff Allen on his eventful visit to Chartwell

Geoff Allen, group organiser for Travallen Travel & Events, reports back from a “wonderful” outing to the National trust property of Chartwell in Kent, the family home and garden of Sir Winston Churchill… even if there were a few hurdles along the way. 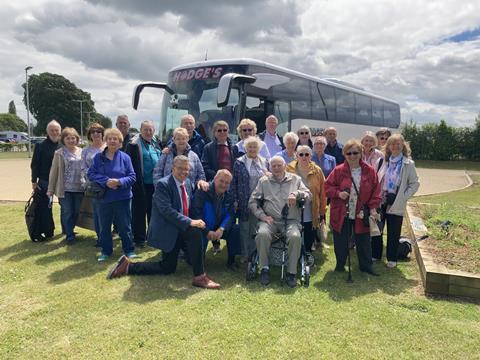 Geoff Allen (red tie in front) pictured with his members on a trip to Chartwell in Kent.

They sometimes say an incident during an event makes it more memorable for better or worse. The Travallen Travel & Events’ visit to Ightham Mote and Chartwell was supposed to have taken place in May 2020 but as Government restrictions prevented travel, our intended visit was postponed no less than four times!

It became apparent during lockdown that Ightham Mote would not accept group visits for the foreseeable future but with a full coach of guests patiently waiting to have a day out, we eventually reorganised the visit to Chartwell with a lunch stop at pretty Westerham which was substituted for Ightham Mote.

We started our day on a sunny morning and headed for our extended lunch stop at Westerham, but when we arrived trouble hit. A fellow guest pointed out that another member of the group had unfortunately cut her leg which was badly bleeding so an ambulance was immediately called and duly arrived within 12 minutes.

During this time, my first aid training kicked in and we were able to get the patient laying down and elevated on an adjacent bench. Once the ambulance arrived and the patient was being looked after by paramedics, the road was now partially blocked by both the coach and the ambulance which entailed both myself and driver Kevin taking on traffic direction duties until we were due to leave Westerham! Back on schedule without our patient and her husband, we were advised that a doctor would assess the patient and he would then take the couple on to Chartwell. Thankfully she was fine and they both rejoined the group later.

A very professional introductory short talk about Chartwell was offered by Sarah, a member of the team, when we arrived at the histortic estate. I say team, because it was very apparent that the entire staff were out to make our visit as pleasurable and enjoyable as possible. Overall arrangements for our visit were initially made back in 2019 and overseen by Beverley of National Trust Chartwell. Beverley was instrumental in keeping the planned visit on track from inception to the day itself. She was so helpful, professional and friendly throughout all the many changes we endured to keep on track. 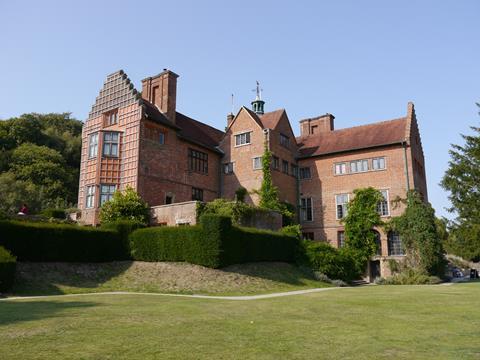 Chartwell is the family home of Sir Winston Churchill.

Included in our visit was an arranged cream tea and further praise must go to the catering staff of the Mulberry Restaurant who presented our food and drink brilliantly. Once again, smiling and professional staff made the cream tea an absolute pleasure.

We learned so many interesting facts while exploring the house and grounds. Churchill bought the property in September 1922 and lived there until shortly before his death in January 1965. In the 1930s, when Churchill was out of political office, Chartwell became the centre of his world: at his dining table, he gathered those who could assist his campaign against German re-armament and the British Government’s response of appeasement; in his study, he composed speeches and wrote books; in his garden, he built walls, constructed lakes and painted.

There was so much to learn and so much to enjoy on the day. Even unplanned incidents can’t spoil our trips and it was a day that all of our Travallen Travel & Events guests very much enjoyed.