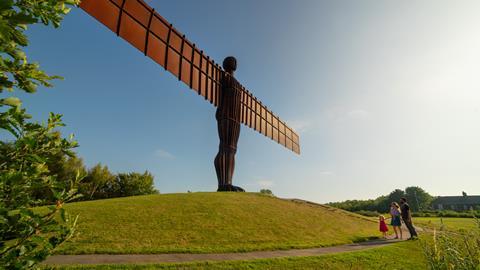 Walking groups and lovers of the great outdoors can now discover a different side of North East England through six newly launched routes that bring the past to life.

The Northern Saints Trails are based on ancient pilgrim routes and position the North East as the ‘Christian Crossroads of the British Isles’. They bring the fascinating stories of the region’s saints to life, set against a backdrop of group-friendly attractions and accommodation, stunning landscapes and fantastic food and drink.

The six routes reflect the saint’s journeys and their connections with the North East, and recognise the significance of Durham Cathedral as a destination for pilgrims for centuries – from connections with St Cuthbert, who was brought to Durham Cathedral from Lindisfarne by monks in the 9th Century, to the Venerable Bede whose shrine has laid in the Galilee Chapel since the 14th century.

Transporting walkers from the dawn of Christianity through to contemporry pilgrimage via Dark Ages battles that changed a region’s faith, and abbeys that matched Rome for majesty. The breathtaking Way of Light starts at the site of a battle victory for the future king and saint Oswald. It proceeds via historic Hexham and its abbey, and pauses alongside Ushaw: Historic House, Chapels and Gardens, a dramatic ensemble of Gothic Revival edifices, chapels and gardens.

Following the influence of three important female figures in the establishment of Christianity in England, whilst mixing maritime and mining heritage, and nationally important nature reserves. The scenery here has perhaps avoided the attention that other parts of the North East get today because its most outstanding parts remain so hidden. The steep wooded valleys known as denes are one of the region’s most distinctive topographical features and are easy to miss by the most eagle-eyed traveller until the last moment.

Traverse Tyneside, from a sandy seaside village to the site that once housed St Cuthbert’s remains, through a legacy of medieval magic and Industrial Age endeavour. Newcastle and Gateshead, the two areas in which The Angel’s Way spends most of its time, are symbols of how places can rise, fall and rise again to become cultural life forces, showcasing some of England’s most enticing arts and architecture.

Healing waters, one of England’s oldest churches and a palatial castle where Prince Bishops once resided, The Way of Life commences at one of Durham’s loveliest villages, the spa village of Gainford: a vital early Christian settlement raised around St Mary’s Church and Well, alongside waters thought to have had healing properties since pagan times

This route takes walkers on the trail of England’s original scholar, the Venerable Bede, through a rich legacy of the North East’s foremost industry, inventiveness and innovation. This is the most urban of the six Northern Saints Trails and while it might have less of the jaw-dropping countryside than the others, it compensates by being packed with cultural eye-openers. The area has produced countless firsts: the first English history book; England’s first stained glass; first incandescent light bulb. 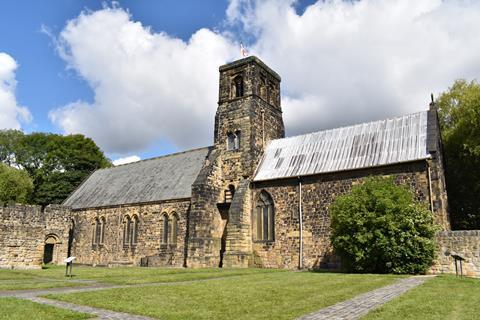 On this trail walkers will encounter signs of just about every purpose that people here ever derived from the sea. Discover more insights into the region’s unique maritime heritage at Newbiggin-on-Sea and its museum dedicated to the volunteer life-saving groups that helped the coastguard along this tempestuous coast at Seaton Sluice.

The Northern Saints Trails offer route options for all ages and abilities and the Passport allows visitors to collect stamps at attractions and places of interest along the way. For participating venues and more details about the routes visit www.northernsaints.com