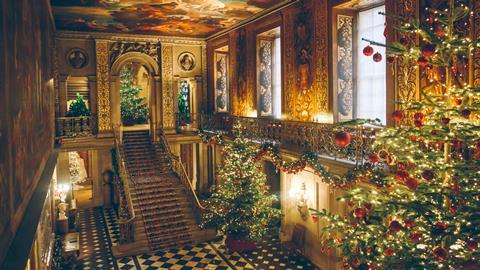 Christmas planning: a round-up of some top trips to celebrate the festive season

We’ve already covered loads of top Christmas experiences for groups in our August edition here, but with so many new announcements to look forward to over the coming months, we’ve rounded-up a few of our favourites.

This year Chatsworth in Derbyshire will transport its guests around the globe on an immersive experience full of atmospheric lights, rich colours and different sounds. The grand rooms will be dressed in homage to countries travelled to by generations of the Dukes and Duchesses of Devonshire, with guides sharing stories of adventure from across the globe. Morocco, India, Holland, Italy, China, Japan, Portugal and America will feature in the experience, as well as a variety of memorabilia from around the world.

The site of the code-breakers in Buckinghamshire will host a retro, 1940’s grotto, perfect for younger members of the group looking for a unique twist on a festive favourite. The grotto will be staged in the library, which was used as an office in World War Two. The decorated library will feature vintage toys and Christmas lights, with every child receiving a traditionally wrapped present. There will also be crafting activities and a festive trail to follow around the park. 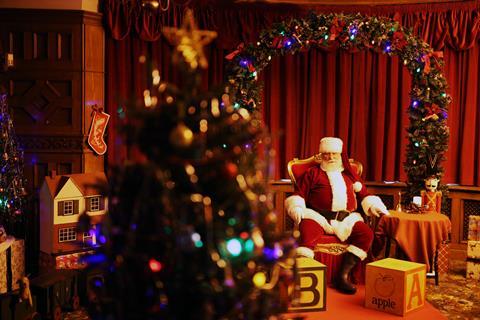 Children can visit the retro grotto at Bletchley Park over the festive season.

For a spot of theatre…

Nativity! The Musical performs at London’s Eventim Appollo from 11th - 29th December with a star-studded cast. Sharon Osbourne, Danny Dyer, Rylan Clark-Neal, Dani Dyer and Simon Lipkin will all take to the stage in the hilarious comedy.

Groups can step into Alice’s world with giant illuminated sculptures to illustrate stories from Alice in Wonderland and Alice Through the Looking Glass. There’ll be a giant chess board, the Mad Hatter’s tea party and a four-metre tall Alice lantern. The trail will also feature illuminated tulips and flamingos and festive food and drink will be available. 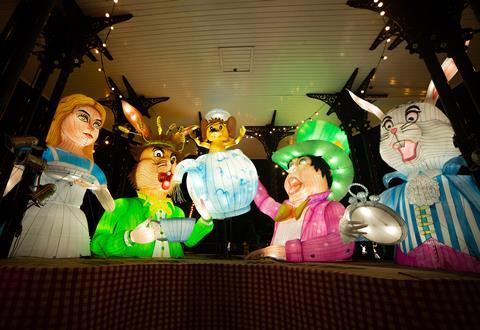 Described as a ‘mesmerising 90-minute journey of light, sound and wonder’, Castle of Light at Edinburgh Castle will use state-of-the-art projections to transform the Scottish landmark. Animations will light up walkways with Gillian MacDonald, head of business development at Historic Environment Scotland, adding:“Castle of Light invites visitors to watch the history of this iconic landmark come to life as it illuminates the very walls that saw it unfold. Guests will have the chance to follow in the footsteps of Scotland’s heroes as they’re welcomed by stunning visuals and impressive lighting installations within the Castle’s walls.” 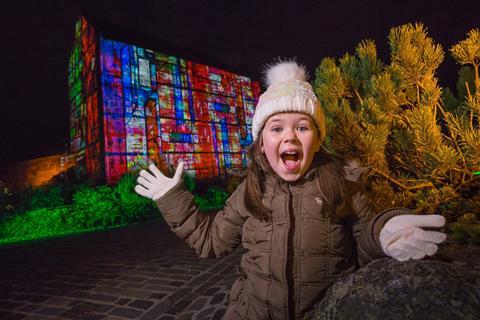 One visitor enjoying the illuminations at Edinburgh Castle.

For a spot of shopping…

Tudor Markets is back for its sixth year running on the banks of the River Thames in London, providing more than 75 cabins offering festive gifts and more. The market is open from 26th November - 5th January and also has international food and drink stalls to keep you refreshed while searching for the perfect gift.

Fans of Harry Potter can go behind-the-scenes to see Hogwarts transform into festive haven. Visitors will see the series’ most iconic film sets decorated for the season, with The Great Hall transformed for the Yule Ball and a blanket of film making snow will be applied to the castle model. The Gryffindor common room will also be dressed for the season and the Dinner in the Great Hall event will be available from 9th - 11th December.

The rooms of the medieval palace building in Somerset will be adorned with decorations on a different theme, from medieval through Victorian to Nordic. The Entrance Hall will be warmed by a festive fire, and seasonal greenery and foliage from the palace gardens will be used to create adornments to complement the historic interiors. A Christmas-themed family trail will be available too, taking visitors through the palace and its gardens, eventually leading to a nativity scene. Live music and theatre is also available on selected dates. 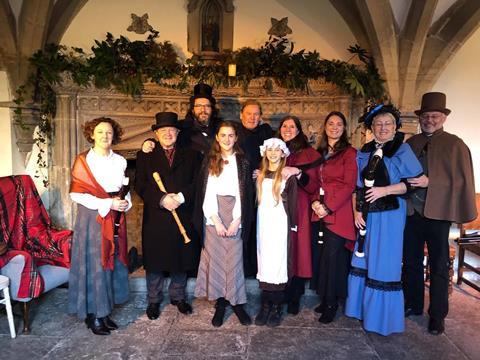 For a historical experience, visitors to Beamish over the festive period will be able to see how Christmas was celebrated in the 1820s, 1900, 1940s and new for this year, the 1950s. As well as this, there is a three-course Christmas Lunch package available which is served in a private room which overlooks the 1900’s town.