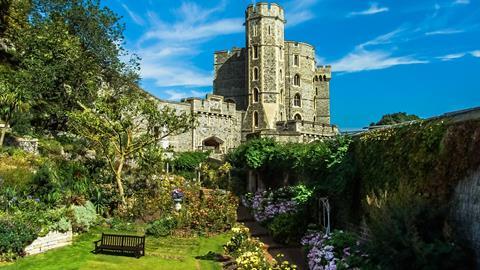 Celebrate The Queen’s Platinum Jubilee with these special outings

We want you to know that you can celebrate The Queen’s 70th year on the throne beyond her June coronation date, with these special exhibitions and attractions.

And do let us know what you’re up to by commenting at the bottom of this story.

Of course, so much focus will be on Windsor Castle (pictured above) this year which has remained a constant in The Queen’s life, from her early childhood and teenage years spent there during World War Two, to magnificent state and ceremonial occasions throughout her 70-year reign. Windsor has certainly been a peaceful refuge in which to raise a family.

From July to September, a special display titled Platinum Jubilee: The Queen’s Coronation will be included in a group visit to Windsor Castle. Aside from the usual things you can enjoy while at the the 1,000-year-old Berkshire site, you can see the Coronation Dress and Robe of Estate worn by Her Majesty on her Coronation in 1953 which will both be part of the display.

A coach park is located a ten-minute walk from Windsor Castle and groups of 15 people or more receive a 10% discount on the price of admission, as well as a multimedia tour. 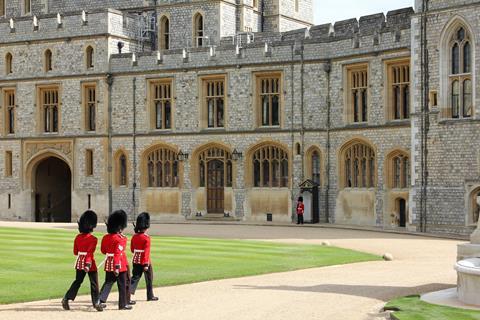 Windsor Castle is hosting a special display from July to August.

Buckingham Palace will also play a big part during the Platinum Jubilee and you will be able to see a special display called Platinum Jubilee: The Queen’s Accession, when visiting from July to October. Groups will be able to see portraits of The Queen by Dorothy Wilding in 1952 made shortly after her accession to the throne, alongside a collection of Her Majesty’s personal jewellery.

Another option to consider is the Garden Highlights Tour which explores the history of Buckingham Palace’s 39-acre garden, showing off the beautiful herbaceous border, the wisteria-clad summer house, rose garden and palace tennis court.

Plus, between the multimedia tour of the palace’s State Rooms and a guided tour of the garden, groups can take in panoramic views of the lawn and the lake while enjoying tea and cakes from the Garden Café. A visit to the Garden Shop is also a must. 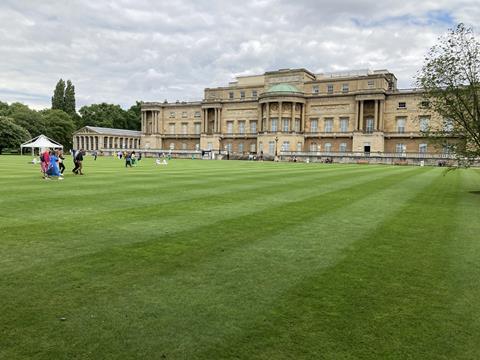 Groups can explore the grounds of Buckingham Palace on a Garden Highlights Tour.

Floral display Superbloom will open at the Tower of London on 1st June and evolve over the season. Groups will have the chance to walk through the transformed space, taking time to slow down and absorb the nature around them. It’s set to be the first stage of a permanent transformation of the moat and will eventually create a natural landscape in the heart of the city.

A display of outfits worn on occassions to celebrate Her Majesty’s Silver, Golden and Diamond Jubilees will be showcased from 3rd July to 25th September at the Palace of Holyroodhouse in Edinburgh. As the official residence for The Queen in Scotland, groups can see Her striking ensemble of dress, coat and stole in pink silk crepe and chiffon with a matching hat. The ensemble was worn at the Service of Thanksgiving at St Paul’s Cathedral on 7th June 1977. 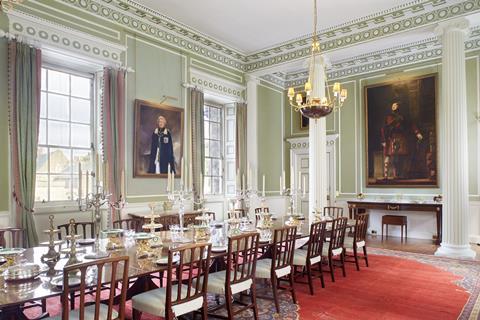 The Royal Dining Room at the Palace of Holyroodhouse is just one of the many grand rooms you’ll see alongside the exhibition.

Why not visit the very place where it all began? A tour of Westminster Abbey will have your group exploring the place that’s touched the lives of kings and queens since 1066 as the coronation church. It’s within these walls that a specialist guide can show you exactly where a 25-year-old Princess Elizabeth pledged her life to the crown in 1953. It was to be the first ever televised coronation with people all over the world tuning in for the event.

There is so much going on this year around the country, but for now we’ll finish at Kensington Palace which is hosting a Life Through a Royal Lens exhibition which explores the Royal family through photography.

It brings together some of the most iconic images ever taken, to more intimate family portraits, including photographs taken by Royal family members themselves. The display, which is open until 30th October and included in the admission price, explores the British Royal family’s relationship with the camera, spanning from the 19th century up until the present day.

For more information about events taking place across the country to celebrate the Platinum Jubilee, visit www.platinumjubilee.gov.uk