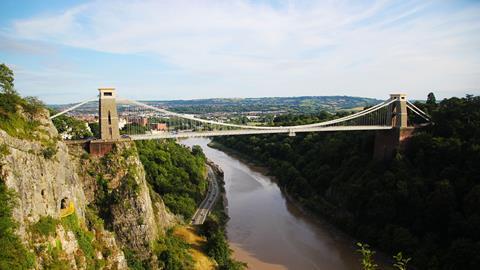 8 of the most beautiful places in… Somerset

Here is what Somerset has to offer to groups who appreciate a scenic view, in the city and the countryside.

Spanning the Avon Gorge, the Clifton Suspension Bridge is a prime example of Victorian engineering, designed in 1830 by Isambard Kingdom Brunel. The bridge, with its stone towers, is said to have been inspired by the Temple of Hathor in Dendera, Egypt.

The bridge visitor centre usually offers a range of tours to pre-booked groups, ranging from an all-encompassing look at the history of the bridge to specialist tours for engineers, Brunel enthusiasts or historians.

Clevedon Pier is set on the east shore of the Severn Estuary and was described by poet Sir John Betjeman as the most beautiful pier in England. The aGrade I listed site offers a landing stage for steamers, and is a popular attraction for tourists and anglers.

Known as the ‘seaside heart’ of North Somerset, Weston-super-Mare is dominated by long stretches of glorious beach. Just a stone’s throw away from the seafront is a bustling town centre with high street names and smaller speciality shops. There’s usually a programme of events throughout the year too such as the Weston Air Festival and Weston Carnival. 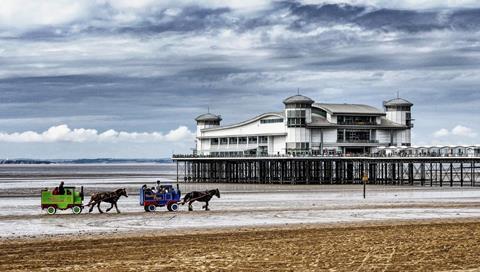 There’s fun for all ages at Weston’s Grand Pier.

The Mendip Hills are a range of limestone hills to the south of Bristol and Bath. The hills overlook the Somerset Levels to the south and the Chew Valley to the north. The higher, western part of the hills has been designated an Area of Outstanding Natural Beauty.

Walking groups can take on a number of routes of varying challenge, and there are many footpaths and bridleways that are clearly marked throughout open access areas. 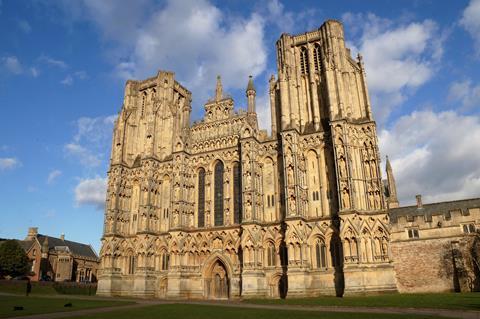 The cathedral also has one of the largest collections of historic stained glass in the country, and group travel organisers can pre-book guided tours or special interest tours. There’s also usually group catering available and various benefits including a free place for the group organiser, tour manager or bus driver.

The Seafarer’s Sculpture was created by artist Michael Dan Archer. It consists of a forest of granite columns by the sea in the Port Marine development in Portishead near Bristol.

The 108 granite columns vary in height and are arranged in serpentine aisles, and at the crest of the mound a stone has been set for visitors to sit on and contemplate the sea. From land or sea, the view reveals that the columns form the profile of a wave. 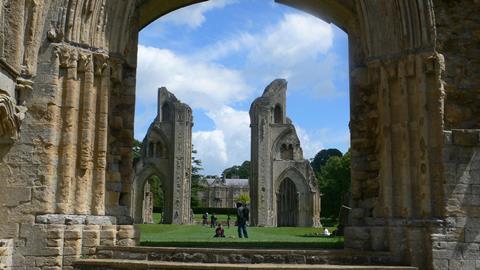 Discover the history, legends and spirit at the historic Glastonbury Abbey which is a tranquil setting with an incredible past. Groups can wander through the grounds, visit the legendary burial place of King Arthur or marvel at the Holy Thorne.

It’s one of England’s earliest, most important and most fascinating abbeys and there’s an outdoor café and a gift shop with the opportunity to book a costumed guide to help bring its history to life.

Sydney Gardens is the oldest park in the city of Bath, situated behind the Holburne Museum. 12 acres in size, it became very popular towards the end of the 18th & 19th century and was frequently visited by members of the Royal family.

Today the park contains trees, shrubberies, lawns, flower beds and tennis courts, and is popular for its bridge views of the railway line for spotting trains. The Kennet and Avon Canal also runs through the park.