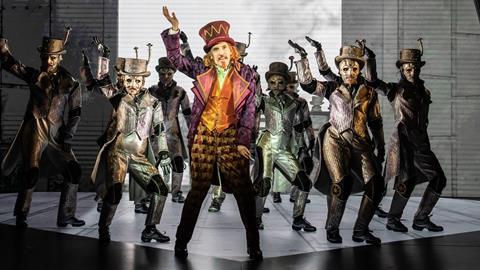 We’ve rounded up ten theatre shows which are hitting the road throughout 2023. Expect much-loved musicals, true stories and something for all interests.

1. Roald Dahl’s Charlie and the Chocolate Factory the Musical

If you love the film then you will adore the stage show. Charlie and the Chocolate Factory The Musical (pictured above) tells the iconic tale of young golden ticket winner Charlie Bucket and the mysterious confectionery wizard Willy Wonka. When Charlie wins a golden ticket to the weird and wonderful Wonka Chocolate Factory, it’s a chance of a lifetime, but beyond the gates astonishment awaits. The show also features memorable songs from the 1970s film as well as a host of new numbers.

This will be the first time that Life of Pi has taken to the road. The Olivier Award winning stage adaption of Yann Martel’s best-selling novel is currently running at Wyndham’s Theatre in the West End and stars an extraordinary life-size puppeteered Bengal Tiger, as well as other ‘animals’, that bring this magical tale to life. After a cargo ship sinks in the middle of the vast Pacific Ocean, there are five survivors stranded on a single lifeboat – a hyena, a zebra, an orangutan, a 16-year-old boy and a 450-pound Royal Bengal tiger. Time is against them, nature is harsh, who will survive? 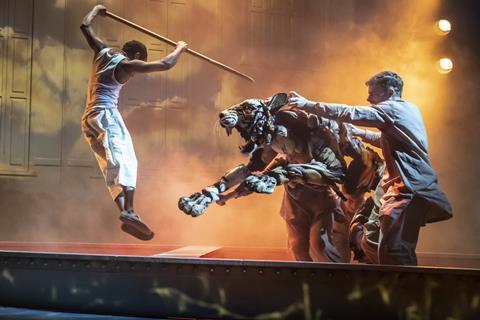 Expect thrilling scenes with a puppet Bengal Tiger in the Life of Pi.

Based on real people aboard one of history’s most famous liners, Titanic the Musical is a stirring production focusing on the hopes, dreams and aspirations of the ship’s passengers who each board with different ambitions. With music and lyrics by Maury Yeston and a book by Peter Stone (Woman of the Year and 1776), the pair have collectively won an Academy Award, an Emmy Award, an Olivier Award and three Tony awards.

Following two record-breaking seasons at London’s The Other Palace and a West End transfer to the Theatre Royal Haymarket in 2018, Heathers the Musical will embark on a new tour, taking the 2023 class of Westerberg High to a venue near you. It became the highest grossing show at The Other Palace, having sold over 20,000 tickets across the run and selling out prior to its opening gala performance. Veronica Sawyer is just another nobody dreaming of a better day. But when she joins the Heathers, her dreams of popularity may finally come true, mysterious teen rebel JD teaches her that it might kill to be a nobody, but it is murder being a somebody.

This new production of 42nd Street will be directed by Jonathan Church (Singin’ in the Rain and The Drifters Girl), featuring a hit parade of toe-tapping songs, including the title number, We’re In The Money, Lullaby of Broadway, Shuffle Off To Buffalo and I Only Have Eyes For You. Fresh off the bus from small-town America, young and beautiful Peggy Sawyer arrives in New York City dreaming of her name in lights. She quickly catches the eye of a big-time director and lands a spot in the chorus line of Broadway’s newest show… and when the leading lady gets injured, Peggy gets her shot at stardom.

Tour dates: opens at Leicester Curve on 17th May 2023 until 28th October 2023 at Belfast’s Grand Opera House (and more dates are still to be added).

The West End production of Annie will be returning to a theatre near you throughout 2023, with its Tony award-winning book and score, including songs like It’s The Hard-Knock Life, Easy Street, I Don’t Need Anything But You and Tomorrow. Set in 1930s New York during The Great Depression, Annie is forced to live a life of misery at Miss Hannigan’s orphanage. Her luck soon changes when she’s chosen to spend Christmas with famous billionaire, Oliver Warbucks. Strictly Come Dancing judge Craig Revel Horwood will share the role of Miss Hannigan with television host Paul O’Grady on the run.

Tour dates: opens at Leicester Curve on 25th February 2023 until 25th November 2023 at Bristol’s Hippodrome Theatre (and more dates are still to be added). 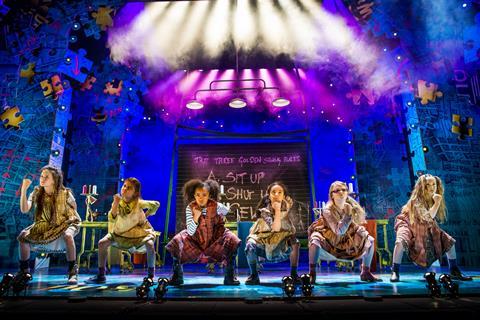 Groups can sing along to some of Annie’s classic hits, including It’s The Hard Knock Life.

Emmerdale and Hollyoaks star Ayden Callaghan will join the Grammy-nominated, former Pussycat Doll, Melody Thornton for the forthcoming UK and Ireland tour of The Bodyguard in the roles of Frank Farmer and Rachel Marron respectively. Former Secret Service agent turned bodyguard, Frank Farmer, is hired to protect superstar Rachel Marron from an unknown stalker. Each expects to be in charge; what they don’t expect is to fall in love. Groups can expect all the hits from the film and the Whitney back catalogue, including Queen of the Night, So Emotional, One Moment in Time, Saving All My Love, Run to You, I Have Nothing, I Wanna Dance with Somebody and one of the biggest hit songs of all time – I Will Always Love You.

Tour dates: opens at Glasgow King’s Theatre on 28th January 2023 until 30th December 2023 at The Alexandra in Birmingham (and more dates are still to be added).

The hit rock & roll musical Buddy – The Buddy Holly Story is back in the UK for 2023, hitting the road off the back of its 30th year anniversary run. Buddy tells the story of the star’s rise from his southern beginnings to international fame, and his final performance at the Surf Ballroom in Clear Lake, Iowa, before his tragic death at the age of 22. In 18 months the boy from Lubbock, Texas, is widely accepted to have revolutionised the face of contemporary music. The performance also includes the hits That’ll Be The Day, Peggy Sue, Oh Boy, Everyday and Rave On.

Tour dates: opens at Basildon’s Towngate Theatre on 22nd February 2023 until 7th October at Barnstaple’s Queen’s Theatre (and more dates are still to be added). 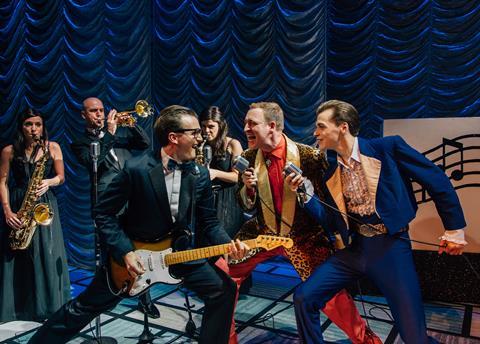 After an exceptional West End run (you can read our review here), discover the remarkable story of The Drifters, one of the world’s greatest vocal groups, and the truth about the woman who made them. Faye Treadwell, the manager of The Drifters, fought for three decades alongside her husband to turn the Atlantic Records’ vocal group into a global name. Groups choosing The Drifters Girl can expect a top soundtrack blended with the trials and tribulations of show business.

Tour dates: opens at Southampton’s Mayflower Theatre on 12th September 2023 until 13th January 2024 at Bristol’s Hippodrome Theatre (and more dates are still to be added). 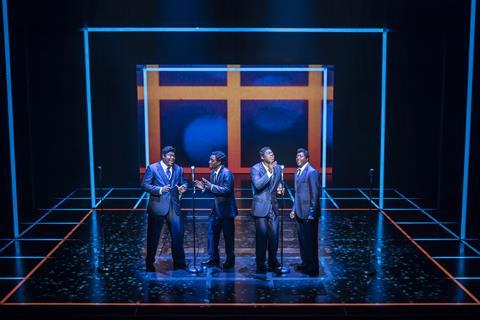 The Drifters Girl tells the story of the band’s manager and how the group rose to stardom.

Do you have any avid Take That fans among your group? If so, you won’t want to miss this one. Greatest Days celebrates the 20th anniversary of Take That’s first ever UK number 1 single Pray, with 15 record-breaking songs from the boy band also included, alongside a story of love, loss and laughter from award-winning writer Tim Firth. The show follows five boy band obsessed best friends in the 1990s, who reunite over 20 years later to see their heartthrobs one last time in what could be one of the ‘greatest days’ of their life.

Tour dates: opens at Bromley’s Churchill Theatre on 5th May 2023 until 25th November 2023 at Leeds Grand Theatre and Opera House.