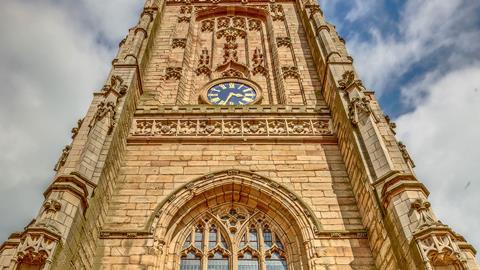 With its central England location, Derby is a fascinating place to visit to explore the city’s local attractions and surrounding Peak District.

Home to the Derwent Valley Mills World Heritage Site, Derby has heritage and culture at its heart with three free museums in the city and National Trust properties on the doorstep, as well as restaurants, hotels and shopping experiences.

Here are a handful of attractions and events to inspire your next group trip.

Derby Cathedral (pictured top) towers above the city. It has the second-highest perpendicular church tower in England and a family of peregrine falcons have nested there for many years. The cathedral is a fascinating place to visit, light and airy and steeped in history. Discover the tomb of Bess of Hardwick (a creation designed by the lady herself), marvel at the intricate Bakewell Screen and climb the 189 steps to see spectacular views of Derby and the surrounding four counties.

Listen out for the bells, too. They are said to be the oldest set of ten bells in the world, one of which was cast in 1520 during the reign of Henry VIII and is still in use over 500 years later, making it one of the oldest working objects in Derby.

Visit between 23rd April to 12th June to experience an art installation featuring 8,000 paper doves suspended on ribbon above the nave. Created by sculptor and artist Peter Walker, the display will be accompanied by a soundscape from composer David Harper. Take your group to appreciate its scale and beauty and a sense of serenity and peace. 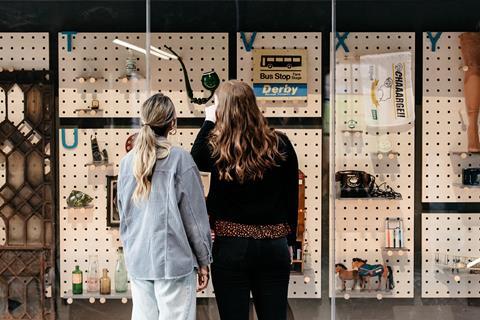 Groups can explore the collections at the Museum of Making which opened in 2021.

Derby Museums is home to the world’s largest collection of works by Joseph Wright of Derby. Born in Derby in 1734, Wright’s paintings and works on paper adorn the walls of major galleries across the world. Known as a ‘painter of light’ and for his association with key members of the intellectual movement the Enlightenment, he is considered to be one of Britain’s most wide-ranging painters.

The Joseph Wright Gallery is a permanent space dedicated to showcasing the full range of his paintings alongside small, temporary displays of drawings and prints from the museums’ collection.

The team at Derby Brewing Company is passionate about beer and enjoys sharing their knowledge with everyone who loves beer as much as they do.

The tours take place in two parts: first, take a micro-brewery tour around the site with one of the knowledgeable brewers to learn how the beer is made and sample some of the latest brews straight from the cold store. Afterwards, enjoy lunch at The Tap on Derwent Street in Derby and take a bottle of Derby Brewing Company’s beer home to enjoy later.

Explore all things making and even discover your ‘inner maker’ at Derby’s Museum of Making which opened in 2021.

Situated at the southern part of the Derwent Valley Mills UNESCO World Heritage Site, the museum is a contemporary space telling Derby’s 300-year history of making to inspire new creativity on what is widely regarded as the site of the world’s first factory. Museum entry with lunch and exhibition options are available for groups. 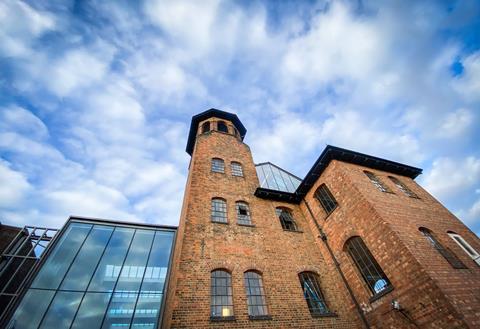 Learn about Derby’s 300-year creative history at the Museum of Making.

Visit the region’s newest winery located in Darley Abbey, part of the Derwent Valley Mills World Heritage Site. It’s a great way to spend a few hours with your group while you learn about the process of wine making, followed by a tutored tasting of the award-winning wines with expert maker Kieron Atkinson, plus some cider tasting and pairing the drinks with regional cheeses.

There is also a selection of great eateries in Darley Abbey if you fancy a bite before or after the tour and the beautiful Darley Park is nearby for lovely walks.

The Chocolate Factory is Derby’s newest and most exciting multi-events venue, housed in the industrial setting of an old chocolate factory which hosts events such as Bingo Loco, The Great Derbyshire Beer Festival and The Gin and Rum Festival. Home to the award-winning Bustler Market, a street-food market which showcases some of the UK’s best street food, a wide range of craft beers, cocktails and live DJs. 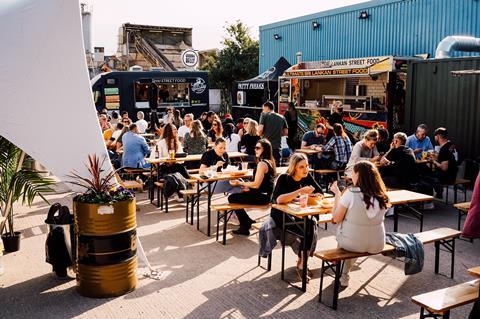 This new whisky tour is an opportunity to take a guided look behind the scenes of the region’s first whisky distillery. Learn about the whisky-making process from start to finish, including the raw materials, still house processes, distillery equipment and cask selection that contribute to the taste of the single malt spirit.

On your way around, you can try various samples, some straight from the cask. The tour is followed by a tasting in the still house and a more in-depth discussion around all things whisky.

You might like to include Royal Crown Derby’s collections on a Museum Collections Tour where you will learn to identify the oldest items, see the lavish dinner services made for American millionaires, and feel how light the amazing eggshell tea cups are. Get hands-on with the collections and see the exquisite pattern books from the earliest days of the factory. 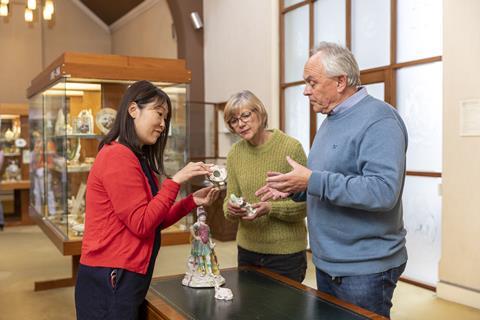 Get up close to the collections at Royal Crown Derby on a group tour.

Just a few miles out of Derby, take a trip back in time to the 1760s at the neoclassical mansion set in 800-acres of parkland. The National Trust, Kedleston Hall was designed for lavish entertaining and displays an extensive collection of paintings, sculpture and original furnishings.

The Hall was used as a key location for the film The Duchess, starring Keira Knightley and Ralph Fiennes, as well as Tarzan, starring Alexander Skarsgard and Samuel L Jackson.

For more information about group visits to Derby, visit www.visitderby.co.uk/groups or email tourism.marketing@derby.gov.uk.