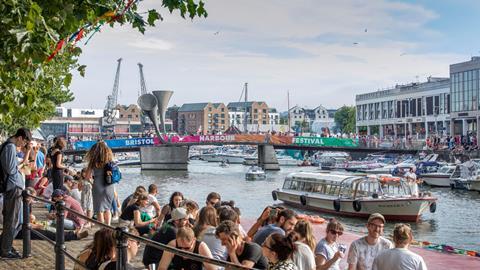 Groups visiting Bristol throughout 2022 can enjoy a programme of events, as well as new openings and festivals, appealing to those of all interests, from cultural connoisseurs to history enthusiasts.

Known for its maritime history, restaurants, acres of parkland and its sustainable approach, Bristol has created its own distinctive identity in the South West. Today, visitors are attracted to the city’s year-round festivals, cycle tracks, cutting-edge gastronomy as well as stunning cityscapes, inspiring street art and lively music scene. Here’s a round up of some of the city’s new openings, festivals and well-known events.

Opening in June, from the team behind the hugely celebrated BoxPark in London, BoxHall Bristol is set to be a new destination dining hub and event space in Bristol’s Welsh Back on the waterfront. It is said to be a specialist food hall hosting independent restaurants, street food traders and pop-ups for all-day dining, live music and events including art shows and film screenings.

As part of the UK-wide project UNBOXED: Creativity in the UK, a decommissioned North Sea offshore platform will be transformed in summer 2022 into a public art installation in Weston-super-Mare, a short drive or train ride away from Bristol. See Monster, the free-to-visit installation, which will be situated in the Tropicana – a former Art Deco lido – and promises to be an immersive, sensory art experience, harnessing renewable energy from the natural elements, celebrating the great British weather and exploring the concept of re-using inherited structures.

The World Reimagined is billed as a ground-breaking, national art education project aimed at transforming how people understand Transatlantic Slavery. The project will see a trail of large Globe sculptures in Bristol starting in August and ending during Black History Month in October. The Globes will be created by artists seeking to bring to life the reality and impact of Transatlantic Slavery. 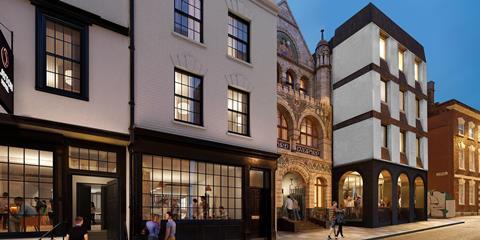 The Clayton Hotel is a new addition to the city centre.

In March, the former Edward Everard printworks in Broad Street, an impressive example of Art Nouveau architecture, is set to open as four-star Clayton Hotel courtesy of the Dalata group. It is said that William Morris had some of his wallpapers and textiles printed here, including his familiar Strawberry Thief design. The new hotel will provide 255 rooms and a restaurant as part of a mixed-use development in the heart of the city.

Elton John returns to Bristol on 22nd and 26th June for two dates on his Farewell Yellow Brick Road: The Final Tour. Ashton Gate Stadium is the only venue in the South West where the singer-songwriter is performing. Hospitality packages are available if you fancy splashing out.

The city’s Harbour Festival takes place from 15th to 17th July, celebrating its 50th anniversary, having been postponed the last two years due to the pandemic. Expect a mix of music, maritime fun and markets based around Bristol’s historic harbourside with live performances, entertainment for all ages, circus acts, street food and market stalls, and hundreds of sailing ships in the harbour. 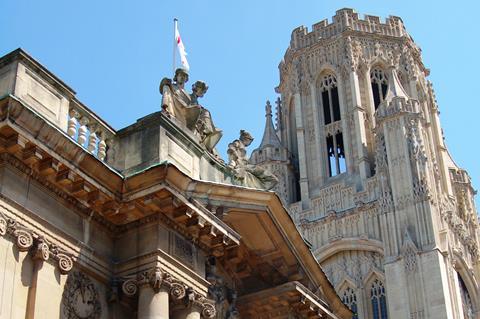 From now until 4th September visitors to at Bristol Museum & Art Gallery can see an exhibition of works selected by leading artist Grayson Perry during season two of the popular TV series, Grayson’s Art Club.

Bristol’s largest free fiesta returns in August at Ashton Court Estate with over 100 hot air balloons gathering for mass ascents at dawn and dusk, tethered displays and the Night Glow spectacles at what is said to be the largest event of its kind in Europe. Held over four days, visitors will be able to wander around the market, fairground rides and street food stalls and soak up the live music. 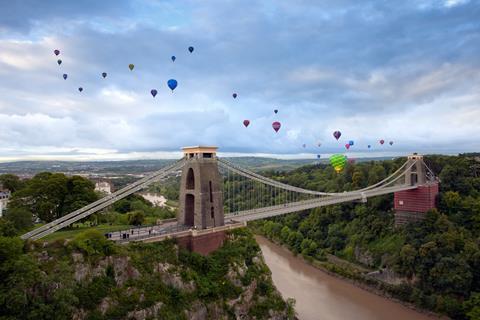 Bristol’s Balloon Fiesta is said to be the largest event of its kind in Europe.

Spike Island – the international centre for the development of contemporary art and design by Bristol Marina – has an eclectic mix of exhibitions running throughout 2022, including Eric Baudelaire and Alvin Curran’s exhibition When There is No More Music to Write (28th May - 18th September). The galleries are open from Wednesday to Sunday afternoons and admission is free.

10. Seminar: Marking the 40th Anniversary of the Falklands War

On 23rd May, Aerospace Bristol will be marking Bristol’s role in the Falklands Campaign, 40 years ago, with a daytime seminar presented by a number of members of the military who served. Guided tours exclusively for groups are also available at the attraction.