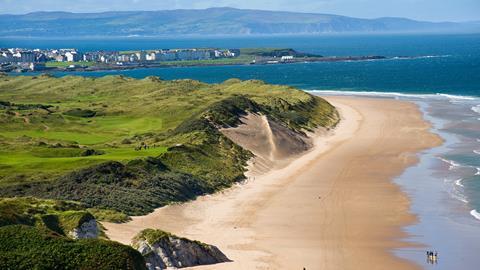 From the vibrant and eclectic music scene of Belfast to the geological wonder of The Giant’s Causeway, a trip to Northern Ireland is sure to be a hit at any time of the year.

Belfast is well-known for its incredible music scene, and now it has been internationally recognised by being awarded the coveted City of Music status by UNESCO which celebrates the city’s rich musical heritage and recognises its outstanding contribution to music. There’s no better time to visit Belfast to experience the vibrant music scene, and the city will be hosting a series of events over the next few years to showcase its musical credentials.

No trip to the Causeway Coast would be complete without appreciating the striking appearance of the Giant’s Causeway. Legend has it that famous giant Finn McCool tore large pieces of nearby cliffs and threw them into the sea, creating the distinctive land formation. 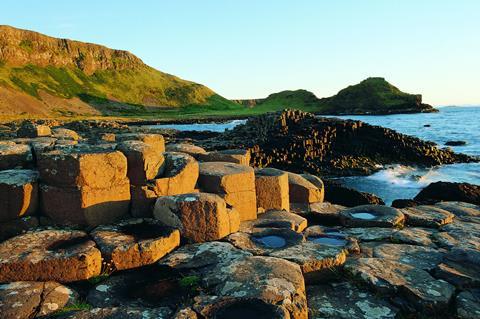 Take a trip to the Causeway Coast and enjoy the Giant’s Causeway.

A UNESCO World Heritage Site, the Giant’s Causeway is a geological wonder, made up of more than 40,000 basalt columns of cooled molten lava. Experience a bird’s eye view with a cliff-top walk along the causeway trails or venture down onto the smooth, shiny rocks to get a closer view of this natural beauty and the dramatic Northern Ireland coastline.

Titanic Belfast recently celebrated its tenth anniversary, having educated and intrigued visitors since March 2012. Residing at the very place where the Titanic was designed, built and launched, Titanic Belfast tells the story of the doomed ship from beginning to end. Offering both self-guided and guided tours, groups can discover the sights, sounds, smells and stories of the ship, as well as the people and the city that made her.

The attraction is also home to the last remaining White Star Line vessel, the SS Nomadic, where visitors can climb aboard and walk the decks after taking in nine themed exhibitions packed with relics and information. 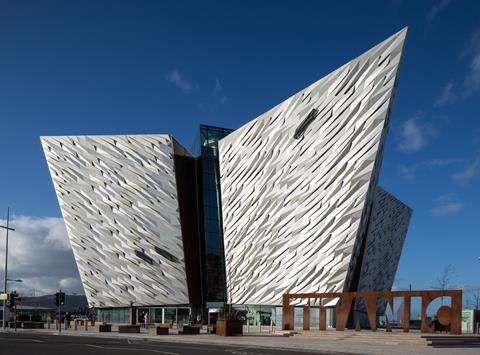 The Game of Thrones Studio Tour opened in February 2022 and is located at one of the acclaimed series’ original filming locations at Linen Mill Studios in Banbridge. The tour takes fans closer to the Seven Kingdoms than ever before. Step inside the iconic Great Hall at Winterfell where Jon Snow was proclaimed the “King in the North”, see Daenerys Targaryen’s Dragonstone throne, delve into the props, weaponry and visual effects of Game of Thrones and discover the skills and craftmanship that helped bring the show from script to screen.

The immersive experience brings Westeros to life and will evoke the show’s epic scale, from King’s Landing, Winterfell, Dragonstone, The Wall and the lands beyond. 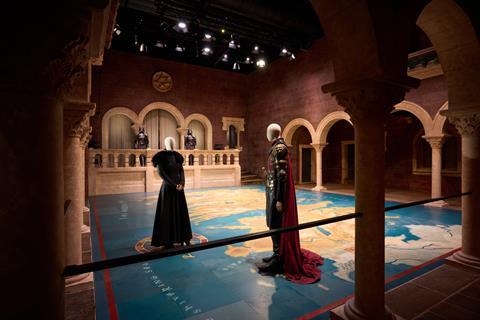 The Game of Thrones Studio Tour is said to be an immersive experience.

Happy to welcome beginners and professionals alike, as well as larger group bookings, those who enjoy playing golf will love Royal Portrush Golf Club on the Antrim Coast. The Open will be heading back to Royal Portrush Golf Club in 2025 for the 153rd Open Championship in what will be its third time at Royal Portrush. The golf course is in its best condition from April to October, with two rounds easy to fit in during the light summer months. 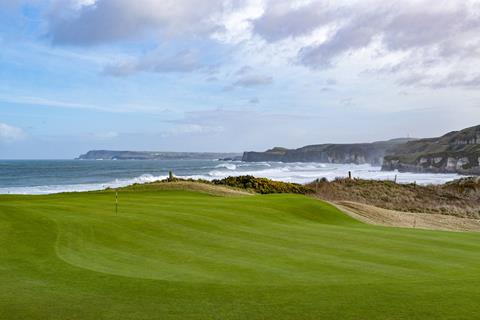 Golf lovers can take in the scenic views at Royal Portrush Golf Club.

The Causeway Coastal Route is a 120-mile route through villages, ruined cliff-top castles and stunning rugged coastline. Starting off in Belfast, groups can head out along the road to the walled city of Derry-Londonderry which borders Donegal. Allow three to five days to take in the varied landscapes, from sea-shores to mountain-tops, with stops at cities and hamlets in between.

Highlights of the journey include the Giant’s Causeway, the spectacular Gobbins cliff path, Carrick-a-Rede rope bridge and the fresh seafood that can be found along the route.

With the final season of Derry Girls airing in April, this year is a great time to visit the city of Derry-Londonderry to enjoy an eclectic mix of history and foodie gems. Northern Ireland’s second city is filled with charm and groups can wander the city’s 400-year-old walls that make it the last remaining completely walled city in Ireland, and discover some of the destinations shown in the hit TV series. Be sure to seek out the Derry Girls Mural vibrantly painted on the end wall of Badgers Bar and Restaurant and take a picture with your group in front of the paintings of the cast.

Spot some of the filming locations of Derry Girls on a walk around Derry-Londonderry.

The Dark Sky Park is located within the foothills of the Sperrin Mountains, in Davagh Forest – one of Northern Ireland’s first Dark Sky sites and one of only 85 in the world.

The Park itself is open all night for visitors to enjoy exceptional starry nights in the forest with one of the best wonders for the naked eye being the Milky Way, which spirals across the sky at night, and with a telescope it may be possible to see large galaxies over two billion light years away. Additionally, the Sperrin Mountains are bathed in heritage, with the seven Beaghmore Stone Circles located nearby – one of Ireland’s oldest heritage sites.

It is believed that the stone circle may have been based on the motions of the moon, making it the first observatory in Davagh Forest. Group bookings are available on request. 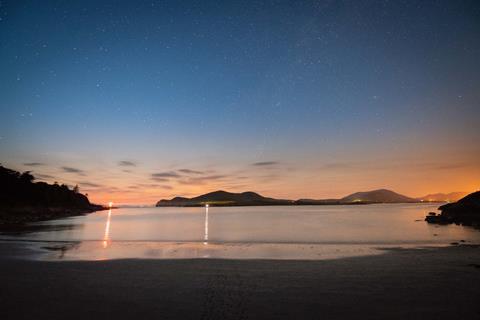 The Dark Sky Park is set in the foothills of the Sperrin Mountains, perfect for star gazing.

Step into Seamus Heaney HomePlace and let Seamus Heaney’s distinctive voice guide you through the exhibition as you get to know the people and places that inspired him. There is also the chance to take part in a one-day exhibition tour, discovering the places that shaped Heaney’s life, literature, and inspiration.

The one-day tour starts off with a morning tea at the café, before grabbing a picnic box filled with delicious treats to enjoy whilst discovering the smells, sights and sounds that make Heaney’s poetry so remarkable. You can also opt to take a journey through Heaney’s life and work on a self-drive tour through five destinations. The attraction itself offers a set-down and pick-up area for coaches as well as complimentary refreshments for the driver.

Paddle and pizza packages include paddle board tuition, hire of wetsuit, life vest and paddle board, as well as lunch and refreshments. After you’ve mastered the paddle board enough to stay afloat, visitors can paddle around Strangford Lough for an hour-long tour of the beautiful islands dotted around Ballymorran Bay, before heading ashore to Tracey’s Farmhouse Kitchen for freshly made pizzas from the al fresco pizza oven along with fresh garden produce and topped off with home-made dessert in the garden. Private group tours can also be arranged.

For more information to help you plan your trip to Northern Ireland, visit www.ireland.com.