Your finalists for the GTO of the Year Award ® are… 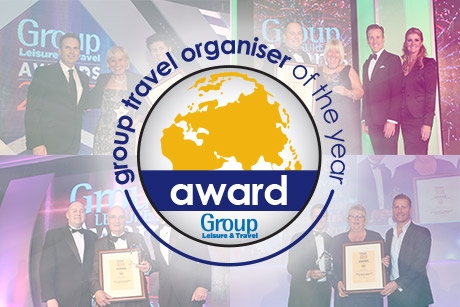 The final four in the running for the Group Travel Organiser of the Year Award ®, to be presented at the Group Leisure & Travel Awards on 10th October, have been announced.

Rewarding group travel organisers since 1999, this annual award aims to shine a spotlight on special people who put so much time into organising group trips and holidays for all types of people.

The 2018 finalists were chosen because of their organisational skills, travel knowledge and the positive impact they have on the lives of others.

The winner was selected during an official judging day, which took place in Kensington, London. But you will have to wait until the awards ceremony, on Wednesday 10th October at the Hilton Birmingham Metropole, to find out who has won this year.

The judging panel was made up of experts from the group travel industry. Our judges were:

Until the winner is revealed, you can read more about the finalists below and see if you can decide who will walk away with the prestigious title and £2,000 to spend on a familiarisation trip of their choice.

The Group Leisure & Travel Awards 2018 will be taking place at Hilton Birmingham Metropole, in Birmingham on 10th October. The winner will be announced at the ceremony. For event and ticket info click here.

Joan has been organising trips for the last 18 years and said “it has been a privilege and pleasure”.

When asked what skills she considers to be most important in her role as a group travel organiser, Joan said: “Organisation is key, don’t leave anything to chance and always expect the un-expected and you can’t go wrong! Also, enjoy others’ company and love them no matter how difficult and demanding they can be.”

Some of the popular destinations Olivia has organised trips to for her group include; the Amalfi Coast, Kenya, Norway, the Isle of Man and the Cotswolds.

She said the most rewarding aspect of her role as a GTO is: “Seeing the joy on people’s faces when they achieve what is often a lifetime dream-such as seeing the Taj Mahal or spotting a leopard in the Savannah.

“Also witnessing new friendships being formed as a direct result of the social activity, no matter how diverse the group make up is.”

She said she feels very privileged to have been nominated for the award adding: “I do not do this for financial reward or any other reward, but purely for the benefit of the local community or those who choose to come along with us. My reward is seeing people enjoy themselves in places where they would not ordinarily have gone.”

Tracey said she’s an “avid supporter of travel of all kinds” and said the most rewarding aspect of being a group travel organiser for her was “getting thank yous from the group and knowing that you’re helping them make so many memories.”

She said it was important to “be friendly and approachable at all times” adding: “As a group travel organiser I get great satisfaction from doing my job well.”

The winner of the award will be announced at the ceremony on Wednesday 10th October at the Hilton Birmingham Metropole.

For more information about the awards visit www.groupleisureandtravel.com/gtooftheyear.

For awards event and ticket information go to www.groupleisureandtravel.com/tickets.