The importance of the holiday brochure in the 21st century

Why ditching print is bad for business… plus blue passports and a Venice cruise ban, Grumpy Group Organiser has their say. 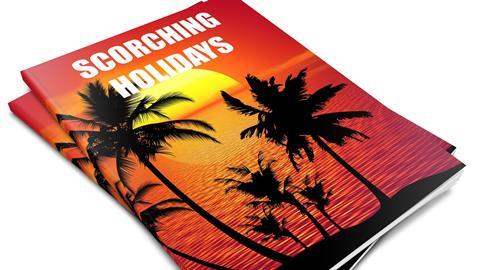 GGO insists the brochure is still an important thing in print.

The holiday brochure lives on

The ways in which we consume information is broad and marvellous. But despite the introduction of exciting digital options, be warned about ditching print. Tour operator TUI (formerly and better known as Thomson) has had to reverse an ill-thought-out decision to scrap print holiday brochures.

I love the internet as much as anyone; searching Google, YouTube, Facebook and Twitter is fun and I find lots of ideas for my group. But I like print too and enjoy sitting down and giving a magazine or newspaper my full attention.

The same is relevant to brochures, be they from a tour operator, hotel or attraction - even a guide to a city or local area.

A Tui spokesman said: “We undertook customer research last year which identified that the brochure is still an important part of the customer journey for some of our customers.” Which basically translates as: “We thought we understood the behaviour of our customers but didn’t and now have to make an embarrassing u-turn.”

Throw print in the bin at your peril travel industry.

Cruising to Venice as dawn broke is a treasured moment I will always remember. But I agree that with such overcrowding the city had to take measures to protect itself.

Starting from September, ships weighing more than 1,000 tonnes will be rerouted and more regulations are in the pipeline.

Does this mean fewer day visitors? Tourist entry charges to Venice will be another barrier. I just hope that the city is protected from underwater erosion and pollution, without damaging its tourist industry. If that’s adversely affected, then the city is in trouble of another kind entirely.

Something I caught on Twitter (I am addicted to it) caused me to react in a most unusual way. Despite a feeling of despair, I simply had to laugh when I read the following, succinctly put by a gentleman called James Melville:

‘The irony of blue passports produced by a French company and printed in Poland that cannot be imported to the UK because a no deal Brexit means that no trade agreement will be in place to allow the blue passports to enter the UK.’

Boris better get on his bike to Brussels and sort this mess out. Don’t hold your breath.