The Drifters Girl musical in London extends into 2023

Producers Michael Harrison and David Ian have announced that The Drifters Girl has extended its run at Garrick Theatre in London, telling the story of the woman behind one of the most successful vocal groups in history. 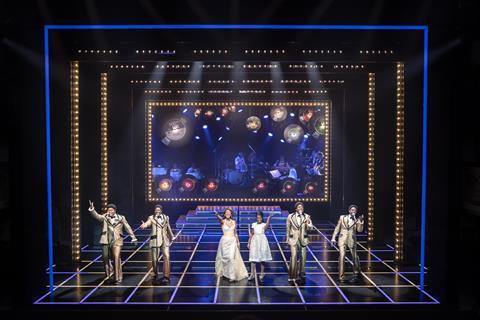 Groups now have until next year to see the hit London show.

The show transferred to London in November 2021 following a brief run in Newcastle last October, and will remain in the West End until Sunday 12th February 2023.

The musical tells the story of Faye Treadwell, the manager of vocal group The Drifters who, alongside her husband, fought for three decades to turn Atlantic Records’ group into a global phenomenon.

From the highs of hit records and sell-out tours to the lows of legal battles and personal tragedy, The Drifters Girl is said to chart the efforts of the world’s first African American, female music manager and how she refused to ever give up on the group she loved.

Soul icon Beverley Knight plays Faye Treadwell, with Adam J Bernard, Tarinn Callender, Matt Henry and Tosh Wanogho-Maud as the famous group. Beverley continues in the role through to Saturday 2nd July, with casting from that date to be announced soon.

The Drifters Girl features a well-known soundtrack, including Save The Last Dance For Me, Under The Boardwalk, Kissin In The Back Row Of The Movies, Stand By Me, Come On Over To My Place, Saturday Night At The Movies and many more.

More about the main cast

Adam J Bernard originated the role of Jimmy ‘Thunder’ Early in the West End’s Dreamgirls, for which he was awarded an Olivier Award for Best Actor in a Supporting Role in a Musical.

Tarinn Callender originated the roles of Hercules Mulligan and James Madison in the West End production of Hamilton. His other credits include the Olivier Award winning production of Come From Away.

Matt Henry won an Olivier Award for Best Actor in a Musical for his performance as Lola in Kinky Boots and as a finalist on the BBC’s The Voice, Matt’s performance of Ray LaMontagne’s Trouble racked up over four million hits on YouTube.

Tosh Wanogho-Maud’s West End credits include Show Boat, The Book of Mormon and playing the role of Simba in The Lion King.