Mother Goose, starring Sir Ian McKellen and John Bishop, will travel across the UK and Ireland on tour, once its London run at the Duke of York’s Theatre comes to an end. 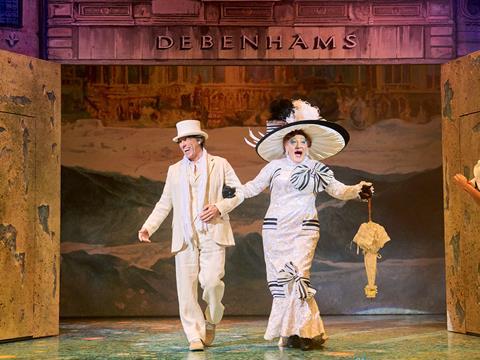 The full touring dates have been confirmed, opening at Chichester Festival Theatre on 7th February once it closes in London on 29th January. The production will travel to Sheffield, Wolverhampton, Liverpool, Oxford, Leicester, Dublin, Cardiff and Salford, before closing at Bristol Hippodrome on 15th April. 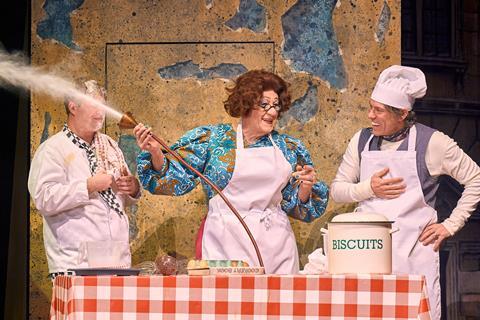 Audiences can expect the “mother of all pantos”.

Mother Goose and her husband Vic run an Animal Sanctuary for waifs and strays and live a wholesome life inside an abandoned Debenhams store. But when a goose flies in, will fame and fortune get the better of them?

Described as the “mother of all pantos”, it’s said that audiences can expect the ultimate theatrical feast full of fun, farce and more than a couple of surprises along the way.

Set and costume design is by Liz Ascroft, choreography by Lizzi Gee and puppet design and creation by Chris Barlow.

For more information go to mothergooseshow.co.uk