The operator’s debut river cruise ship, Spirit of the Rhine, will sail along five waterways in 2021. 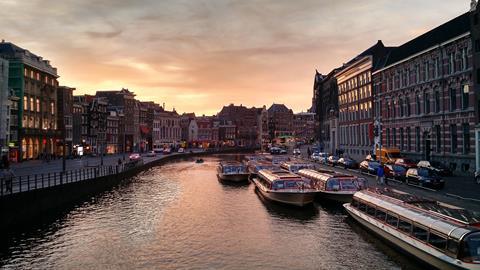 Spirit of the Rhine’s inaugural cruise will begin in Amsterdam.

New sailings on the Rhine, Moselle, Main, Danube and waterways of Holland have been announced by Saga, with its opening itinerary being a ‘Bootleg Beatles’ trip on 23rd March, 2021.

On this Holland cruise beginning and ending in Amsterdam, passengers can see two live performances from the leading Beatles tribute act while on board.

Plus, there will be a private guided tour of the Beatles museum during a stop in Alkmaar, North Holland which houses important memorabilia linked to the group such as the original record contracted signed by them in 1967.

The music theme continues with Saga’s seven-night Jazz and Tulips itinerary in the Netherlands, featuring live jazz music, a full-day excursion to the Keukenhof Gardens and visits to small towns along the region’s waterways.

Gilbert and Sullivan on the Rhine is a seven-night cruise themed around the duo’s music, which passengers can join in with alongside opera expert Peter Grevatt and his live band. Beginning in Amsterdam, the cruise takes in historic cities and towns along the river Rhine, including Cologne and Koblenz.

A seven-night Flowers on Parade cruise through Holland and Belgium will host TV presenter and gardening expert Charlie Dimmock, and take in the annual Floralia flower show in Brussels, Amsterdam’s Botanic Garden and other horticultural highlights. 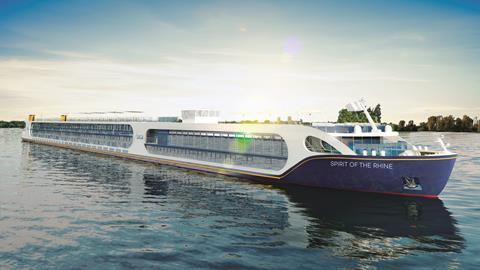 An artist’s impression of how the ship will look when complete.

From Rembrandt to Rubens, a journey on the Dutch waterways, will focus on artistic highlights of the area during a nine-night cruise. Raj Bisram, a leading auctioneer and dealer, will be joining passengers on board.

An eight-night Mystery Cruise has also been announced, departing on 19th May, 2021.

All of these itineraries are arranged as full-board, offering wine, beer and soft drinks with lunch and dinner as well as complimentary hot drinks.

Saga’s first river cruiser, Spirit of the Rhine, includes a bar lounge, library area and two restaurants. Guests can also access a sun deck that features a hot tub and barbecue area. Take a closer look at the ship here.

You can find out about group travel on a Saga river cruise at www.travel.saga.co.uk/cruises/river/find-your-cruise/group-travel.