Princess Cruises announces its longest ever UK season of sailings

The season will include cruises on Sky Princess, which will be sailing from Southampton for a total of 215 days between March and October 2022. 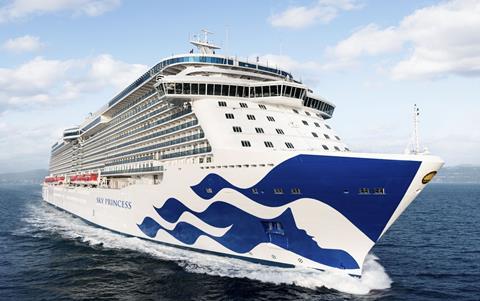 It will make it longer than any previous UK season Princess Cruises has had and Sky Princess will be the largest home port ship the UK has seen, offering a capacity of 3,660 guests.

Sky Princess will be joined in Europe by four other ships for the summer 2022 season; Crown Princess will also be based in Southampton offering British Isles itineraries; the fleet’s newest ship Enchanted Princess will sail Scandinavia and Russia round-trip from Copenhagen; Regal Princess will cover the Mediterranean; while Island Princess will visit a variety of European destinations.

There will be a choice of 18 voyages from Southampton on board Sky Princess including:

The 3,080-guest Crown Princess will sail the British Isles from May to October on 14 Southampton sailings. The ship will travel to destinations including Liverpool, Guernsey, Dublin, Belfast, Orkney Islands (Kirkwall) and Edinburgh, with select itineraries offering overnight calls in port. 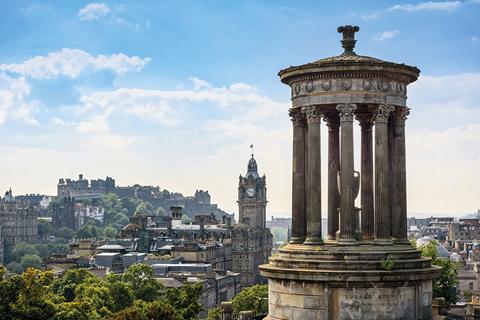 Edinburgh is one of the stops during the British Isles cruise on board Crown Princess.

The 2,200-guest Island Princess sails the reaches of Europe including an opportunity to search for the Northern Lights, visit the top of Norway during the Summer Solstice and voyages to Greenland and Iceland with multiples stops in both destinations for an extended exploration.

Island Princess also sails the Mediterranean including two voyages to the Holy Land of Israel sailing round-trip from Rome (Civitavecchia).

The line’s newest ship, the 3,660-guest Enchanted Princess, which joined the fleet in September this year, will spend April to September sailing a Scandinavia and Russia round-trip from Copenhagen, visiting destinations including Tallinn, Oslo, Helsinki and Stockholm, and will offer overnight calls in St Petersburg.

Regal Princess which is based in Southampton in 2021, will sail the Mediterranean with departures from Barcelona, Rome or Athens offering a variety of sailings ranging in length from seven to 21 days and includes voyages to the Western Mediterranean, Adriatic Sea and Aegean Sea featuring Greece & Turkey.

Group travel organisers can benefit from a ‘free’ place for one in every 16 lower berth guests booked into the group and meeting the required criteria. They can also contact the reservations team to create and tailor and make their bookings.