Powis Castle in Wales is inviting visitors to enter one of its never-seen before floors, to learn about one of the castle’s unknown war stories. 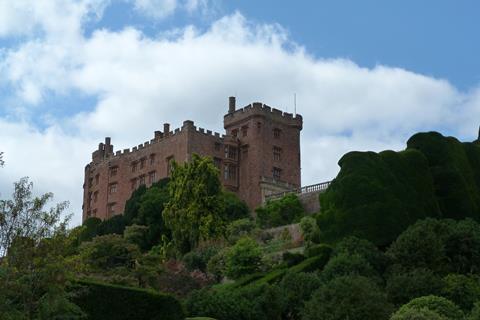 The girls spent seven years at the castle in Powys, near Welshpool, at the invitation of George Herbert, 4th Earl of Powis, a governor of the school. The girls were all aged between 11 and 16 and their stories will unfold at the attraction over the next two years, until 2021.

The new display will bring to life the story of the girls, using film, audio installations and reinstates school rooms. Visitors will be able to step into the school’s past by sitting on the beds in the recreated dorm room or making themselves at home in the common room whilst admiring ancient wooden panelling, ornate plaster and unparalleled views across the garden and Severn valley.

About Worlds Apart in War - the Welsh Girls School

You’ll be able to step back in time to hear the voices of the castle, the family and the schoolgirls, as you explore the elaborate state rooms.

The exhibition will follow an unexpected war story of gym classes in the ballroom, midnight feasts, picnicking on the roof, and even the exciting discovery of a hidden room which housed boxes of golden artefacts.

As the war took its toll, there were stories of heartache and homesickness amongst the girls as they lost family members on the frontline, worried about their future, and adjusted to a new life in a strange place, and visitors will hear more about this too.

Emma Thompson, general manager at Powis Castle and Garden said: “As well as telling the story of Powis and the Welsh Girls School, we’ll be expanding the programme over the coming months to tell stories about how the war affected the wider estate, Welshpool and the surrounding area too.”

Group rates are available for those with 15 or more when visiting the castle.

Powis Castle began life as the Medieval fortress of the Welsh princes of Powys, who held onto their kingdom despite the threats of their more powerful neighbours in Gwynedd and England.

In 1587, Powis was sold to Sir Edward Herbert who created the romantic long gallery which is richly decorated with the coats of arms of his ancestors. In 1784, the marriage of Lady Henrietta Herbert and Edward Clive, son of Robert Clive, the conqueror of India, combined the Powis and Clive estates.

George Herbert, great-grandson of Edward Clive (Clive of India), inherited the title of 4th Earl of Powis (3rd creation) along with the castle and estate in 1891. Together he and his wife, Violet, focused on remodelling the castle and garden.

In the Edwardian period the estate was at its height, and important guests arrived every weekend throughout the winter season including, in November 1909, the Prince and Princess of Wales.

However, this golden era was not to last and sadly, George suffered three family tragedies. With no direct heir to the castle, on his death bed in 1952 George bequeathed Powis to the nation, in the care of the National Trust.