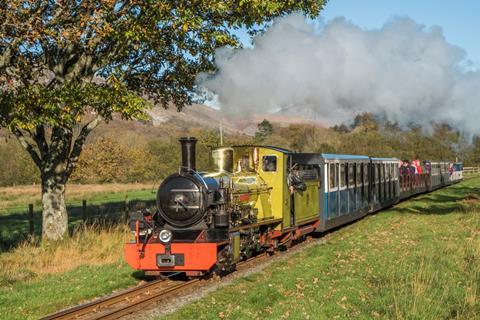 The new tour is aimed at groups who enjoy the nostalgic age of steam in the stunning setting of UNESCO World Heritage Site, the Lake District.

With seven miles of track, Ravenglass & Eskdale Railway is one of the oldest and longest narrow gauge railways in England, known affectionately as La’al Ratty meaning “little railway” in olde Cumbrian dialect.

In partnership with National Trust Steam Yacht Gondola and Muncaster Castle, the railway has launched the new full-day itinerary enabling visitors to experience the motion, smells and sounds of a slower pace of life driven by steam.

The day begins in the typical Lakeland village of Coniston where visitors will float back in time to travel in style aboard the National Trust’s Steam Yacht Gondola as the wealthy Victorians once did. The Gondola boasts opulent saloons and open air decks, where passengers can take in the scenery and listen to the crew’s commentary on Coniston’s history and famous connections. 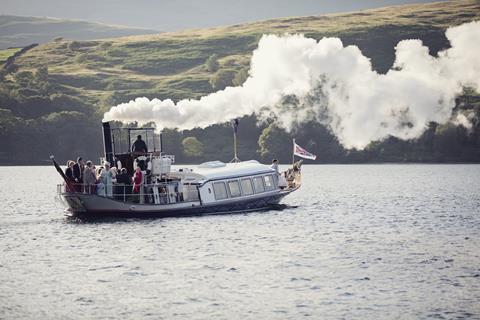 The Steam Yacht Gondola will transport visitors back in time.

The route from Coniston to Eskdale takes the group via the highest road passes in England - Wrynose Pass then Hardknott Pass - steep, twisting single track roads right through the middle of the Lake District. With breath-taking views at every turn the route ascends to the heady altitude of 393 metres (1,289 ft) on a route pioneered by the Romans. The remains of Hardknott Roman Fort are visible at the summit before descending into the Eskdale Valley and arriving at Ravenglass & Eskdale Railway’s Dalegarth Station for lunch in the café.

Then visitors will get to travel in first-class luxury aboard the Railway’s new First Class Carriage, with views through large glass windows as the train travels down the narrow guage track to the Lake District’s only coastal village, Ravenglass. At Ravenglass station visitors can choose to go on a tour of the Railway Museum with optional Victorian Dress-Up.

The final experience of the day is a visit to the 14th century Muncaster Castle, to enjoy the internationally acclaimed gardens with rhododendrons and azaleas (April-May) and a regular bird of prey flying displays by the Hawk & Owl Centre.

Tickets include lunch with tea/coffee at Dalegarth Station. The minimum size of a group is six and the maximum is 12.

To find out more about this group tour and other packages visit the railway’s dedicated Groups page online.