Groups can now explore parts of Blenheim Palace in Oxfordshire, as seen on screen,  through a self-guided tour. 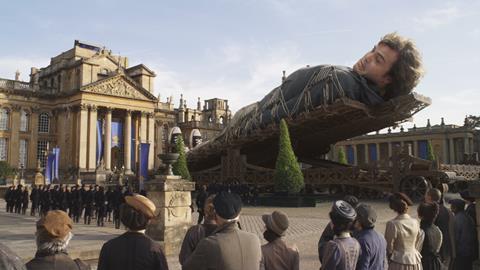 Blenheim Palace is the home of Lilliput’s King in the 2010 film Gulliver’s Travels.

As well as being a striking wedding venue and a UNESCO World Heritage Site, Blenheim Palace – the birthplace of Sir Winston Churchill - has also made a name for itself as a filming venue.

The country house, park and gardens in Woodstock, Oxfordshire has appeared on screen in a number of major films, from Harry Potter and the Order of the Phoenix to the James Bond instalment, Spectre. Its most recent role was in the upcoming film Dolittle, starring Emma Thompson and Robert Downey Jr, where it acts as a stand in for Buckingham Palace.

The BFG stands in the Italian Garden in a scene from the 2016 adaptation.

Now, visitors can experience the site’s on-screen moments themselves. The Blenheim Palace Film Trail is a self-guided tour that will feature the centuries old cedar tree that appears during a flashback scene in Harry Potter and the Order of the Phoenix; the grounds where Cinderella rode in her carriage; and the drive where Inspector Morse travelled to investigate a murder, among many other spots.

Inside the palace, visitors can find filming locations used for Mission Impossible: Rogue Nation, A Little Chaos, The Libertine and Half a Sixpence. The grounds will also have stories to tell: namely from Spectre, The Young Victoria, Gulliver’s Travels, Fan and The BFG. 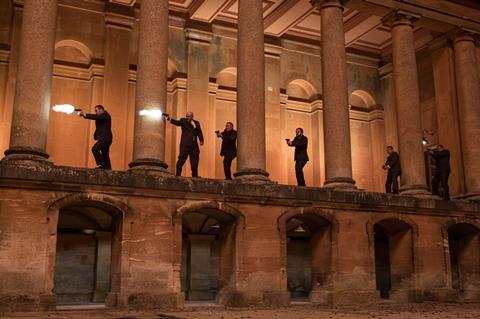 Fire, dancing, murder and feasting have all taken place at some point in the location’s film career. It has television credits, too, appearing as a backdrop to The Hairy Bikers and Antiques Roadshow, to name a few.

The trail guide is available to download for free from the Blenheim Palace website, sharing details about the films that were brought to life at the venue alongside a map.

Groups should book their visit to Blenheim Palace in advance in order to take advantage of discounted entry fees. Themed talks can also be arranged to give a group a more specialised experience.

Find out more about group visits at www.blenheimpalace.com/tickets-booking/groups.