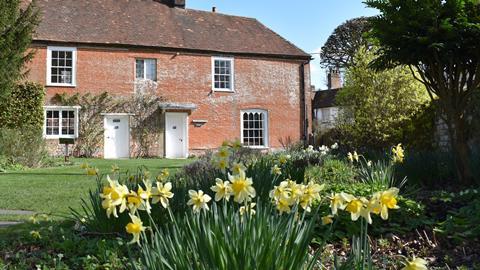 A look at some of the latest openings, events and exhibitions for groups across ‘Jane Austen’ county in the latest installment of this special series.

There’s plenty to put the spotlight on Hampshire throughout 2020, not least the new production of Jane Austen’s Emma which is out in the cinemas later this month.

There are a number of key locations to visit if you’re a fan; a good starting point is Jane Austen’s House Museum in the village of Chawton where Austen wrote and revised six of her most famous novels. Elsewhere in the village, Chawton House Library is the manor house that once belonged to Austen’s brother Edward and groups can visit the library, house and gardens.

There are many other highlights across Hampshire this year, here’s our pick of the best:

May will see the opening of Tornado Springs, a themed American 1950s town at Paultons Park. For younger members of the group, this themed world will cover more than four acres and feature more than eight different rides and attractions. It has been developed to offer cross-generational appeal, with a 1950’s theme to hopefully resonate with all ages. 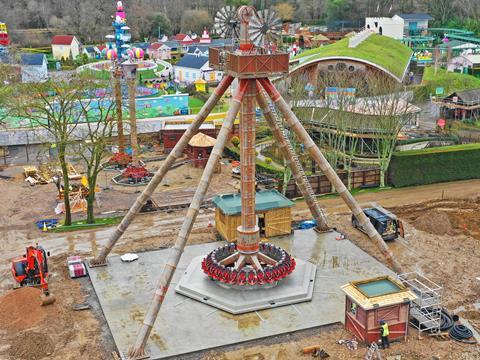 The Cyclonator is coming together nicely.

Just some of the new attractions to be introduced include the Storm Chaser - a free spinning ride, taking trains of carriages 20 metres above the ground; the Cyclonator - a Gyro spinning pendulum ride; and the Buffalo Falls water raft experience.

To mark the 75th anniversary of VE Day, the railway is aiming to take visitors back to 1945 and one of the most significant days in British history. Running from 8th - 10th May, the weekend-long celebration will allow groups to mingle with civilian and military re-enactors bringing history to life, while also enjoying live music and dancing at the main stage of Ropley station with a proms in the park setting. 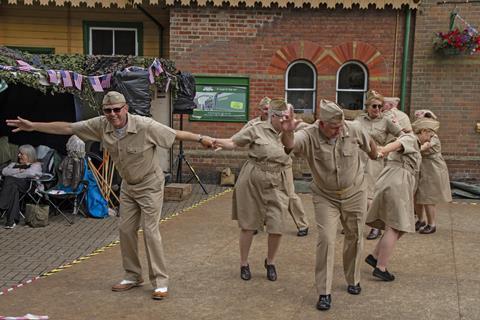 Expect retro dancing and more to celebrate the anniversary of VE Day.

Performers announced for the weekend include Amanda Jane, Stephanie Belle, Now That’s Jive Compant B and The Decibelles. To get even more in the spirt, there’ll also be the chance to dress up in 1940s attire and undergo an authentic makeover in Pearl’s Pin Up Parlour on the Friday and Sunday.

A larger than life ‘brick adventure’ is coming to the Hampshire zoo, featuring up to 40 models of real-life creatures made from toy bricks. SUPERSIZED! will be on from 4th April until 2nd September with various sized creatures placed in different locations around the zoo. From predators such as the honey badger and blue-ringed octopus, to the assassin bug, each creature has been specially chosen due to their colourful appearance in nature or unusual abilities.

Along with different interactive activities, the event will also include facts about the creatures on display to try and debunk different stereotypes. Other highlights to look out for include a three-metre tarantula and a two-metre spitting cobra.

A temporary exhibition, Gilbert White around the World will commemorate 300 years since the birth of the naturalist Gilbert White exploring the significant impact he had. The Natural History of Selborne, his pioneering work, is said to be the fourth most published book in the English language. 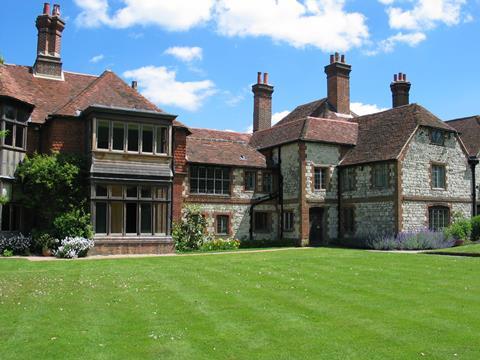 Groups can tour Gilbert White’s House and Gardens in Selborne.

The exhibition, which opened in January, focusses on the copies of the book published around the globe and the writer’s influence on the 18th century up until today. One of the main objects on display will be a 1792 German translation, the only translation made during Gilbert’s own lifetime. Admission to the exhibition is included in the house entry price, with exclusive group packages and tours available. The exhibition runs until 28th June.

2020 marks the 400th anniversary of the sailing of the Mayflower from the UK to the New World. The Mayflower and her sister ship, the Speedwell, set sail from Southampton on 15th August 1620, with the documents created on board going on to provide the foundations of the American constitution.

Special events and will be taking place across Southampton and the rest of Hampshire to celebrate the occasion such as a new exhibition at Winchester College which is home to several books relating to the history of America and a walking tour aptly named In The Footsteps Of The Pilgrim Fathers Guided Walk, taking in the key spots linked to the event.

To see more in the what’s new series, click here.