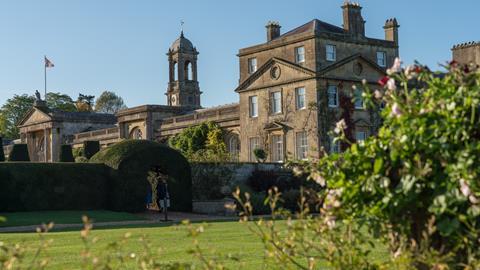 Here are some of the intriguing TV & film locations for your future visits along the Great West Way, a 125-mile touring route between London and Bristol.

Now in its 21st series, Midsomer Murders has included many locations on the route since it started in 1997. The streets of the Georgian market town of Marlow in Buckinghamshire have been regularly featured and the town’s library was used for Causton Library in Black Book, and Danesfield House Hotel can be seen in Judgement Day.

Other filming locations for the crime drama on the Great West Way include properties in Berkshire such as Wellington College, Dorney Court and Eton. The Grade II listed Town Hall of Henley has also been used as the Court House of Causton, and the Auction Room was featured in Black Book. The Royal Regatta which takes place in Henley every year became the Midsomer Regatta in Dead in the Water.

Harry Potter fans can explore many locations from the magical film series along the route. Starting with the National Trust’s Lacock Abbey in Wiltshire, visitors can see the setting used as Professor Snape’s potion’s class, as well as the location of the Mirror of Erised in The Philospher’s Stone. 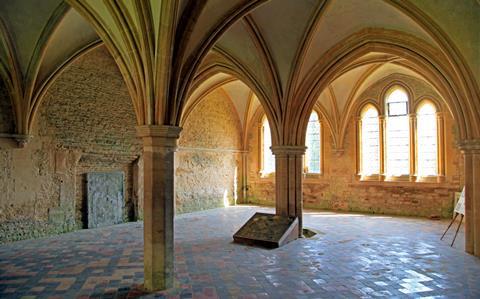 The Abbey acted as Hogwarts School of Witchcraft & Wizardry.

Ashridge Wood in the North Wessex Downs is where the Quidditch World Cup was held in the Goblet of Fire, and Virginia Water Lake which lies on the southern edge of Windsor Great Park also features in the same film, as well as the Prisoner of Azkaban.

Who can forget the iconic Highclere Castle in Newbury which acts as Downton Abbey? The television series and film, which focuses on life both above and below stairs in the house, was used for exterior and interior filming. 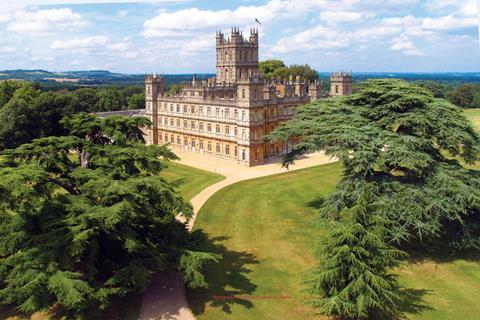 The iconic Highclere Castle is the most memorable feature of Downton Abbey.

The National Trust’s village of Lacock and Bowood House & Gardens, both of which are in Wiltshire have also been used on the screen. Bowood House sits within 100 acres of landscaped parkland where a cottage within the estate was used in the Downton Abbey film which came out in 2019. Other locations along the route included in Downton Abbey are: the Langdon Down Museum in Teddington, Syon Park in Brentford and Surrey County Hall in Kingston upon Thames.

The popular historical drama Poldark was filmed across five series from 2015 to 2018 and although it was based in Cornwall, a lot of the action took place along the Great West Way. In Bristol, Redcliffe Caves (a complex network of 15th and 18th century tunnels) were used in series three for some of the internal mine scenes, as well as Tall Ship Kaskelot, based on Bristol’s Floating Harbour.

Corsham High Street in Wiltshire also provided a filming location for the series, with the town’s high street doubling up as 18th century Truro, with the Town Hall exterior used as the Truro Assembly Rooms. The National Trust’s Dyrham Park in South Gloucestershire and Great Chalfield Manor near Bath were also used, as was Berkeley Castle, also in Gloucestershire, posing as a French port town. 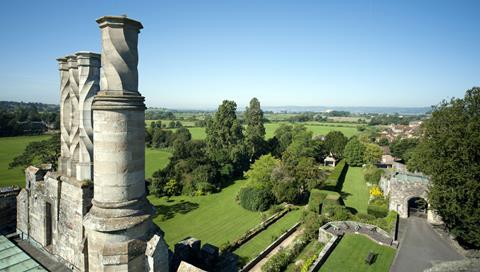 The view from the top of Berkeley Castle which posed as French port town in Poldark.

Another film to use locations from the Great West Way is Emma, based on the Jane Austen novel which tells the story of the titular resident of the village of Highbury. Within easy reach of the Great West Way is Chavenage House known as Hartfield in the film, located in Tetbury, a small town in the Cotswolds.

For more information on the locations mentioned, or to start planning a Great West Way trip for the future, visit www.greatwestway.co.uk.

Important: not all the attractions and locations featured in this article may yet be fully open or accepting group visits due to the coronavirus pandemic.

You can see the Government’s guidance on how to keep you and other people safe while outside of your house, by clicking here.