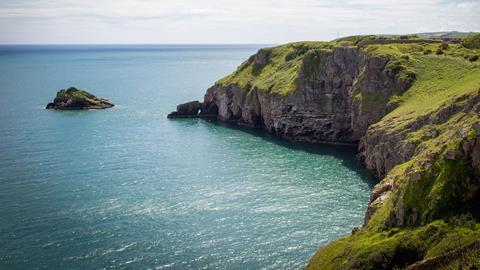 All finalists of the 2018 Group Leisure & Travel Awards, there’s no better time to visit these UK destinations.

All finalists of the 2018 Group Leisure & Travel Awards, there’s no better time to visit these UK destinations which offer plenty for visitors all year round.

Birmingham may not seem an obvious choice for summer, but there’s always plenty going on. Whether it be a trip to Cadbury world to indulge in some chocolate, a visit to SEA LIFE Centre Birmingham to admire some exotic ocean creatures, or even a trip to the NEC to catch BBC Gardener’s World Live, taking place between 13th – 16th June 2019.

Devon is a popular choice when it comes to summer escapes, with beaches aplenty and quaint villages in abundance, particularly on the English Riviera which is home to the towns of Torquay, Babbacombe, Cockington, Paignton and Brixham. Visit the Donkey Sanctuary or take a trip to Quince Honey Farm to learn how honey is made or take a ride on the South Devon Railway.

Take the ferry or hovercraft across to the Isle of Wight. Head to the famous Needles and admire the views or enjoy a thrilling day out at Blackgang Chine. Green-thumbed groups should take the time out to pay a visit to Ventnor Botanic Gardens (pictured above) to experience its unique, Mediterranean-like climate.

For the history buffs, 2019 marks the 200th anniversary of the birth of Queen Victoria, so there could be no better time to visit Osborne House, Queen Victoria and Prince Albert’s family home on the island.

With famous ties to the likes of The Beatles, a summer visit to Liverpool should be on the list. Top attractions include The Beatles Story museum, or you may like to take a cruise with Mersey Ferries. Art fans will love the Walker Art Gallery and culture vultures might enjoy a visit to Liverpool Cathedral and the British Music Experience.

Must-sees in 2019 will include a trip to the new visitor attraction at Strawberry Field and a tour of the Liver Building, both of which are due to the open to the public for the first time in spring.

London needs no introduction, but with lots of things to do, it’s definitely worth heading to during the summer months. If it’s a West End show you’re after, or a trip to The Natural History Museum or British Museum, you’ll never get bored. Plus, with hundreds of eateries, and a new Hard Rock Cafe coming in spring, you’re in for a treat in the capital.

Next year theatre-goers will be able to see Bonnie Langford in the upcoming Dolly Parton show, 9 to 5 the Musical, a new cast in the Comedy About a Bank Robbery and The Lion King celebrate its 20th anniversary in the West End, among much more.

Manchester won the award for Best UK Destination, so a summer group trip should be on the cards. If you’re on a budget head to the Science and Industry Museum or the National Football Museum where admission is free. Alternatively, if walking adventures are your thing, the city has plenty of walking trails for you to follow, which are particularly nice on a summer’s day.