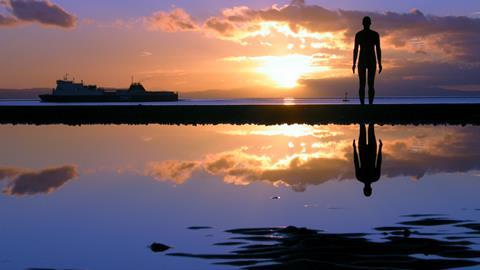 The magic & mystery of Liverpool & Merseyside

GLT heads to Liverpool & Merseyside to find out what’s new & improved for groups.

Here comes the sun couldn’t have been more apt for my tour of the city but whatever the weather, it’s not hard to see why Liverpool remains the top of the charts.

First up was the newest attraction at Liverpool’s most iconic landmark – the Royal Liver Building 360. For the first time guided public tours take you to the 10th and 15th floors of the Grade I listed building, with outstanding views across the River Mersey and beyond. A personal highlight was going behind the huge clock face (the biggest in the UK) for an impressive digital show bringing to life the history of the building as well as the story of how Liverpool has made its mark on the world.

After admiring the views on the 10th floor, you head up some more steps (124 to be precise) for breath-taking views of the city, as well as seeing the mythical Liver Birds, Bella and Bertie, up close. Group bookings are available – but do so well in advance.

The beauty of Liverpool is that you don’t have to travel far for iconic sights; walking along the waterfront from the Liver Building, past the stunning Cunard and Port of Liverpool Buildings there are a host of attractions to explore.

The ‘crown jewel’ of Liverpool’s world-class museum collection (it has the most museums outside of London in the UK) is the Museum of Liverpool. If you’re visiting before November make sure you check out Double Fantasy – John & Yoko, a free exhibition celebrating the meeting, and story of John Lennon and Yoko Ono. 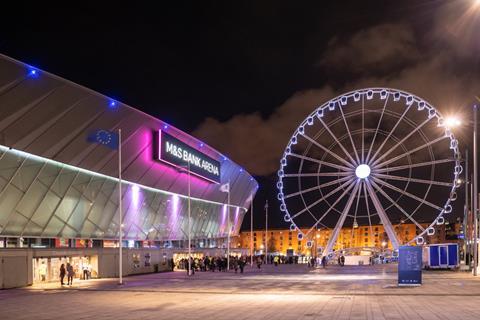 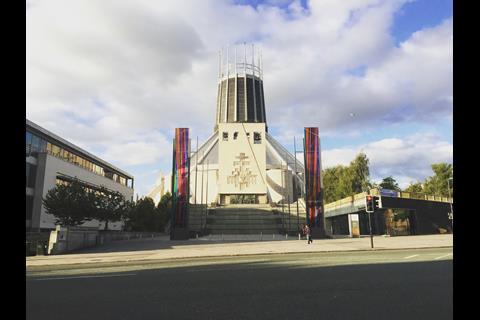 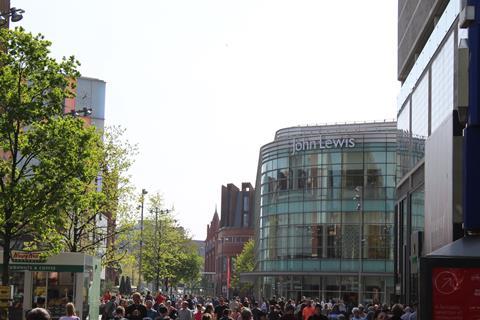 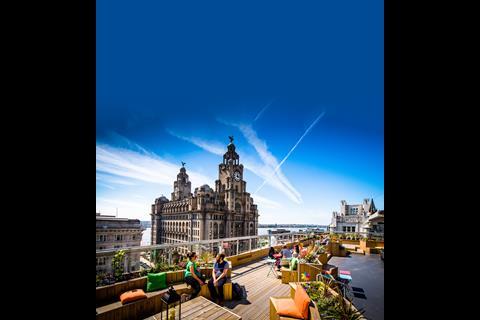 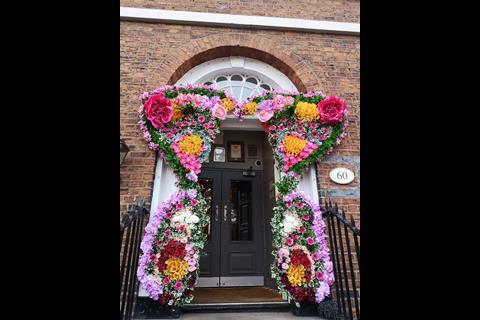 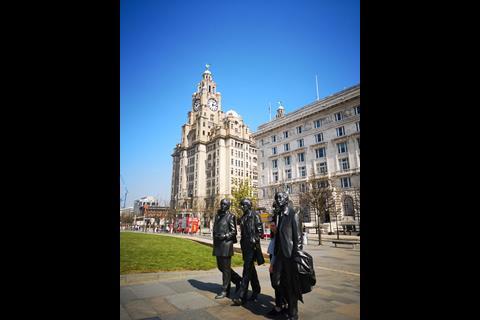 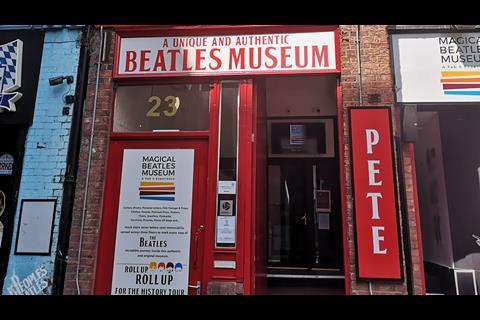 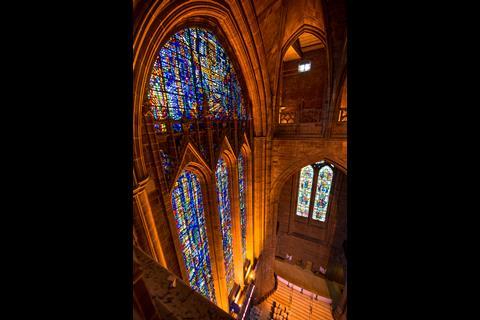 Blending the old and new beautifully, the historic Royal Albert Dock (which features the largest collection of Grade I listed buildings in the country) is home to a host of fantastic restaurants, bars, shops and hotels. Not forgetting Tate Liverpool, the Merseyside Maritime Museum and of course the award-winning Beatles Museum, The Beatles Story.

Here you’ll find the world’s largest permanent exhibition devoted to the lives of the Fab Four. We were taken on an immersive journey discovering how The Beatles first conquered Liverpool, and then the world. 2019 is a milestone year – marking 50 years since the release of The Beatle’s game-changing Abbey Road album (you’ll find a room dedicated to Abbey Road studios).

Opening for groups from September is the new Strawberry Field heritage centre. Built on the site where John Lennon found solace as a child, and of course immortalised in the song Strawberry Fields Forever, it will consist of a new visitor experience including an interactive exhibition and a tour of the gardens.

It’s just one of the stops we visited during a two-hour tour on-board the colourful Magical Mystery Tour Bus. Entertained by our guide Paul we visited the childhood homes of The Beatles as well as some of the places that inspired their song – Penny Lane included of course. The final stop is the world famous Cavern Club on Matthew Street (the tour includes free entry into the club) where you can enjoy an incredible atmosphere. 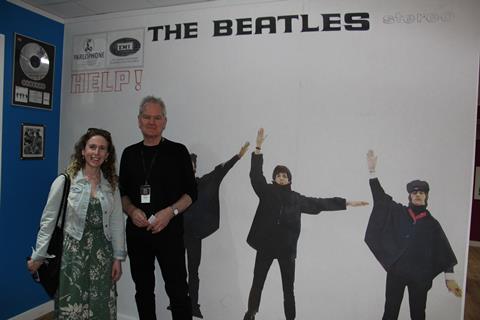 Offering a new perspective on the greatest rock and roll band of all time is the Magical Beatles Museum, across from the Cavern Club in Matthew Street. A decade in the making, it features more than 300 rare and authentic items, many which haven’t been seen before including the earliest known footage of the Beatles and John Lennon’s Sergeant Pepper medals. There’s a variety of group packages including exclusive after-hours access to the museum with a private guided tour and complimentary drinks and canapes.

“Eight days a week” – you’ll want that alone to just make it around the shops in Liverpool. The open-air Liverpool ONE boasts 170 shops alone and is ideal for groups with a coach drop-off/pick-up bay as well as plenty of places to refuel.

For a night out, head to the newly-named M&S Bank Arena which welcomes famous names to the stage. Offering a dedicated groups’ booking line and discounts, just some of its shows this year include the City of Liverpool Tattoo on 13th- 14th September and the Liverpool International Horse Show on 28th-31st December.

Sit back and relax as you journey around the city with Liverpool City Sights. Offering two popular routes, Blue and Red, the open-top bus tours offer guided commentary, hop on and hop off options at many of the famous landmarks as well as the option for groups to hire out a whole bus exclusively.

The city centre’s oldest building is The Bluecoat. Offering an oasis of calm from the bustling streets, it hosts some of the finest contemporary art. Groups can also book a Heritage Tour with an expert guide for its new exhibition, New Art Bluecoat, and the building; hospitality packages are available. 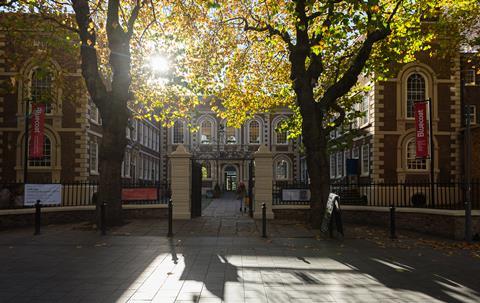 The new display exhibits its history as the UK’s oldest arts centre and features photos, posters and more from the archive.

For another fascinating insight into Liverpool’s history, opt for a Mersey Tunnel Tour, a unique look behind the scenes of the Queensway Tunnel which opened in 1934.

“Liverpool Cathedral is one of my favourite places to take groups. I see jaws visibly drop as visitors step inside to encounter the vast space. Groups are amazed at this huge building and are intrigued to hear its stories.”

Aptly named, with the city’s two cathedrals located either end, it’s easy to see why Hope Street has been named the ‘Best Street in the UK’.

At one end is the fascinating Liverpool’s Anglican Cathedral – Britain’s biggest cathedral, and the fifth largest in the world. The Tower is open every day and boasts more spectacular views across the city. At the other is the modern Metropolitan Cathedral of Christ the King (also known as Paddy’s Wigwam), vastly different in architecture but just as beautiful. 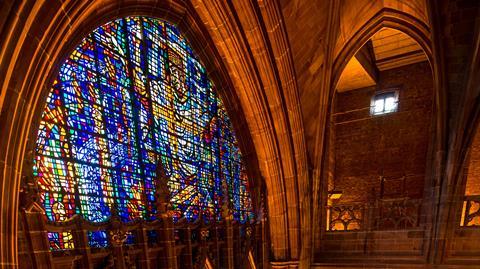 You’ll also find the Royal Philharmonic Hall, Everyman Theatre as well as the 60 Hope Street restaurant celebrating its 20th anniversary this year. You won’t just want to take photos of its impressive floral door display (they change all year round), I can recommend its delicious seasonal menu as well as the homemade rhubarb gin!

There’s no better way to relax and soak in the riverside scenery and landmarks than aboard a world-famous Mersey Ferry – and yes, they play the song. Opt for a River Explorer Cruise with Mersey Ferries; for just under an hour you can sit back and discover the city’s fascinating history, with all the usual creature comforts. Cruises operate throughout the year departing hourly from Pier Head Liverpool and there are special rates for groups of 20 or more (advance booking is required).

And new for 2019 is a special Liverpool Bay Cruise on Sunday 4th August - with a special group rate the three-hour cruise takes in the fascinating history and geography of the River Mersey and Liverpool Bay with Blue Badge Guide commentary.

Prince Albert was certainly on to something when, back in 1846, he said: “I have heard of the greatness of Liverpool, but the reality far surpasses the expectation”. Almost two centuries later, it’s still the case.

You’ll love the unique and beautiful Port Sunlight Museum & Garden Village just across the river Mersey in the Wirral. Created for the Sunlight Soap factory workers, you’ll discover all about the man behind it – ‘Soap King’ William Hesketh Lever – as well as experiencing what it was like to live and work at the village during its heyday.

Step inside the Edwardian workers’ cottage which has been recreated using the original architect’s plans. Each room is filled with period artefacts and offers groups the chance to see what life was like in Port Sunlight over a century ago.

There’s also a village map enabling visitors to take a self-guided walking tour of the village, visiting all the landmarks along the way. 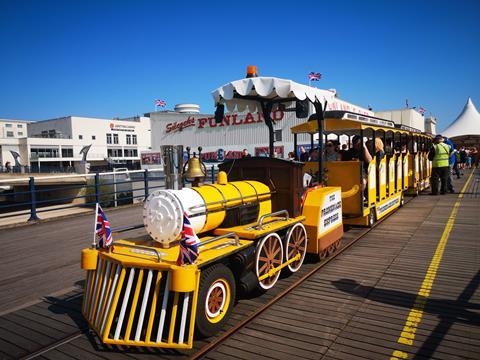 Take a trip down memory lane with a visit to Southport Pier.

And make sure you plan time to visit Southport; offering 22 miles of beautiful coastline the seaside town is surrounded by natural beauty as well as the iconic Anthony Gormley ‘Another Place’ art installation at Crosby beach. Southport itself has some outstanding architecture as well the country’s second longest pier with nothing but incredible views. Take a trip down memory lane as you take a trip on the Pier Tram, fish and chips in hand, and enjoy some traditional seaside amusements.

There are plenty of options, whatever your budget, when it comes to accommodation. In the centre of Liverpool, within walking distance of the Albert Dock is one of the city’s several Travelodge hotels, Central Exchange Street. For groups looking for 10 rooms or more, Travelodge’s dedicated Groups Team can help.

For a unique experience the Grade II listed 110-room Hard Day’s Night Hotel is inspired by The Beatles. There’s memorabilia and subtle nods to the band and their history all over the hotel.

Liverpool Guide for Groups:
For a copy of the new guide from Visit Liverpool, which features ideals, inspiration and suggested itineraries, email traveltrade@marketingliverpool.co.uk or download from VisitLiverpool.com/traveltrade