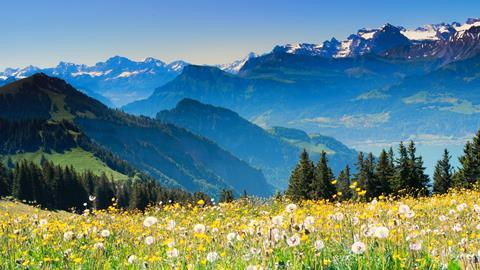 Group Travel Organiser of the Year® 2019, Sue Shapland reflects on a heritage railway experience that truly ran like clockwork.

Having run four very successful Heritage Railway holidays in the UK, I’d promised my group I would take them abroad the next time. After some research I’d decided Switzerland had a great selection of Heritage Trains so that was my starting point.

The fam trip was a great help in deciding where we would stay and also for me to realise (because we would be travelling almost exclusively by train) we would need to limit the numbers.

A group of 26 of us stayed overnight near Bristol airport where we met up with Serge Bertini who was to be our outstanding guide for the week. A short flight to Geneva and then we took the train to Lausanne where we were based for two nights.

We had time to explore this charming lakeside town which is HQ for the International Olympic Committee. Next morning we took the train to Blonay and then travelled on the Blonay-Chamby Railway with time to explore their interesting and extensive museum. 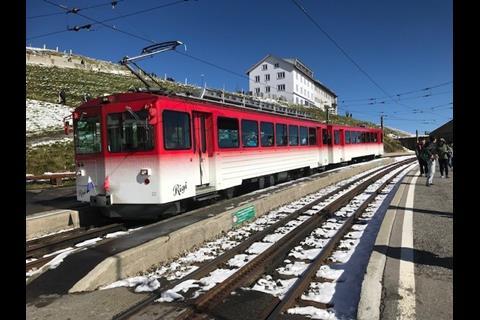 The cogwheel train at the station at the top of Mount Rigi - the first snow of the winter. 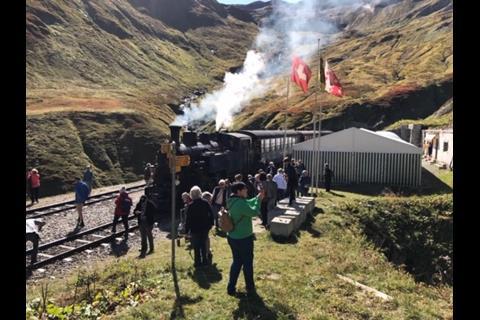 Furka steam train taking a break at top of mountain, water for the train and coffee for the passengers! 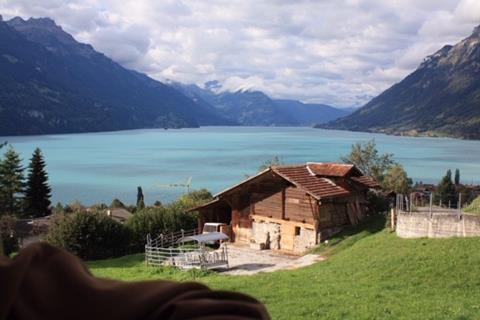 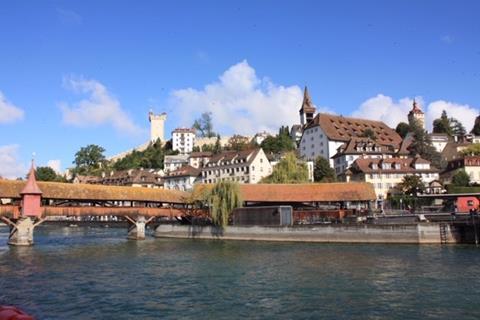 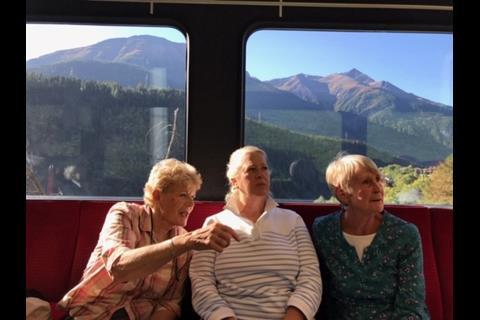 Author discussing point of interest with two of group on the Furka steam train. 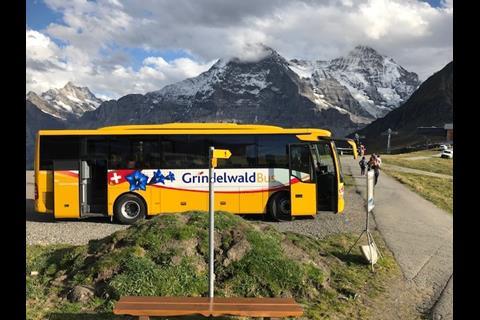 Local coach the group caught from Grindelwald to the top of the Mannlichen cable-car station (7687ft) which they took back to Wengen.

Throughout the holiday our luggage was taken from our hotels and waiting for us in the next hotel – a brilliant service! From here we travelled to Realp and took the Furka Steam Train - what an amazing journey, stopping at the summit at over 7,000ft in brilliant sunshine. After the return journey we had a very exciting bus ride down the mountains and then took trains to the delightful resort of Wengen.

The car-less resort of Wengen was definitely the most popular part of our tour, we stayed three nights but would all have been happy to spend a week or more.

From here we had another glorious train journey to the shores of Lake Brienzer. Here we enjoyed a personal introduction to the work shop of the world’s oldest steam rack-railway, the Brienzer Rothorn Bahn before ascending to the 7,300ft summit. The views on both the ascent and decent were quite breath-taking. The return journey was via a boat to Interlaken and then to Wengen by train.

The next morning we headed off again by train and then took the cog-railway to Schynige Platte where we were greeted at the Alpine Garden by two Alpen horn players. What an amazing place to have a garden, no doubt in the spring it would be stunning.

On the return journey most of us took the train to Grindelwald then up to the Mannlichen cable car where we descended over 7,000ft in a few minutes to the centre of Wengen. 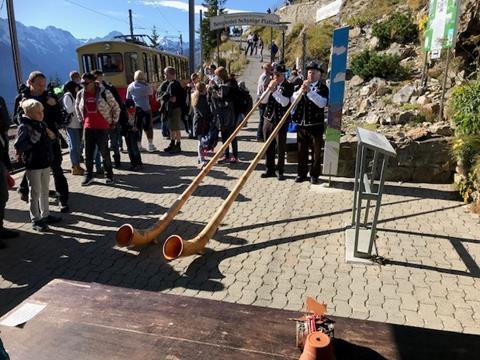 At the top of the Schynige Platte the group were greeted by two Alpen-horns and explored the Alpine Gardens.

The following day, we took the train to Interlaken before boarding a paddle steamer to Thun then by train to Bern. A steam tram dating from 1894 was waiting to take us on a tour of the capital; sadly the main thoroughfare was dug up so we experienced a rather scenic tour of the outskirts and enjoyed a large brass band in one of the squares. We took another train to Lucerne for our last two night stay in this delightful city centre.

We had a fantastic guided tour of the historic city; it had snowed during the night and the mountains were looking quite spectacular. A paddle steamer took us to Vitanau where we caught the cogwheel train to the summit of Mount Rigi; here we had spectacular views of the Eiger and numerous lakes and mountains as far as afield as Germany and France.

The next morning we took another train from Lucerne to Basel where we enjoyed a guided tour before heading to the airport and thence back to Bristol. Travel Editions arranged the holiday with the help of the Switzerland Travel Centre.

It really did run like clockwork, we had seat reservations on all the trains and the detailed planning that went into making the arrangements could not be faulted.

We travelled on a heritage vehicle every day and were exceptionally lucky with the weather, enjoying fabulous blue skies nearly all the time. The group all helped each other both onto and off the trains and as a result it was a really happy party. If you want something a little bit different for your group then I could not recommend this tour enough.

For information about the Switzerland holidays on offer for groups visit: