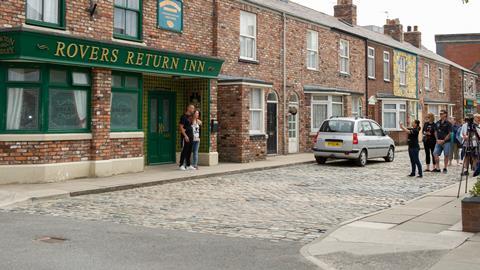 Special anniversaries and new openings for groups in 2020

We’ve rounded up some of the big new openings, special anniversaries and more taking place throughout next year, in one handy feature for group travel organisers to start planning their next outings.

Coronation Street fans may be aware that the soap is celebrating its 60th anniversary in 2020, and now is the time to see Weatherfield like never before. ITV has announced that groups can make use of discounts to one of its set tours in Manchester, with the attraction opening up new areas for the occasion throughout the year, including seasonal events and star tours.

Or for another television themed outing, a Game of Thrones Studio Tour is due to open in Banbridge’s Linen Mill Studios in Ulster, Northern Ireland, by the spring. Inspired by the hit series, the experience will showcase authentic sets, costumes, weapons and props from all eight seasons.

Warner Bros. Studio Tour London will host A Celebration of Slytherin exhibition which, for the first time, will see the Great Hall decorated in Slytherin colours, including original banners from the Harry Potter film series. Costumes and props belonging to members of the house will also be on display at the attraction in Hertfordshire throughout the Tour. The event runs from 3rd April until 6th September. 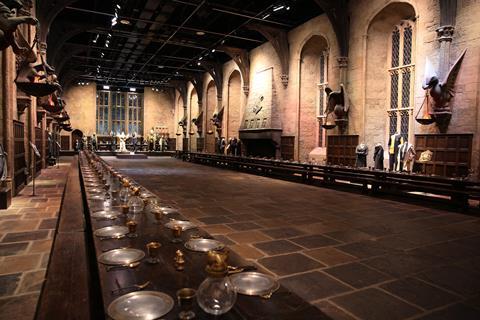 The Great Hall will be decorated in Slytherin colours next year.

Groups may wish to plan a trip to celebrate the National Trust’s 125th birthday in 2020. Events and activities marking the anniversary at the charity’s sites across the country will draw inspiration from one of the Trust’s founders, Octavia Hill. Plus, there’ll be a year-long Acorn to Oak Exhibition of paintings, showcasing different National Trust properties by artist Jilly Oxlade-Arnott at Croome Court.

2020 promises the long-waited opening of one of the biggest horticultural heritage projects in Europe – RHS Garden Bridgewater. Planned to open in the summer, the first new RHS garden for almost 20 years restores Salford’s Worsley New Hall to its former glory – and then some, with the addition of a vast walled garden and a modern welcome building.

The World Health Organisation has officially designated 2020 the Year of the Nurse and Midwife in honour of Florence Nightingale’s 200th anniversary, so there’s never been a better time to get to know the Lady with the Lamp. Groups can go on a Blue Badge Guide-led Nightingale walking tour through London and also join in the bicentenary celebrations at the Florence Nightingale Museum.

2020 marks the 75th anniversary of VE Day too, with the Imperial War Museums hosting special events, mixed in with its permanent war displays and artefacts to shine a spotlight on one of the most significant moments in British history.

Hampton Court Palace in Richmond will host a series of special events to mark the 500th anniversary of the Field of Cloth of Gold – Henry VIII’s legendary encounter with his great rival François I of France. An exhibition, Gold and Glory: Henry VIII and the French King will run from 10th April until 31st August, featuring works of art, gold, weapons, manuscripts and clothing from the actual event. The palace will also host The Great Tudor Games throughout the school summer holidays to get visitors taking part in sports from the period and even a special week-long festival in May which includes jousting, wrestling and more.

May sees Bodmin Jail in Cornwall reopen following a major redevelopment, uncovering the dark past of notorious murderers. A new £8.5 million attraction will open within the building, featuring a Dark Walk experience and the restored execution pit where the condemned were sent. Stories from the past will be heard through ghostly voices from state-of-the-art storytelling equipment too. 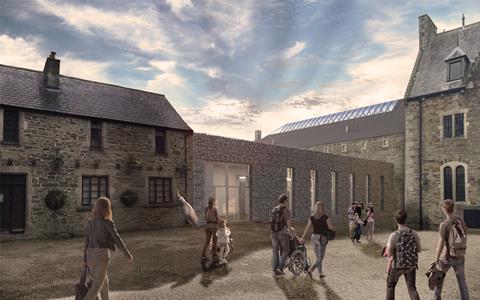 An artist’s impression of Bodmin Jail’s latest feature opening in May.

Groups will be able to learn more about Tudor history at Hever Castle in Kent with the help of multimedia guides which are included from February. The hand-held devices will lead visitors around the childhood home of Anne Boleyn to point out key portraits, tapestries and artefacts. They include commentary from historian Dr David Starkey on the Long Gallery exhibition.

Our annual Summer Planning guide is out now in the December edition of Group Leisure & Travel magazine including more top ideas in 2020 -  you can read it here.