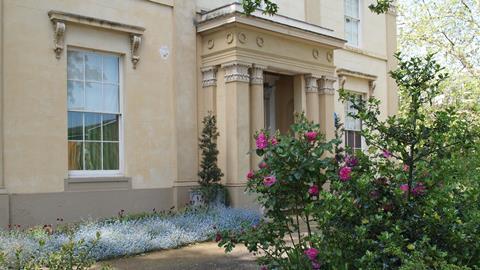 From a major new garden project to museum improvements, a poetry library and something for the adrenaline junkies, there is plenty to look out for in Greater Manchester throughout 2021 and into next year.

This year will see the opening of a new chapter for Elizabeth Gaskell’s House with the public launch of the celebrated author’s bedroom; recreated to reflect how it would have looked when she lived at the property. Group tours are usually available.

Elizabeth Gaskell’s bedroom aims to add a new dimension to the visitor experience, revealing more of her character and life as an author in Victorian times. While in the vicinity of Elizabeth Gaskell’s House, you can also make a beeline for nearby The Pankhurst Centre – the birthplace of the suffragette movement – which will reopen its doors in the summer with a new permanent exhibition At Home with the Pankhurst Family.

First dedicated poetry library in the north west to open

Manchester has a rich history as home to award-winning poets; with the likes of Tony Walsh and his famous This is The Place poem about Manchester, Salford-born John Cooper Clarke, Dame Carol Ann Duffy DBE, Lemn Sissay MBE, and Jackie Kay MBE, all calling the city-region their home.

Building on Manchester’s UNESCO City of Literature status, awarded in 2017, the Manchester Poetry Library is set to open this year. Part of Manchester Writing School at Manchester Metropolitan University, the library will encourage the public to access poetry featuring texts and audio recordings, reflecting Manchester’s diverse culture in more than 200 languages, and will encourage new creative writing with workshops and events.

New Special Exhibitions Gallery at the Science and Industry Museum

The gallery will reveal striking historic spaces previously not open to the public on the lower ground floor of the Science and Industry Museum’s Grade II listed New Warehouse. It has been designed by award-winning architects, Carmody Groarke, and will originate and host some of the world’s best science exhibitions. 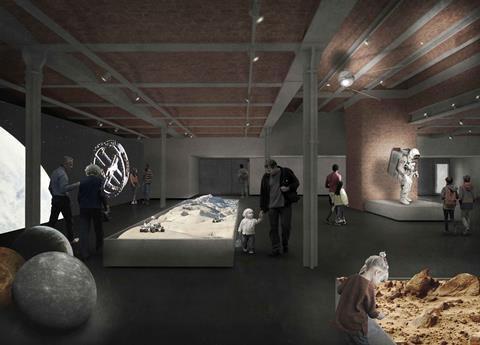 A new Special Exhibitions Gallery will open at the museum which is on the site of the oldest surviving passenger railway station.

The Special Exhibitions Gallery is due to open in March this year with a free exhibition called Top Secret which will explore more than a century’s worth of communications intelligence through hand-written documents, declassified files and previously unseen artefacts from the Science Museum Group’s and GCHQ’s historic collections.

In the summer, the museum will also open an exhibition rescheduled from last summer. Use Hearing Protection: The early years of Factory Records will tell the story of Manchester’s infamous Factory Records, and the distinctive voices that came out of the early years of the record label, featuring previously unseen items including creations from Joy Division, New Order, and Peter Saville. The exhibition will run from 25th June until 4th January 2022.

Manchester Jewish Museum is set to reopen its doors following an extensive makeover and extension. The museum, which is housed inside a former synagogue built in 1873, will double in size complete with a new gallery, learning studio and kitchen, shop and café, alongside the renovated synagogue which will also double up as a performance space.

The museum has more than 31,000  objects and personal histories in its collection, telling stories of Jewish Manchester as well as broader stories of migration, communities and identities that are a key part of Greater Manchester’s diverse make-up.

A new dedicated Fashion Gallery is set to open at Manchester Art Gallery in November this year as part of a permanent shift of the costume collection from Platt Hall Gallery of Costume, which closed a few years ago and is set to take on a new to-be-confirmed use.

The first exhibition at the new fashion gallery will focus on male image and the ‘dandy’ style fashion, made popular in the late 18th and early 19th century. Bringing together fashion, art and photography, Dandy Style will meld the historic with the contemporary and will include approximately 75 extravagant outfits from the Platt Hall collection.

At the top of many group travel organisers lists for when they can travel again will be The RHS’ first new garden in 17 years, which is set to open on 11th May in the lost historic grounds of Worsley New Hall in Salford. 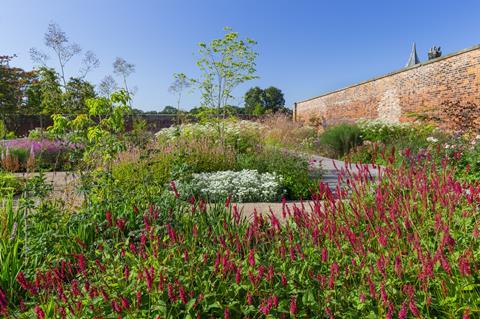 RHS Garden Bridgewater is due to open in May this year.

RHS Garden Bridgewater will be a 154-acre garden and is currently the largest gardening project in Europe. When it opens it will feature a Weston Walled Garden (one of the largest in the UK), a visitor centre and café, community teaching allotments, a Kitchen Garden, orchards, a woodland play area, and a Chinese Streamside Garden, alongside Ellesmere Lake, woodland and other garden spaces.

Sticking with the outdoors theme is Northern Roots. Offering woodland, moorland and seasonal wetlands, this 160-acre site in Oldham is home to an abundance of native and migrating birds, plants and animals and has plans to grow into the UK’s largest urban farm and eco-park. It will include hands-on community projects such as beekeeping, animal husbandry, forestry, as well as mountain biking, performances and frisbee golf.

New building for one of the region’s best-loved theatres

After being closed for two years to allow for a major refurbishment, Octagon Bolton, one of the region’s theatres hopes to welcome audiences back for socially distanced performances this year.

The refurbished theatre includes new seating in the auditorium, a two-floor café/bar, and greater accessibility for improved wheelchair access. 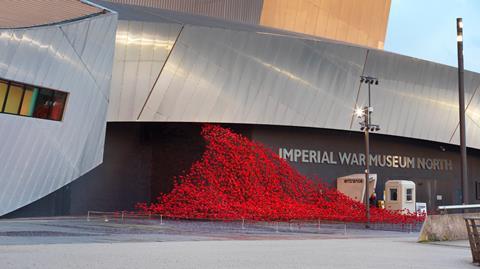 The wave of poppies will be permanently displayed at the Imperial War Museum North from November.

Following the success of Poppies: Wave and Weeping Window, which toured Imperial War Museum London and North during the final year of the World War One centenary and encouraged millions of people across the country to reflect on their own links to the Great War as a shared experience.

From November this year the poppies will be displayed permanently within the Air Shard of the architecturally renowned Imperial War Museum North.

Wigan Pier – made famous by George Orwell’s 1937 book, The Road to Wigan Pier – will be given a new lease of life when the long-vacant 18th Century industrial buildings are transformed into a new neighbourhood waterside attraction.

Expected to be ready in summer 2021, the former icon of the industrial North will become a gin-distillery, micro-brewery and food hall, and will hold events, exhibitions and conferences, with the former education centre set to be used as a cultural hub.

A new family entertainment attraction celebrating ITV’s popular show I’m A Celebrity… Get Me Out Of Here! is set to open at the new The Watergardens development at MediaCityUK.

The I’m A Celebrity… Jungle Challenge attraction promises an exciting mix of tasks and trials based on the hit show, including jungle zip lines, treetop ropes course and vertical climbing walls.