To coincide with the 200th anniversary of the death of Jane Austen, VisitEngland has created an interactive map to highlight the world-famous authors and literary destinations.

The life and works of the Pride and Prejudice author will be celebrated in an array of celebrations and events lined up across the country to mark the anniversary of her death on 18th July.

Austen’s novels, along with the TV and film adaptations, have inspired millions of visitors to explore destinations across England. The anniversary is one of several literary milestones this year; others include the 20th anniversary of the first Harry Potter book and the 75th anniversary of Enid Blyton’s first Famous Five book.

Releasing the map, VisitBritain Director Patricia Yates said: "Jane Austen’s novels have inspired and enthralled audiences for generations, and the sheer scale of attractions and literary-related destinations across England demonstrate her enduring legacy.

“Britain’s myriad of literary heroes - their birthplaces, writing spots and the landscapes that inspired them - motivate readers to explore the country and visit those destinations that bring the stories to life.” 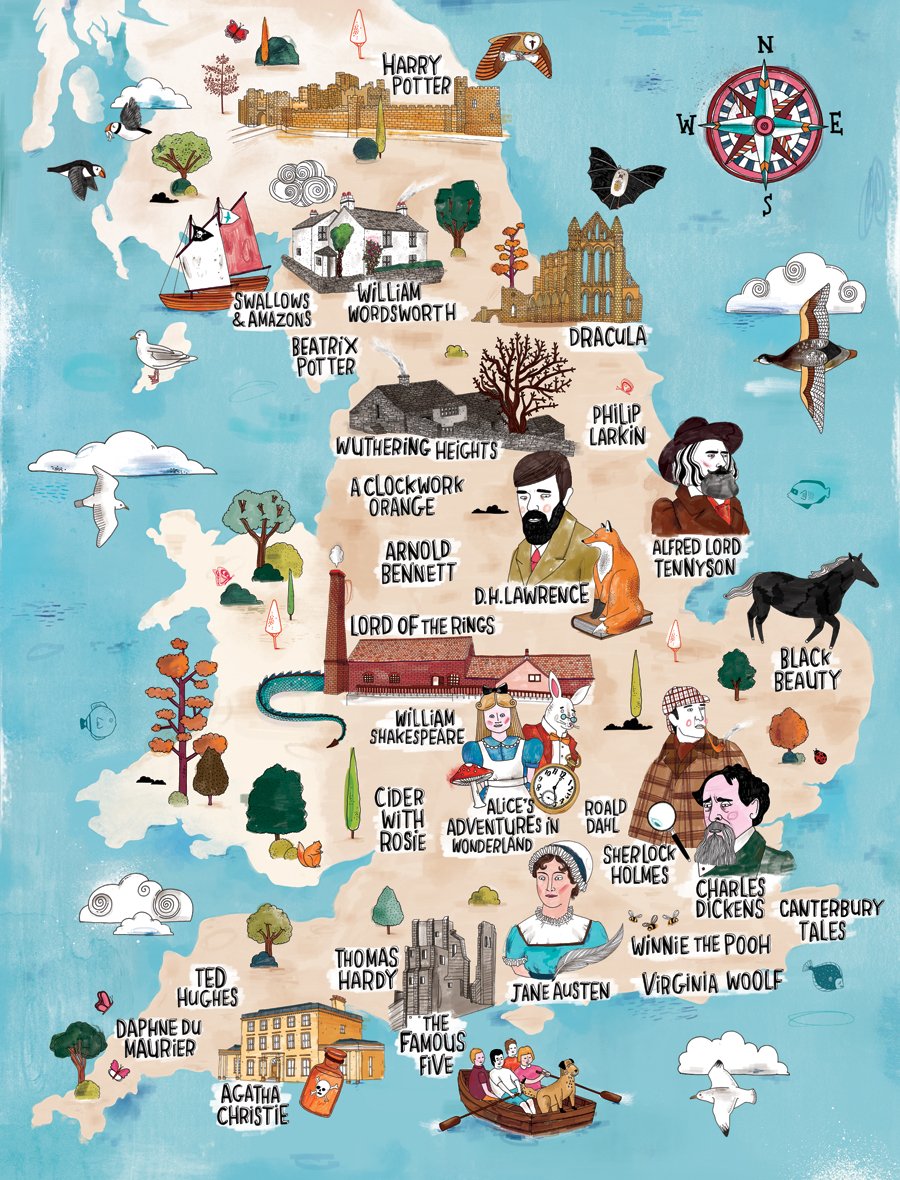 Austen’s fans can visit a variety of UK destinations that appear in her writing, as well as places that inspired her famous novels.

Jane Austen’s House Museum and Chawton House Library in the village of Chawton, East Hampshire, will be hosting changing exhibitions, talks, activities and other special celebrations between now and December.

In Basingstoke, visitors will also be able to follow a downloadable sculpture trail made up for 25 ‘book benches’ until 31st August.

In addition, the Jane Austen Centre, located in Bath just a few doors down from where she once lived, is now home to an exhibition of costumes, manuscripts and film clips that bring the author’s world to life.

Fans of Sherlock Holmes can spend a day on the trail in London, starting from 221b Baker Street at the Sherlock Holmes Museum, where the duo began each of their daring investigations.

Harry Potter enthusiasts can relive scenes of his very first Quidditch lesson in the grounds of the 'real Hogwarts', Alnwick Castle in Newcastle.

More information on the year

Visit England’s interactive map will help you navigate your way around England’s literary hotspots, from Daphne du Maurier’s Jamaica Inn to enjoying a game of Poohsticks in Ashdown Forest.

Research from VisitEngland into literary tourism shows that more than half of British holidaymakers would visit a literary attraction on holiday in England.

These include Jane Austen’s House Museum in Hampshire, which received about 40,000 visitors last year, and the Jane Austen Centre in Bath, which had more than 128,000 visitors.