Hampshire may see a surge in interest later when an adaptation of the author’s unfinished novel Sanditon hits the TV screens. Here are some key Jane Austen attractions for inspiration. 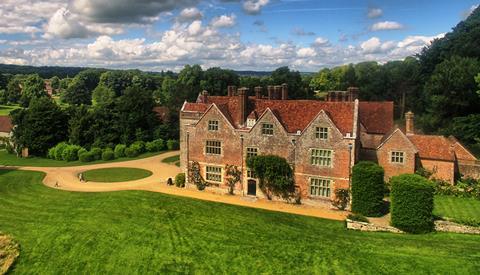 Discover the ‘Great House’ referred to in Jane Austen’s letters.

Jane’s brother, Edward, inherited Chawton House in 1797 when it became the frequent meeting place for Jane and her family.

Highlights include the reading alcove in the Oak Room where Jane liked to sit, as well as the family dining table. Portraits of female authors are hung throughout the house and early feminist works, including Mary Wollstonecraft’s A Vindication of the Rights of Woman and Frances Burney’s Cecilia can also be found.

The house’s current exhibition, Jane Austen’s Reading, which runs until December, is focused on the books that influenced her writing as well as first editions of her texts. 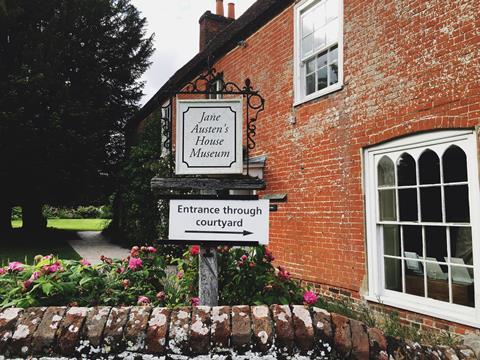 The house-turned-museum in the village of Chawton is where Jane Austen lived and wrote her major works including Sense and Sensibility, Pride and Prejudice and Emma.

Today, the house is a Grade I listed building and one of the most important literary sites in the world, home to a fascinating collection of objects associated with the writer, including her jewellery, first editions of her books, and the table at which she wrote her novels.

Groups can explore Jane’s home and garden whilst learning about her life through the museum’s exhibitions and displays. Those of 10 or more should pre-book and the museum regularly runs different events and workshops. 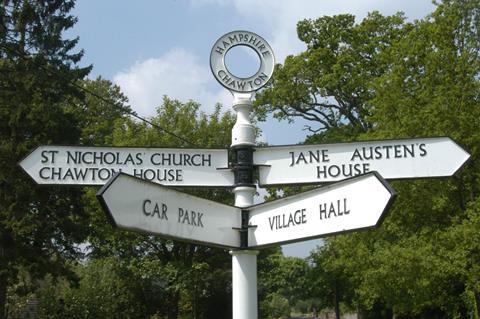 Walk through the world that inspired Austen’s most famous novels.

Discover Jane Austen’s world with this 1.5-mile journey starting from Alton High Street, where Jane and her sister Cassandra frequently visited for shopping and entertainment, then follow her footsteps to Chawton where groups can find her local blacksmith’s, the Chawton House Library and her family home.

Look out for the Jane Austen trail signs along the route. Jane Austen’s House Museum and Alton Museum can  also be found on the journey. 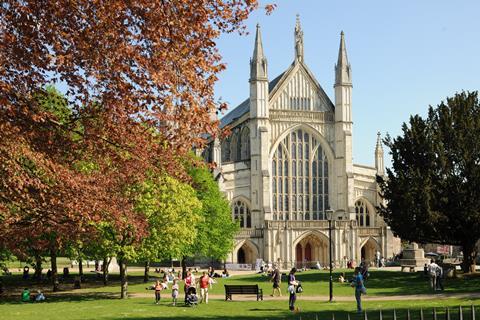 One of the largest cathedrals in the UK, Winchester is the resting place of Saxon royalty, bishops, and Jane Austen herself.

With roots in the 7th century, Winchester’s medieval architecture and stained-glass windows are enough of an attraction alone for groups to visit. Visitors will also find the grave of the much-loved English novelist, located in the North aisle of the cathedral, alongside her three memorials nearby.

The cathedral offers tours which are available from 10am to 3pm Monday to Saturday.

The eight-part drama will air on ITV on Sunday, 25th August.

Part-written just months before Austen’s death in 1817 it tells the story of the unconventional Charlotte Heywood and her relationship with the charming but slightly wild Sidney Park.

It’s a story about love and self-discovery in the 19th century with a twisting plot spanning from the West Indies to the alleys of London.