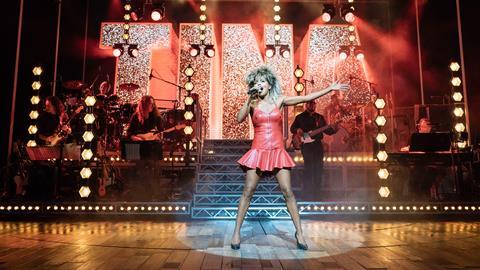 GLT speaks to Adrienne Warren about playing the role of a lifetime Tina Turner, in Tina: The Tina Turner Musical.

A few months later I got the phone call asking me to go to London to play Tina. I was so shocked because at the time I was doing a TV show pilot and had just discovered the show hadn’t been selected and therefore I wouldn’t be moving to LA.

Has Tina Turner always been an inspiration to you?

She’s always inspired me - since I was a young kid. My parents have always been Tina fans and I don’t remember a time when her music wasn’t being played at home. I’d always be dancing around to her music as a child and I think she’s just incredible.

How does it feel taking on such an iconic role?

At first it was terrifying, because you just want to do the best you can, especially for an artist who has influenced you your entire life. I decided to not see it as terrifying but instead to think of ‘doing a good job’. Once I started thinking about it from that perspective I felt good about it.

This show has been such an important time in my life; to have the opportunity to do all the things I love, acting, singing, and performing, I finally feel like I’m in a place where I can do what I was set on this earth to do.

For those who aren’t so familiar with Tina’s story, could you fill us in?

Our show starts at Tina’s humble beginnings in Nutbush Tennessee and we go through her journey with Ike, through the Ike and Tina Tuner Revue, and her personal life with Ike, and how she was able to break away and come to Europe to become the rock n roll singer that we know and love today. I play her from the age of 17 to around 40, so you really see the transformation.

My favourite song has always been Nutbush City. It’s in the musical but I don’t get to sing it at the start of the show; I eventually do get to sing it, but you’ll have to see the production to find out when.

What has it been like to work alongside Tina herself?

It’s been so incredibly helpful, and a dream come true. You can only dream of a situation where you can share the story of such an icon and have her be part of the process and so supportive of you and your work. She has also been so supportive of me as Adrienne too rather than just me playing Tina. She is an incredible being and so full of light. She has inspired me beyond belief.

How do you prepare yourself for different roles?

I like to approach my work by asking myself ‘am I passionate about the work, am I enthusiastic?’ and once I decide I am, I like to approach roles from a physical aspect. I was an athlete growing up so the first thing I do is look at the physical build of the character, which most of the time means having to lose or gain some weight and once I’ve done that it helps me get into the mindset.

When did you realise that you wanted to be a performer?

I remember the first time I travelled to New York, with a group of kids and I saw the Lion King for the first time. I’d never thought of theatre as a career. I’d wanted to be a basketball player but that moment changed my life.

Feeling the energy of the city and seeing how theatre has the ability to move and connect people was amazing. And to see myself represented on that stage by women who looked like me, performing to thousands of people – that changed everything for me!

If you could star in any other show on the West End, what would it be?

I’m already in my dream show! Although I’d love to play Glinda in Wicked – I’d love to get in that bubble.

So, what can audiences expect when coming to see the show?

They can expect to leave having learnt something about perseverance, resilience, and how we can all be champions of our own destinies. Audiences will have an incredible time and rock out.

Tina: The Tina Turner Musical is currently booking until February 2019 at the Aldwych Theatre in London. Group rates are available. Visit www.tinathemusical.com for more details.