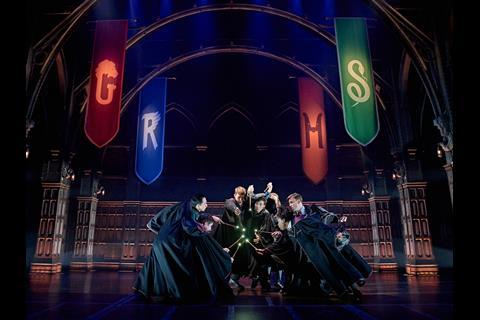 Hogwarts fans will love the stage show, set well into the future after Harry Potter has attended the school. 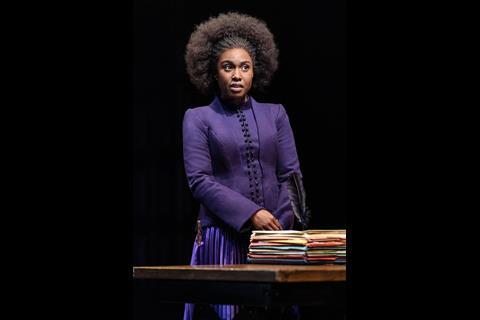 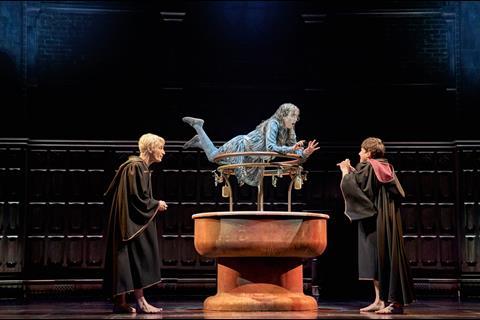 Moaning Myrtle (centre), a favourite from the film series makes a stage appearence. 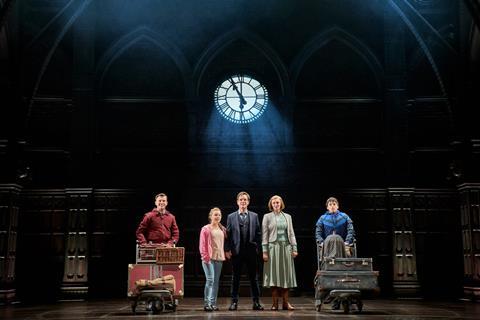 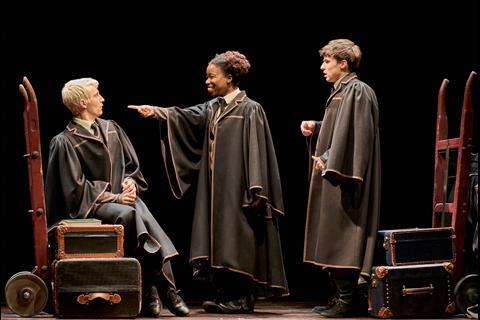 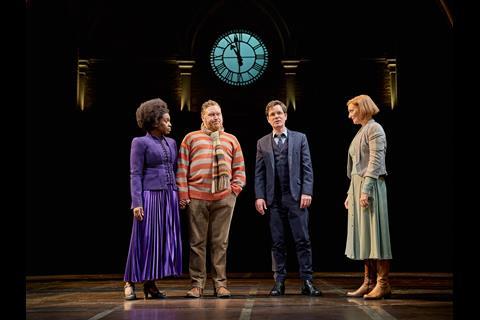 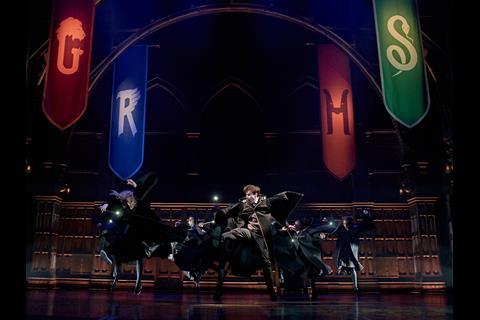 See spellbinding routines in the show. 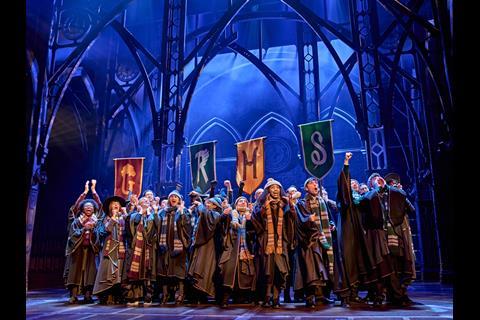 The show features all the magical houses that appear in the film series – Gryffindor, Ravenclaw, Hufflepuff and Slytherin. 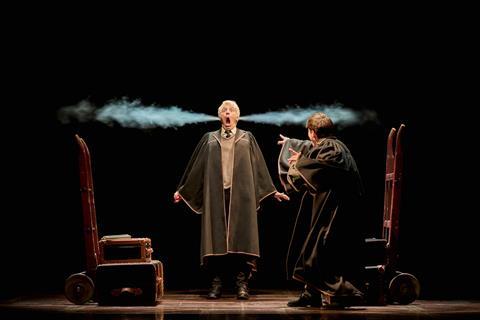 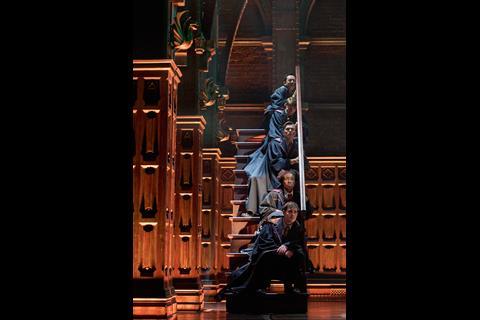 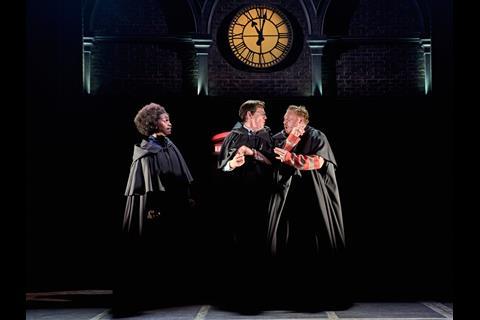 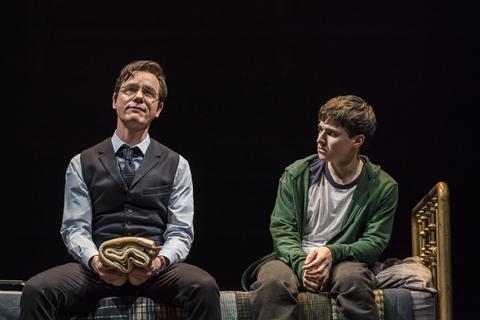 Producers of the West End’s Harry Potter and the Cursed Child have shared some new snaps showing the 2021 cast in action.

The new production images show Hogwarts students using spells, Harry Potter (Jamie Ballard) alongside his family and Moaning Myrtle (Lucy Mangan) up to her usual antics. Use the arrows above to scroll through the new images.

Parts one and two can either run one a single day, with the first beginning in the afternoon and the second following in the evening. Tickets can also be purchased for each part on different days.

It was announced in September that groups of ten or more would be able to save money on selected performances for the first time.

Nineteen years after Harry, Ron and Hermione saved the wizarding world, they’re back on a new adventure – this time, joined by a new generation that has only just arrived at the Hogwarts School of Witchcraft and Wizardry.

Producers say audiences should “prepare for spectacular spells, a mind-blowing race through time and an epic battle to stop mysterious forces, all while the future hangs in the balance”.

For tickets and more information about the show, visit uk.harrypottertheplay.com