GLT’s top picks: 20 destinations for groups to visit in 2020 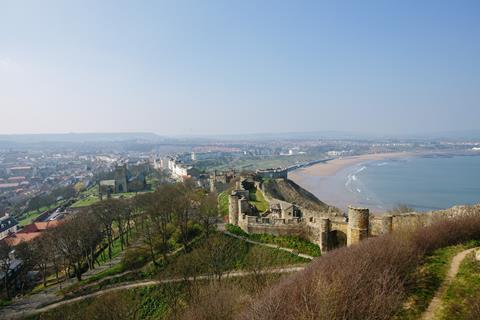 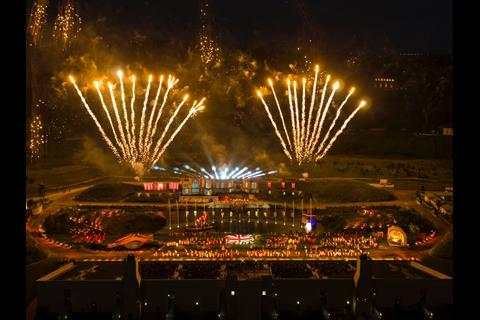 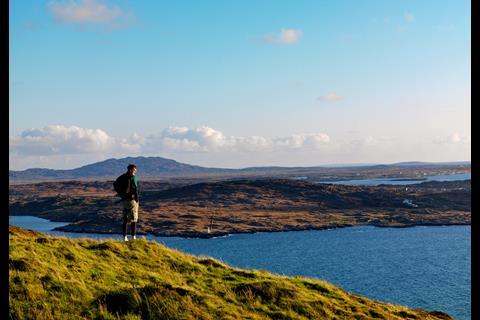 3. Galway: Courage, creativity and resilience are among the year's themes for Galway, the 2020 European Capital of Culture. 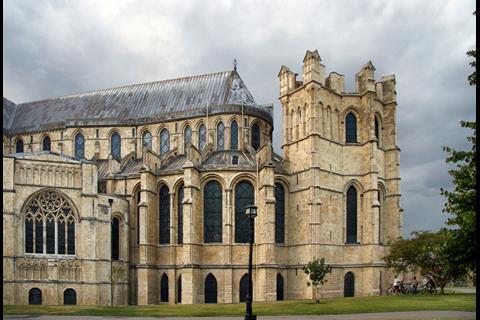 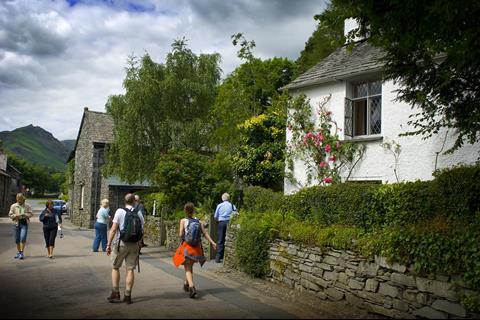 5. Cumbria: Walkers outside Dove Cottage, which Wordsworth described as “the loveliest spot that man hath ever found”. 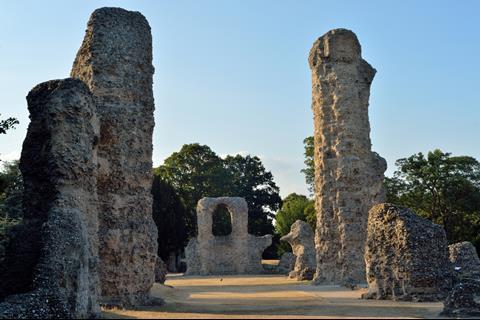 6. Bury St Edmunds: The Abbey of St Edmund was founded 1000 years ago, by St Edmund of King Canute. 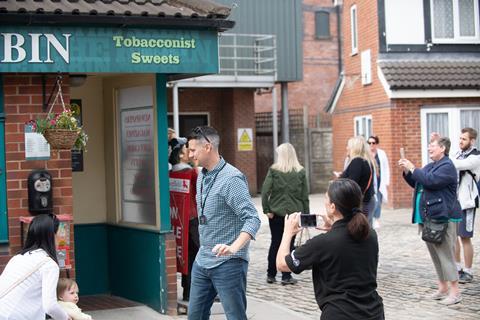 7. Manchester: Groups can take photos outside The Kabin newsagents on a Coronation Street set tour. 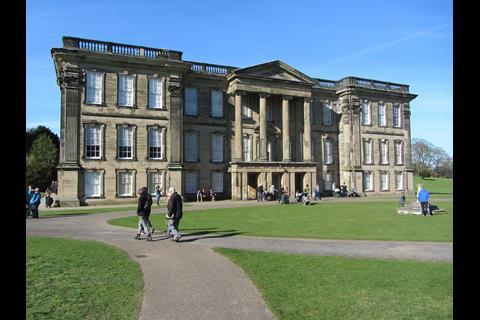 8. Derby: The National Trust's Calke Abbey is another great local attraction for groups. 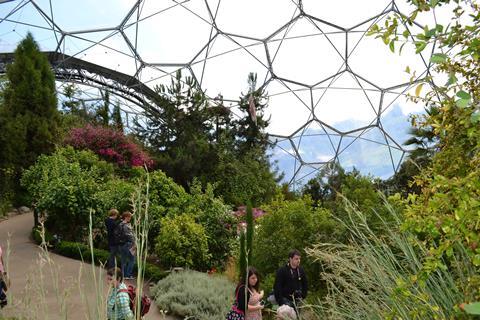 9. Cornwall: Visitors inside one of the Eden Project biomes, protecting its diverse plant life. 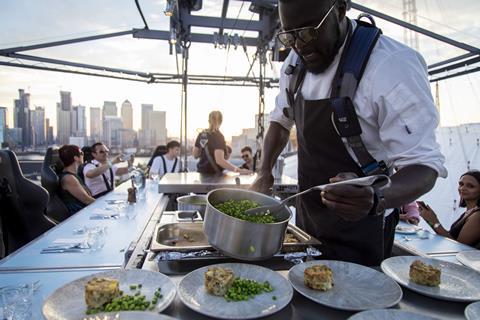 10. London: One on our list of unusual London attractions isn’t for the lighthearted - London in the Sky takes groups 100 feet into the air for a unique dining experience. 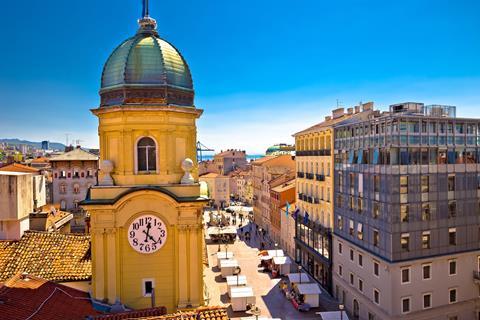 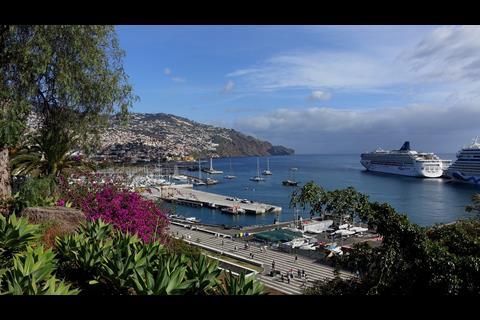 12. Madeira: The harbour city of Funchal sits between the Atlantic Ocean and mountains. 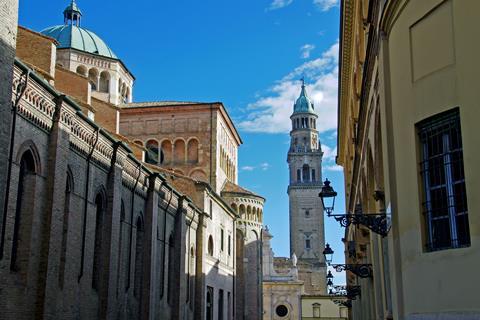 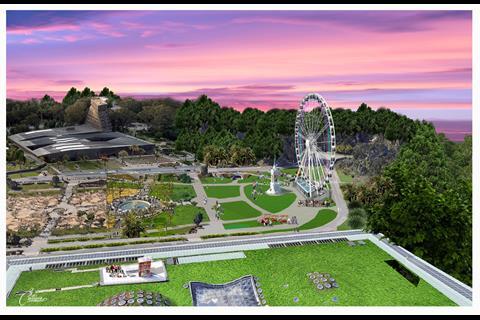 14. San Francisco: A rendering of the Centennial Wheel in the Golden Gate Park. 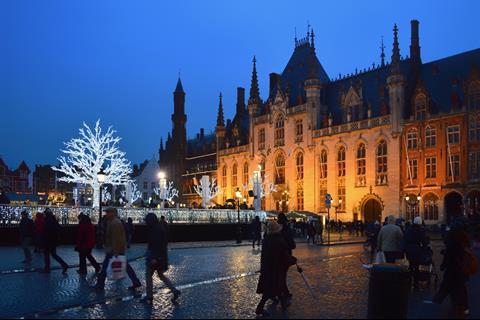 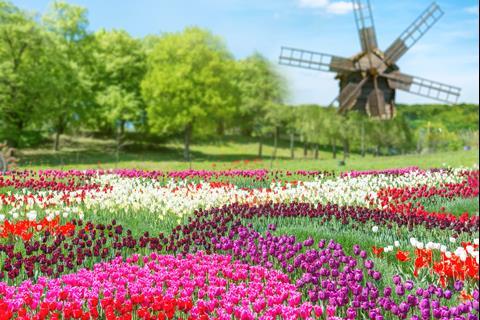 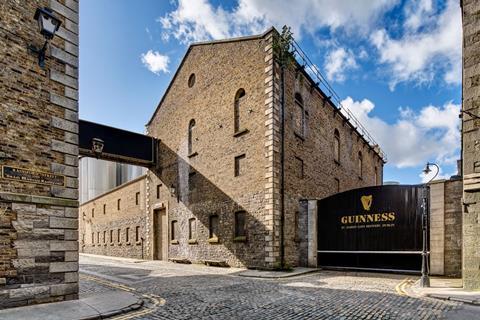 17. Dublin: Groups can book guided tours of the Guinness Storehouse. 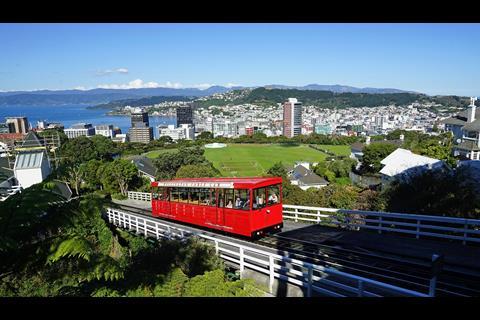 18. Wellington: Take a ride on the country's only running furnicular railway. 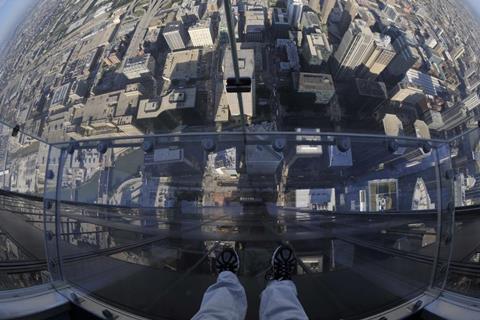 19. Chicago: Groups can organise a visit to Willis Tower's Skydeck for views at 1,353 feet. 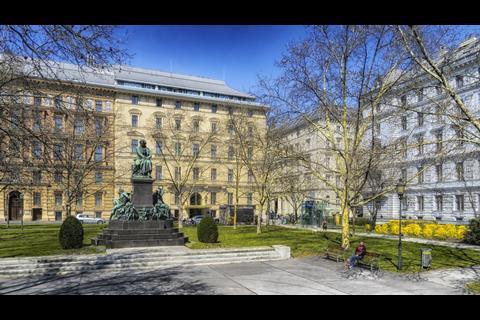 20. Vienna: Beethoven Plaza, where a monument stands tribute to the composer.

Planning a group getaway this year? Galway, San Francisco and Bruges are among our suggestions for 2020 - see where else made the list.

We’ve done the research so you don’t have to – here’s our ten recommended UK locations for groups planning a staycation this year, followed by our ten international picks to inspire an overseas adventure.

Considering a coastal holiday? Yorkshire will be celebrating the Great British Seaside this year, launching an eclectic programme of festivals. Some highlights are the Whitby Fish & Ships Festival, a free weekend event in only its second year sharing the area’s seafaring life; and Scarborough Seafest, an international maritime and foodie event. Groups in the area can also stop at SEA LIFE Scarborough or take in the views from Scarborough Castle, both offering group discounts.

Hikers might be pleased to discover that 2020 has been named Durham’s Year of Pilgrimage, and will see the introduction of a new walking trail across the region and a spotlight on Durham Cathedral with its 1,000 years of pilgrimage history. Pre-booked groups can organise tailored packages with the cathedral, including various catering options. Elsewhere, Kynren - An Epic Tale of England promises be a spectacular summer event for groups, showcasing centuries of English history through a dramatic live show.

Named a European Capital of Culture in 2020 (just one of two cities to obtain the title – keep reading to discover the second), Galway plans to host a vibrant programme of artistic events celebrating its Irish Celtic roots, intended to make an impact across the island. Characterful pubs, live music and seafood aplenty can be found in Galway, as can Connemara National Park - containing megalithic court tombs dating back 4,000 years and the remains of the old Galway road in a huge area ideal for hikers. Plus, groups of all sizes can be catered for at the Tea Room. 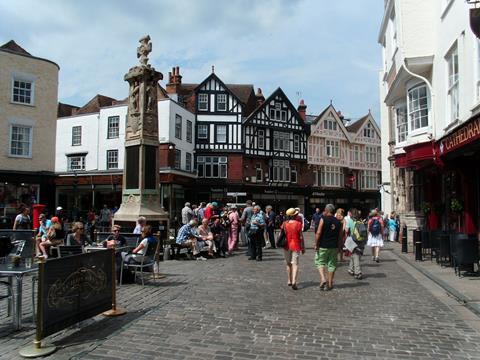 There’s plenty of pubs and restaurants near the entrance of Canterbury Cathedral.

Visitors to the garden of England can commemorate a number of key historical events this year: for example, VE Day, when the fight against Nazi Germany ceased in Europe, marking its 75th year in 2020. Elsewhere, groups can see the famous fighter station of Biggin Hill, with special exhibitions commemorating another major World War Two anniversary - the Battle of Britain.

Canterbury has long been a popular pilgrimage for tourists, and 2020 marks 850 years since the dramatic murder of the Archbishop, Thomas Becket. Children’s workshops, a pageant trail through the city and commemorative events at Canterbury Cathedral are planned.

Fans of William Wordsworth’s nature poetry will be familiar with the Lake District, his home and inspiration for numerous works. 250 years after the poet’s birth, the region will celebrate at associated sites such as Dove Cottage, where he and his sister made their home. Guided tours can be arranged for groups including special exhibition entry.

Railway fans might enjoy a journey through the hills of the Lake District on the Ravenglass & Eskdale Railway, which offers a group menu and combined visits to Muncaster Castle & Gardens.

Year-round events are planned in the Suffolk town connected to the 1,000th anniversary of the Abbey of St Edmund’s founding. On a sunny day, visitors can explore the Abbey Gardens and 14-acre park, and witness notable religious events such as a procession of 100 Benedictine monks and nuns through the town in May, and a manuscript exhibition at St Edmunsbury Cathedral. 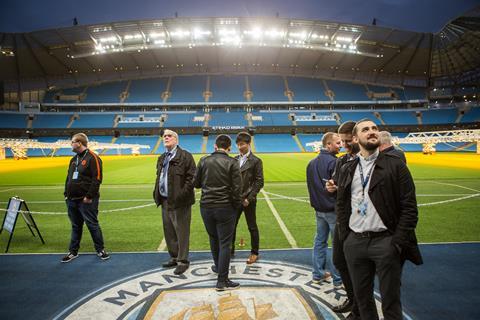 Coronation Street lovers, rejoice - its the 60th anniversary of the soap opera this year, and ITV is launching its guided tours around the set, with new areas opening as the months go on. If football is more your thing, take a trip to the National Football Museum or the Manchester United Stadium. Here, groups can take a tour of Old Trafford that includes the dressing rooms and players’ tunnel.

Did you know that the city of Derby is home to heaps of group-friendly attractions? Visitors can take a tour of the Royal Crown Derby Factory where artisans create the fine bone china; walk through the White Peak Distillery and enjoy whisky tasting; or head to the 17th-century Sudbury Hall, which also houses the National Trust Museum of Childhood.  Plus, there’s the opening of the Museum of Making in autumn, displaying Derby’s industrial history.

Bodmin Jail on the edge of Cornwall’s Bodmin Moor is reopening in May, after an £8.5 million project funding a new visitor attraction. Be among the first to try the new ‘Dark Walk’ experience and see the revamped jail site preserving the area’s crime and punishment history. There are lots of Cornish sites with great group facilities, including nearby coach parking - places like the Eden Project with its famous plant biomes and Pendennis Castle.

There are more ways to mark VE Day in the country’s capital this year, like a visit to the Imperial War Museum London, offering private guided tours studying the impact of war and conflict. There’s new events to inspire a trip to London’s iconic attractions - Buckingham Palace, for example, is hosting a special exhibition about royal animals during its summer opening. Queen Elizabeth’s love of dogs - particular corgis - and horses is expected to be a focus. 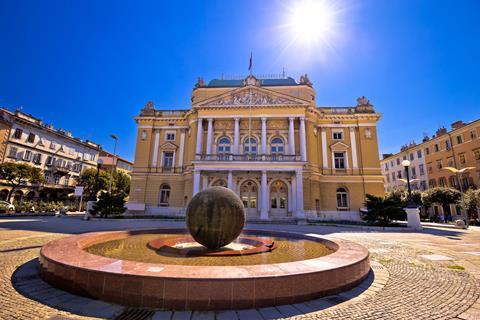 The Croatian national theatre in Rijeka.

With Game of Thrones done and dusted, the spotlight has shifted from the filming location of Dubrovnik to the second 2020 European Capital of Culture – Rijeka. This port city has developed its own European identity thanks to its unique connections to Mediterranean and central and eastern-European influences. Thanks to new cultural funding, three heritage buildings are being renovated into The City Museum, City Library and Children’s House. A visit to the museum provides groups with insight into the area’s rich history.

The 35-mile long island might seem small, but it houses a variety of fauna and nature trails, ideal for hiking. Cruises often stop at the harbour city of Funchal, which is home to plenty of colonial history and the Madeira Botanical Garden, located on the Bom Sucesso Estate.

The northern city – well known as the birthplace of parma ham and parmesan cheese – has been named Italy’s Capital of Culture this year, making it the ideal time to plan a group holiday. Soak up its history as well as the sunshine at Parma Cathedral, or indulge in its culinary tradition with a food and wine tour.

2020 is set to be an exciting year for the popular city of San Francisco, celebrating the 150th anniversary of its famous Golden Gate Park. Spanning more than 1,000 acres, there’s plenty for groups to explore across the green space – view fine art at the de Young Museum, which offers discounts for groups of ten or more; spend the day at the California Academy of Sciences, housing an aquarium, planetarium and history museum under its roof; or take a private tour of the Botanical Garden. Plus, visitors can try out the illuminated observation wheel that’s arriving this anniversary year, offering special views across the city from 150 feet in the air. 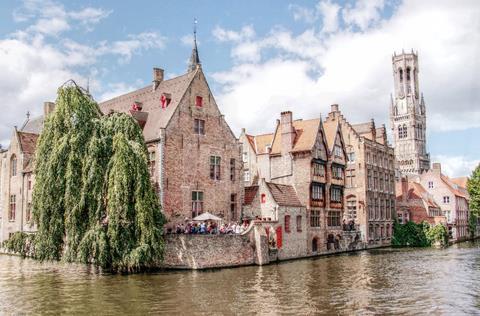 The Belfry Tower is a major symbol of the city of Bruges. There are 366 steps to the top.

Groups new to fairytale Bruges can journey through its history at the Gruuthusemuseum, which has reopened following five years of restoration, showcasing more than 600 displays of tapestries, Gothic stained glass, luxurious Chinese porcelain and more. Its an ideal choice for festive trips, too, when the medieval buildings and cobbled walkways are made magical with the arrival of the Christmas market in the city’s main square.

Considered the ‘architecture city’ of Holland, Rotterdam sports lots of shopping destinations and attractions around its centre - not to mention foodie stops, such as the first indoor market in the country. Plus, it’s a great city base from which groups can take day trips; those interested in live sporting events can see the Invictus Games this May, taking place in The Hague. Garden-loving groups might like to venture to Keukenhof, a spring flower garden with over seven million bulbs planned to bloom during its March to May opening.

Samuel Beckett, James Joyce, George Bernard Shaw and Bram Stoker; the Republic of Ireland’s capital has been home to numerous cultural figures over the ages, and it shows when wandering its streets. Keen readers can visit the new Museum of Literature Island, which welcomes groups of all sizes. Another highlight is EPIC, the Irish Emigration Museum, which was given the accolade of Europe’s Leading Tourist Attraction in 2019. Detailing 1,500 years of Irish history, it’s been described as the world’s first fully digital museum. 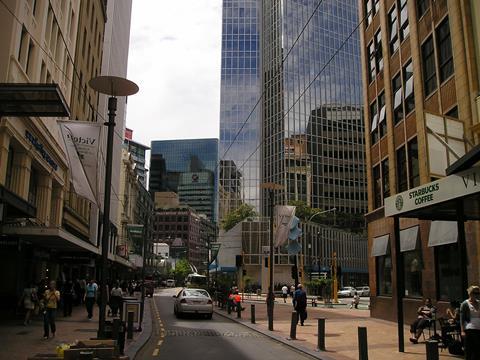 The most southern capital on the globe, Wellington has grown from a Maori settlement to the major hub of New Zealand’s North Island. Experience the sights and sounds of Zealandia, a unique conservation project and ecosanctuary that runs private tours for groups. Lord of the Rings fans can take a behind-the-scenes look at the props, costumes and creature effects that appeared in the films at Weta Cave mini-museum

With direct flights from the UK, Chicago is a reachable city and a great option for jazz and blues fans. Live music is aplenty, particularly in 2020 which has been designated the Year of Chicago Music. Visitors can find free concerts at Millennium Park in the summer, and shouldn’t miss the Art Institute of Chicago, which offers themed group tours and lectures.

With the 250th anniversary of famed composer Ludwig van Beethoven’s birthday arriving in 2020, groups might be inspired to take a trip to his home-town of Bonn, Germany, or to the city where he wrote the majority of his works – Vienna. City-wide celebrations include performances of Fidelio, Beethoven’s only opera. Learn more about the composer at the Beethoven Museum, with discounts and tours for groups of 10 or more.