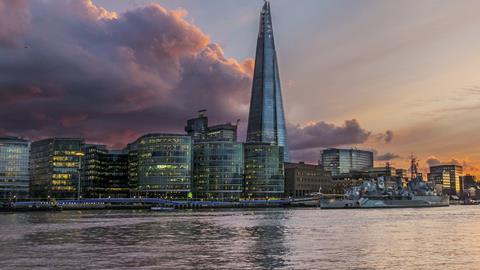 GLT picks: 5 river cruises you’ll want to know about for 2019

River cruising is soaring in popularity. Here are five voyages for 2019 to whet your appetite when booking your next group sailing.

Bring out your inner Humphrey Bogart or Katharine Hepburn with a five-day cruise down the Thames aboard the African Queen.

OK, so you probably won’t shoot the rapids like the leading actors in the 1951 Hollywood epic, but you will be treated like a film star.

Aside from enjoying the spectacular British countryside on this fabulous barge – now restored and converted into an award-winning floating hotel – there are delicious meals, wonderful company and fantastic hospitality to soak up.

The voyage departs from and returns to Mapledurham taking in Henley-on-Thames and Agatha Christie’s stomping ground, Wallingford, on the way.

Sailings on the African Queen 2019 depart on 1st May.

Immerse yourself in the cultural experience of a lifetime with the new-for-2019 Lower Danube Waltz.

This timeless passage of the iconic river with Emerald Waterways slips between the elegant capitals of Vienna and Budapest soaking up the heritage on route.

The eight-day voyage through four countries introduces cultural highlights ranging from traditional Hungarian folk music and dance to the burgeoning viticulture of Croatia.

Other highlights for the August 2019 voyage include a trip to the Spanish riding school in Vienna and sitting down to dinner with a local family in Serbia.

Take in the tulip-coated landscapes as you celebrate spring in Holland and Belgium with a Riviera Travel cruise aboard the MS Oscar Wilde.

A round trip-voyage from Amsterdam features medieval castles and romantic windmills and gives you the chance to sample world-famous chocolates and cheeses.

The seven-night cruise taking in medieval Flanders and the Dutch bulb fields sets sail in April next year.

Explore absorbing capitals and discover charming destinations tucked away within beautiful countryside on a 25-night voyage with Fred Olsen.

Departing from Hirsova in Romania on 12th May you will witness the spired castles, vineyards and charming towns of the Middle Rhine and Lower Moselle valleys on board the Brabant.

Along the way there will be architectural and historical treasures such as Cologne cathedral, Nuremberg Castle and Koblenz’s ancient Ehrenbreitstein Fortress to catch the eye.

Shopping for Christmas is always special and Paris is truly magical throughout the festive season.

Beautiful, dazzling and glamorous, The City of Lights never fails to shine.

Marvel at the outstanding beauty of one of France’s most famous landmarks at the Palace of Versailles on a six-day Shearings cruise along the Seine to scenic Normandy.

Highlights include a fascinating guided walking tour of Rouen and a visit to the historic Palace of Versailles, first built by Louis XIII as a royal chateau in 1623.