We were invited backstage at London’s Lyceum Theatre to see first-hand how The Lion King has brought the African savannah to the capital so beautifully for two decades. 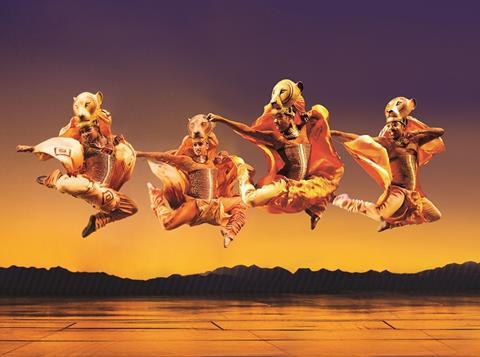 The lionesses in the cast of The Lion King wear carbon fibre headgear, which is hand-painted.

It’s hard to imagine the West End before The Lion King opened at the Lyceum Theatre. The show first opened in London 20 years ago and has remained ever since, becoming a staple of the theatre scene. As it celebrates the milestone, with the announcement of a new UK tour, we had the chance to venture backstage, after watching the performance, to see the magic behind such an incredible show.

Around 50 cast members make up the extraordinary company, resembling all sorts of animals through costume, mannerisms and gestures. Flocks of birds, herds of antelope and a giant elephant wander the aisles alongside the balconies. They manage to captivate their audiences, just as they capture African wildlife so dramatically, especially in the opening sequence when the iconic Nants’ Ingonyama fills the theatre. We’re not sure how they do it but the actors manage to convince you, almost immediately, that they are the animals – and do so for the entirety of the performance.

If you’ve seen the original Disney film, you’ll know how heart-breaking the gorge scene is. During the scene in the musical, as Mufasa attempts to save Simba from a stampede of wildebeest, you feel in the midst of the unfolding terror. During our tour backstage, we discovered that the illusion of a stampede heading your way is created with mechanical spinners. The cast also accompany the scene with outstanding dance routines, wearing colourful masks, as Simba tries to escape - a real spectacle to look forward to when seeing the show.

Revealing the magic of backstage

Once the crowds had dispersed after a brilliant performance, we were led down some stairs and through a side door directly into the ‘wings’. Every inch of space had been used to store the vast number of items used, whether that be masks, props or the ‘Elephant Graveyard’ skeleton set. 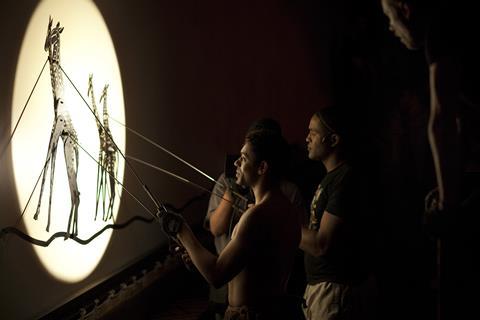 The cast use special puppets in some scenes of the production to create life-like projections.

So much thought and detail has gone into making the show the success it is today, even down to the tiger claw markings across the stage – with each marking hand-painted to resemble a real animal’s territory in the wild. The stage itself is fully automated and split into three sections, meaning it can easily be manoeuvred during the show, sculpting new scenes in one slick motion. 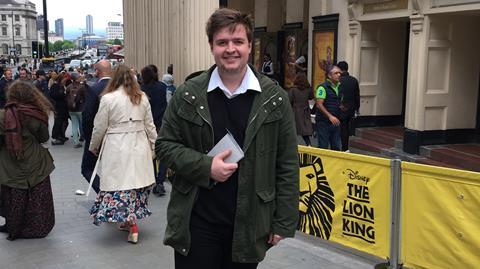 GLT’s Harry Rogers reports back from The Lyceum Theatre.

We discovered that anyone playing the role of Zazu has to train for weeks with the horn bill puppet to perfect the art of movement, with three triggers to operate the eyes, wings and beak, Zazu is brought to life. His neck is also made of a flexible spring to make his movements even more realistic.

A considerable number of the puppets are made in advance so if one breaks during a performance, a spare is always at the ready. None of the birds are thrown away either, as with the masks and other props in the show, a team of specialists are always on hand to repair anything that may break during a performance.

The show has around 20 wardrobe staff who are in charge of making the costumes as believable as possible. Most of them are hand-painted, as are the masks and head wear worn by the actors on stage. These masks are moulded by carbon fibre for a light-weight fit.

Following our tour around the stage and its ‘wings’, we then visited ‘The Bunker’, a long thin corridor directly underneath the stage, which is home to the 350 odd costumes used in the performance. It’s hard to believe that one member of the ensemble usually has around eight costume changes throughout just one performance.

Among the vibrant clothing are 22 corsets, consisting of thousands of beads which are individually hand-sewn into place. Multi-pronged make-up brushes were also designed especially for the show to help achieve excellent levels of consistency and efficiency for every single performance - they’ve thought of everything. 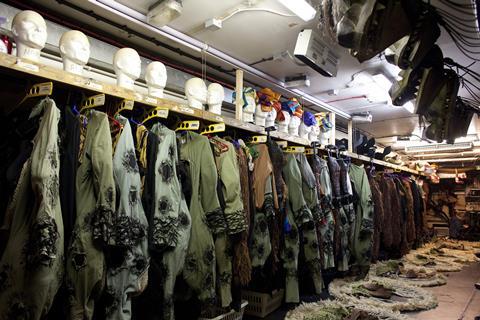 ‘The Bunker’ is full of costumes with each cast member having, on average, eight costume changes in every performance.

It’s no wonder The Lion King has graced the West End stage for 20 years now, transporting audiences to the African wilderness night after night.

The show is brilliant, as is the creativity behind the scenes that comes with it. If you haven’t had the chance to go, make sure you do. And if you can’t make it to London, the production is embarking on a new UK tour to celebrate its milestone year. The new tour will open at the Bristol Hippodrome in September before travelling to Edinburgh Playhouse. More venues are to be announced at a later date.

For more information about The Lion King in the West End and on tour, visit www.thelionking.co.uk