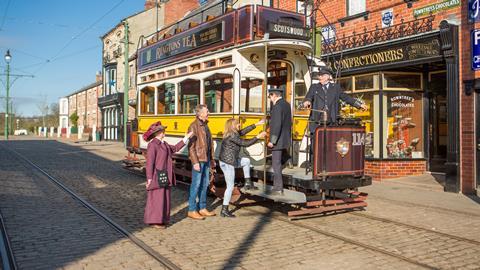 From steam trains to street marches: this year’s group events at Beamish

Beamish has announced a full programme of events for the year ahead inspired by national and local heritage.

The Living Museum of the North in County Durham kicks off its new season in February, with themed events every month. Groups of all interests are likely to find an experience for them - here’s some of what’s coming up:

It’s the Golden Jubilee in February, marking 50 years since Dr Frank Atkinson founded the open air museum after being inspired by Scandinavian folk museums preserving local history. Happy Birthday Beamish celebrations will begin on 15th February with birthday parties in each area of the site, as well as party games and birthday cakes in this family-friendly event running until 23rd February. The theme will be childhood and toys, making the 1950s Town toy shop well worth a visit.

International Women’s Day will inspire experiences at Beamish on 7th and 8th March. Groups can learn about the Suffragettes in the 1900s Town and join in the street march. 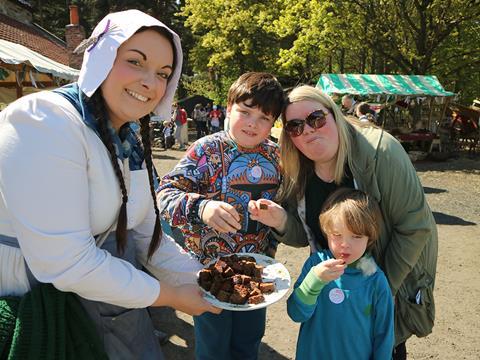 A bite to eat at the Georgian Fair.

The following month sees the arrival of the Great North Steam Fair, featuring a collection of vehicles from the era of steam on display across the four day event (2nd to 5th April). The gathering will include locomotives, fire engines, cars and motorbikes.

Horses at Work is the follow-up event showcasing horse-drawn transport and working ponies. Visitors can meet the equine guests and watch exciting displays from 25th to 26th April.

Classic May Day celebrations will take place on the 2nd and 3rd of the month, which will also see activities marking the 75th anniversary of VE Day on the 8th to 10th. One of the museum’s bigger annual events - the Georgian Fair - will return, offering activities from barrel rolling to Georgian dress up. Visitors can stop by the Quack Doctor and find a ’job’ with The Squire of Pockerley, as well as enjoy performances and displays.

“…as well as the firm favourites such as the Great North Steam Fair and Festival of 50s, we will be hosting some exciting events and surprises throughout the year.”

Another historic transport event, the Morris Car Rally, will take place on 20th and 21st June. The Beamish Reliability Run will occur on the second day, where vintage cars and motorcycles will take a 150-mile route through Durham and North Yorkshire - beginning and ending at Beamish. Early opening and a late close allows spectators to experience the race to the full.

Try on costumes, eat 50s-inspired food and listen to a live musical line-up during the Festival of 50s from 9th to 12th July. Visitors are invited to dress up for the celebration of all things 1950s, with activities and exhibitions available around the site’s 1950s Town and 1950s Farm. 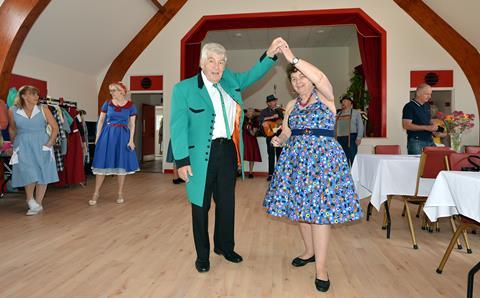 The 1950s Town was only built last year, and includes a Welfare Hall which hosts craft, music and dancing activities.

Groups can kick off the season with a step back in time to the Home Front: Dig for Victory returns for its sixth year from 3rd to 6th September, telling the story of the British countryside’s vital contributions to World War Two. Visitors can head to the 1940s Farm to try some wartime recipes and hands-on activities.

The three day Agricultural Show plans to highlight the north east’s countyside heritage. There’ll be animals to meet, craft areas, live music and demonstrations as well as the Industry Classes, which anyone can enter for free to show off what they’ve learned. 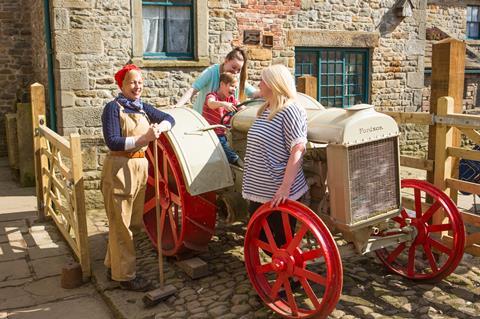 Meeting the Land Girls at the 1940s Farm.

Remembrance Sunday falls on 8th November this year; Beamish will be recognising the day with its own ceremony open to the public.

Groups already seeking ideas for the holiday season can attend traditional festivities at Christmas at Beamish, running from 14th November until 24th December. Plus, exclusive Christmas lunch is available for groups on weekdays, in a private room overlooking the 1900s Town.

Free coach parking (and free admission for drivers and organisers for groups of 15 or more) is available at Beamish. All of the living museum’s events are included within the price of admission, which is valid for the year.

You can view the current admission rates, and information on how to book, at www.beamish.org.uk/group-visits.