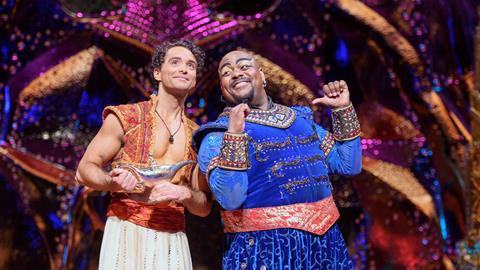 With so many shows coming up this year, here is a selection of family-friendly productions to add to your diaries.

From Disney’s West End shows, to festive musicals and stage adaptations of popular children’s books, there are plenty of productions that groups of all ages can enjoy.

Tickets for the upcoming West End production of Disney and Cameron Mackintosh’s Mary Poppins have now gone on sale. Based on the stories of P.L. Travers and the original, much-loved film, the story is to take to the West End at Prince Edward Theatre to tell the magical story of nanny, Mary Poppins, who arrives at Cherry Tree Lane to change the lives of the Banks family.

Celebrating its 20th anniversary in the West End this year, The Lion King remains a firm favourite show to see. With group bookings now available at the Lyceum Theatre until September, the show is also getting set to embark on a UK and Ireland tour in the same month. With a cast of over 50 actors, singers and dancers, the story of The Lion King is brought to life using masks, puppets, costumes and the sounds of Africa, with popular songs from the animated film including Can You Feel The Love Tonight and The Circle of Life featuring throughout.

Another must-see Disney show for this year is Aladdin before it ends its run at London’s Prince Edward Theatre in August. Following the same story as the animated film, Aladdin features colourful sets, over 350 lavish costumes and original songs including Friend Like Me, A Whole New World and Arabian Nights. 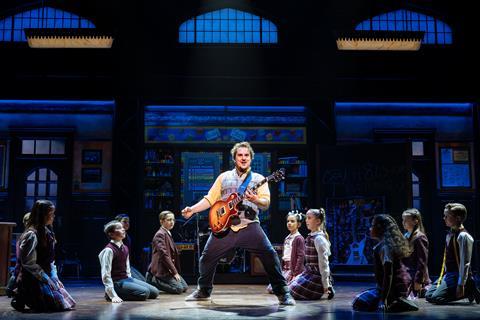 Craig Gallivan as Dewey Finn and the kids in the musical School of Rock.

Based on the hit movie by the same name, School of Rock follows Dewey Finn, a wannabe rock star as he turns a class of straight A pupils into a rock band. Now booking until October 2019 at the Gillian Lynne Theatre, the whole family can enjoy watching on as he tries to get them to the Battle of the Bands without their parents and the school, finding out.

Based on the popular children’s novel by Jill Murphy, The Worst Witch has been adapted for the stage by Emma Reeves and directed by Theresa Heskins. The show opened at the Royal & Derngate in Northampton on 27th November 2019 and is now touring the UK until June this year, visiting venues in Leicester, Liverpool and Birmingham, among others. Telling the story of accident-prone witch Mildred Hubble, the humorous tale follows her and her fellow pupils as they leave a trail of mayhem behind them as they find themselves at the centre of a battle that is being fought for their future.

A new one for 2019, after it kicked off its UK tour last month, the stage adaptation of Elmer The Patchwork Elephant is now due to travel across the UK until June where it will conclude its run at Camberley Theatre. The show delivers the message of always being yourself to children, and will be a celebration of individuality and the power of laughter.

One for later on in the year, the popular festive show, Nativity! The Musical will return for its tour on 29th October at Wolverhampton Grand Theatre, before visiting other venues such as Aylesbury, Canterbury and Plymouth. Featuring songs from the hit films including Sparkle and Shine, Nazareth and One Night One Moment, audiences will be able to watch on as Mr Maddens and his crazy assistant Mr Poppy struggle to put together a Nativity show with their group of hilarious children.