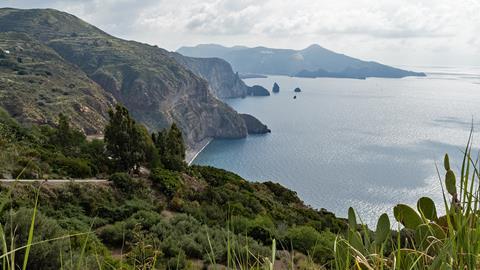 Rosemary Oldham of Faversham District U3A tell us about the Italian highlights she enjoyed alongside other GTOs on a fam trip with Travel Editions.

At Bellini Airport in Catania, Sicily a spirited Sicilian was holding a sign reading ‘Travel Editions’. Twelve tired travellers, having departed Gatwick at 6am, gravitated towards him. It was Tullio Scurria, our local guide for the duration of the visit and by his side, the ever-cheerful Ellen Walker, Travel Editions’ business development manager. The two of them ensured we had a truly wonderful experience of these amazing islands.

After leaving the airport, we had an early introduction to the culinary delights available during our trip at a nearby bar and it was so difficult to choose from the sweet or savoury pastries. Back on the coach we admired passing scenery, including views of Mount Etna, Europe’s largest active volcano, whilst Tullio entertained us with tales of the long history of Sicily and his own personal anecdotes. With such a passionate, knowledgeable guide and our careful driver, we soon found ourselves at the port of Milazzo. 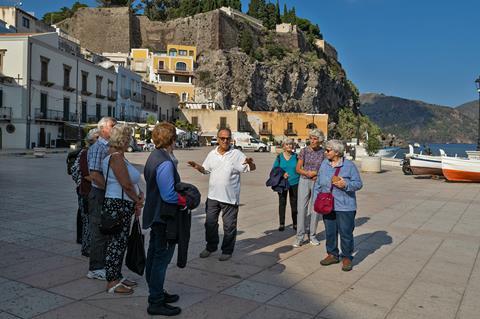 Tour guide Tullio (centre) helped the group understand the history and culture of the islands.

We travelled to the largest of the islands Lipari, where our coastal hotel, the Rocce Azzurre was situated. Most of us had idyllic sea views from our balconies and the Tyrrhenian Sea vistas extended from the terrace dining room. The staff at this family run hotel were exceedingly friendly and nothing was too much trouble. The hotel bar had a good selection of drinks and there was plenty of comfortable seating in the lounge areas. A walk through the narrow streets took us from the hotel to the small harbour, Marina Corta, where we boarded the motor launch on our daily excursions.

We enjoyed wonderful weather throughout our stay, with day temperatures in the mid 20s. There were some red faces at the end of the first boat trip; hats and sun cream were essential. With calm waters, we explored the Tyrrhenian Sea and visited five of the seven significant islands in the archipelago.

The pervading sulphurous smell introduced us to Vulcano. The continuous volcanic activity here was obvious, not only from the side of the mountain but from the bubbling waters cordoned off from bathers. Although we didn’t have time for a mud bath (a good reason to return), we did see the large wooden carving of Aeolus, the Greek god of the four winds after whom, Tullio informed us, these Islands were named. 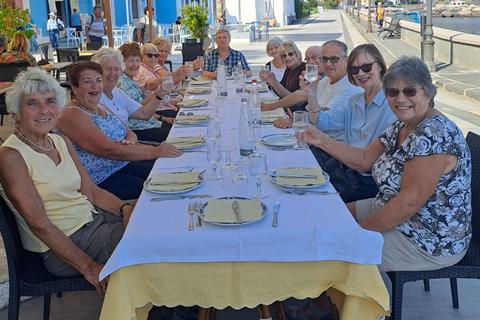 The group enjoyed traditional Italian cuisine on the trip.

Our days were a mixture of boat trips and sightseeing tours on foot or a coach trip around Lipari. And of course, there was was lunch! Always three courses, we often wondered how we were going to manage dinner, but we did.

On the island of Stromboli we had an enormous pizza from the wood burning ovens of Da Luciano’s, a pizzeria situated high on a hill overlooking the bay. I am running out of superlatives to describe the views on this trip. On our final day after a visit to the citadel and archaeological museum, we were treated to a splendid meal at the Filippino Restaurant, fine dining indeed! 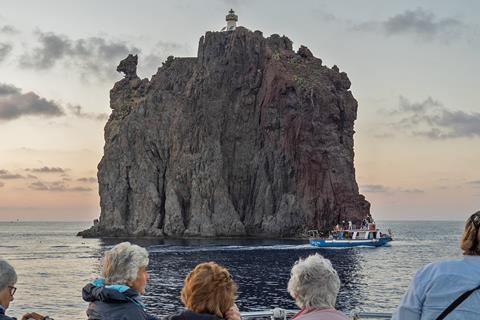 Striking rock formations created over thousands of years were a highlight for all.

We circumnavigated all the islands we visited. We could see how the land had been violently thrown up as the tectonic plates shifted, then eroded over thousands of years, by wind and wave action which had created fantastic shapes as well as tunnels, bridges and caves. Our captains displayed remarkable skill edging us closely to the formations to get pictures. The island of Panarea had the most striking rock formations. Stromboliccio, a volcanic sea stack, with a lighthouse perched on the top was equally impressive.

Lipari is one of only four major areas in the Mediterranean with obsidian deposits, and until 2005 had a large working pumice mine. Salina with its twin peaks, is the second largest island and, as the name suggests, once produced sea salt from its salt lake, the remains of which are still visible today. A vibrant green island, it has over 400 different types of plant life. Malvasia, the dessert wine, is produced here. 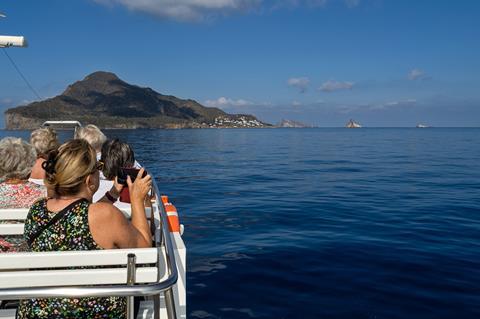 Each day the group would jump aboard a boat and travel to a new destination.

We were also fortunate to see a couple of Eleonora’s falcons nesting on one of the cliff faces. Panarea seemed a rather chic resort, its narrow streets lined with some fancy boutiques. Due to the narrowness of the streets, cars were forbidden here and local transport is by golf buggy. We were amused to see three blue buggies complete with flashing lights by the police station.

The highlight of the trip is not easy to choose, but was probably watching the sun setting as we left Stromboli. As dusk turned to darkness we could hear the rumblings of Stromboli and a minor eruption was visible; bright red against the blue sky. It might not have been the dazzling display depicted on tourism posters, but to have experienced it from a safe distance was enough. We were thrilled! 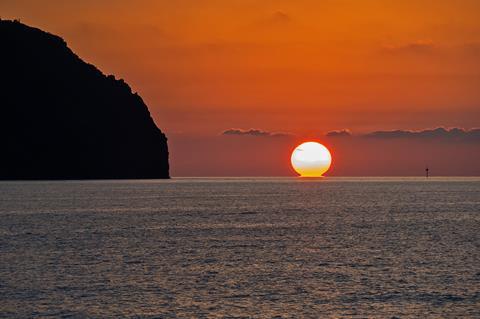 Rosemary enjoyed watching the sun set as they left Stromboli.

The islands do not have a natural water supply, so the water tanker became a familiar sight. All refuse is also taken from the islands, so it’s no wonder they’re all so clean, and we had the opportunity to look over a couple of other hotels with future trips in mind. It is quite remarkable how much we were able to experience in such a brief stay. After a truly memorable trip, expertly organised by Ellen and Tullio, I am already looking forward to exploring these wonderful islands further, perhaps on a walking holiday.

For more information about all holidays on offer from Travel Editions, go to www.traveleditions.co.uk