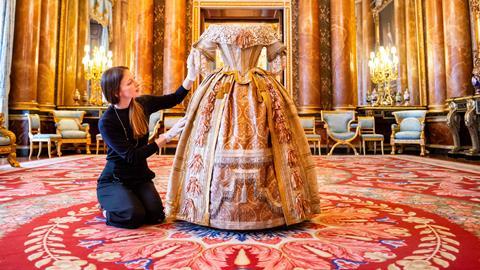 GLT went along to Buckingham Palace for a sneak preview of the new exhibition, Queen Victoria’s Palace, ahead of this year’s summer opening of the State Rooms.

At the age of just 18 when she ascended the throne, Queen Victoria was to become the second longest-reigning monarch in history (a staggering 29,828 days).

Fairly early on in the audio-guided tour of the special exhibition, Queen Victoria’s Palace,  is the Throne Room - now including Queen Victoria’s throne (complete with very worn arm rests, unsurprising given how many times she would have sat in it).

Among Queen Victoria’s remarkable achievements was transforming the empty royal residence into the most glittering court in Europe. She was the first monarch to use Buckingham Palace as an official royal residence, moving in just three weeks after her ascension. 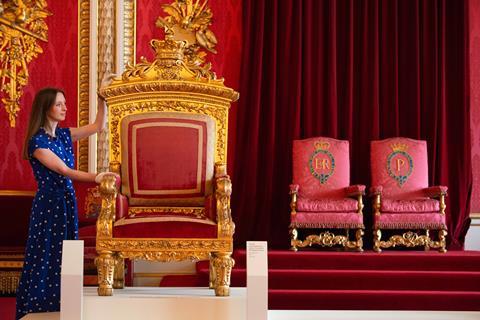 A curator puts Queen Victoria’s throne in position ahead of the summer opening of the State Rooms.

The exhibition follows the history and development of the palace from the Queen’s coronation in 1838 to the completion of the new Ballroom in 1856. Objects on display include a number of plans and sketches to design and build a fourth wing at the east side of the palace.

Queen Victoria’s transformation was to become a 20-year labour of love, turning Buckingham Palace into a family home for her, Prince Albert and their nine children.

The display tells the story of this journey and how the Queen created traditions that still stand today, such as the annual summer Garden Parties and even the balcony where the royal family gather for public appearances (the balcony was built at Prince Albert’s request).

While she may not have been perceived to be the most maternal of mothers, there are some heart-warming extracts from the Queen’s journal (she wrote almost every day), that show how much the couple adored their children. There’s even a casket with some of the children’s teeth on display as well as bracelets containing portraits of each of their children.

Other highlights of Queen Victoria’s Palace

Pepper’s Ghost technique: The Ball of 1856, which is recorded in a watercolour by Louis Haghe, has been recreated using this Victorian illusion technique and a series of projections around the Ballroom. In a haunting display, you watch four couples dancing the opening waltz to La Traviata (by Italian composer Giuseppe Verdi). In the adjoining Ball Supper Room, you’ll see how the ceilings would have been decorated, with exotic birds and gold stars, thanks to new projections.

Victoria’s dessert dining table: Laid out beautifully, the table in the State Dining Room gives a flavour of the Queen’s love of entertaining. Replica desserts have been created to show what a typical pudding service would look like and what would have been on offer. 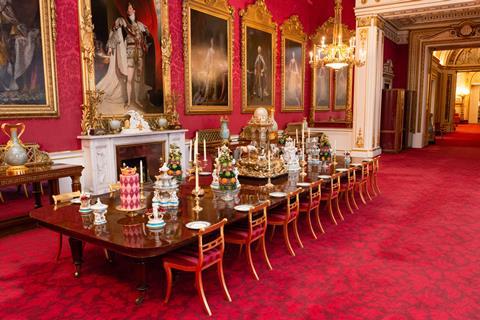 The State Dining Room at Buckingham Palace is set up with how Queen Victoria would have had dessert.

There’s also an incredible silver-gilt and enamel table fountain which serves as the centrepiece - you’ll leave wanting to upgrade your crockery set (don’t worry, there are some great items for sale in the shop after).

Her costume for the Stuart Ball: This breathtaking gown is the most glamorous of all of Queen Victoria’s surviving clothes and was commissioned for her to wear at the 1851 Stuart Ball (the royal couple held three magnificent balls at the palace).

Designed by the artist Eugene-Louis Lami, the monarch wrote a detailed account of the occasion in her journal commenting: “I was so proud and pleased to see my beloved Albert looking so handsome, truly royal and distinguished, and so much admired. I must say our costumes were beautifully made.”

The Music Room: When Prince Albert died at the age of 42 in 1861, Queen Victoria went into mourning and barely stepped foot inside Buckingham Palace. The commemorative marble bust of Prince Albert, which was commissioned by Victoria just a fortnight after he died, is on display as part of the exhibition. Alongside it is a work of art, also commissioned by the Queen, of the family surrounding the bust in Prince Albert’s honour. A very emotive tribute and a touching example of the bond between the couple and the impact of Albert’s death. 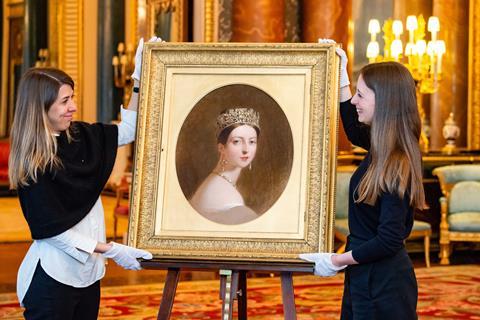 This portrait of Queen Victoria, by Thomas Sully, is on display for the exhibition.

Running daily until Sunday 29th September, the special exhibition marks the 200th anniversary of Queen Victoria’s death. Visitors will discover how she made the palace what it is today, the headquarters of the monarchy, a rallying point for national celebrations and a family home.

Group bookings of 15+ are available and tickets include a multimedia guide. You can also enjoy a walk through the garden at the end of your visit as well as the gift shop and views of the famous lake.

The summer opening of Buckingham Palace: