A tour of Sussex provided reunions and light relief

A Sussex Circular Tour with his group gave Geoff Allen a chance to offer some light relief. 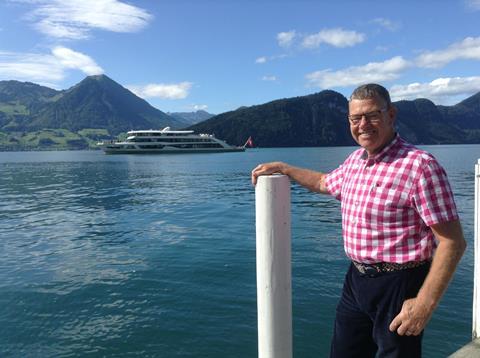 Geoff Allen wanted the trip to offer his group some light relief.

The main purpose of the tour was to let people know that Travallen Travel & Events is still in existence and to offer some light relief. Although the weather was unkind to us, the guests enjoyed their reunions and what’s more important than travel companions?

Billed as a Sussex Circular Tour, the 28 guests travelled on a 57-seater coach, were socially distanced and informed of the risk assessment in place as followed by VisitEngland’s ‘Good to Go’ directive. They were also informed of our own health and safety guidance and procedures.

A gentle and relaxing journey from our Hampshire base took us to our first destination at Midhurst. When Travallen Travel first set out back in 1968, Midhurst was always the refreshment stop en route to such destinations as the south coast. 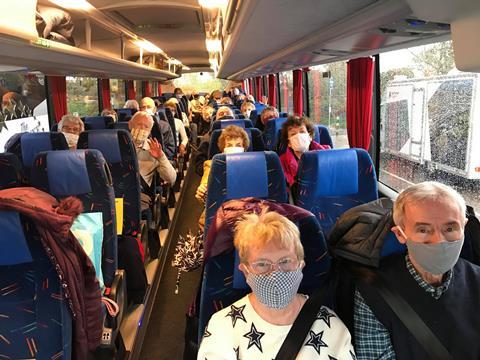 The 28 guests travelled on a 57-seater coach.

This trip however, was an opportunity to enjoy a morning coffee at the town which has great historical, social and political significance – Cowdray played host to both Queen Elizabeth I and King Henry VIII. Guy Fawkes once worked at the house, which later caused the Montague Family to be implicated in the Gunpowder Plot of 1605. Then, in the Civil War, the Parliamentarians used the house as a Roundhead barracks. Partially destroyed by fire in 1793, the magnificent ruins now tower over the town’s water meadows where visitors can choose to explore where Kings and Queens of England once stood.

Back on the coach, it was time to continue the tour and travel through the beautiful Sussex countryside to take in the next destination allowing time for lunch.

Secret Chichester, as it is promoted, has heritage ranging from Roman walls and roads to Roman villas and farmsteads where guests were hard pressed to miss its ties with the Roman Empire. The group really did discover that there’s much more to the city, including the Novium Museum. 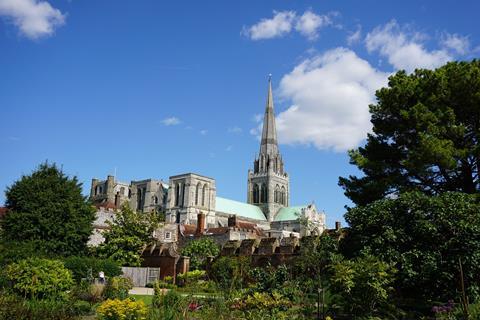 The award-winning museum opened in 2012 and is built over the remains of a Roman bathhouse with three floors of fantastic exhibitions, telling the fascinating story of Chichester District and its rich heritage. It looks after 500,000 artefacts, both on display and in its store. The museum was free to visit, and is located in Tower Street, close to the cathedral and opposite Chichester Library.

Others were attracted to Chichester cathedral. Built to the glory of God, the Cathedral is the Mother Church of the Diocese of Chichester which covers East and West Sussex. Nowadays, the Cathedral is also a visitor attraction, a venue for music and the arts and an all-round hub for the community which welcomes over 350,000 people a year. There’s certainly more than meets the eye in Chichester.

Back on board the coach for the final leg of our circular tour and travelling back across the South Downs, the first tour since lockdown was unanimously voted a great success.

The final afternoon ‘cuppa’ stop was at Arundel which again captures the essence of heritage, urban chic and country pursuits. Combining 1,000 years of history, guests enjoyed the cobbled streets which are steeped in history; some chose the art galleries and others were tempted with independent shops and the very interesting Arundel Museum. Here, they could see the story of Arundel; the town, the port, the castle and its people in a purpose-built, award-winning museum.

Although there wasn’t time to visit Arundel Castle, guests were able to learn that it is a restored and remodelled medieval castle and was established by Roger de Montgomery on Christmas Day 1067. Roger became the first to hold the earldom of Arundel by the graces of William the Conqueror. The castle was damaged in the English Civil War and then restored in the 18th and 19th centuries by Charles Howard the 11th Duke of Norfolk.

Keeping good faith for a loyal customer base seems to have paid off and at the same time, giving a small number of guests some enjoyment in the hope we’ll be able to reunite in force in the near future.