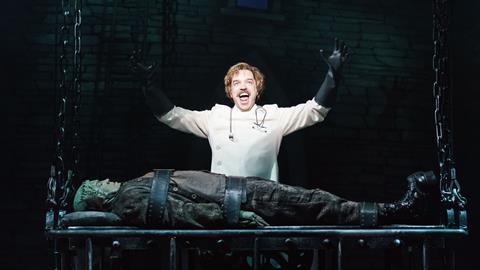 We round up some of the UK’s upcoming theatre tours, from plays to musicals, and explain why you’ll want to get tickets.

The musical, based on the Oscar-nominated movie, will end its year-long residency at the Garrick Theatre on 25th August before it begins a major national tour from September 2019. Full venue details and dates will be announced later this year when tickets go on sale.

Why see it? The show, written by comedy genius Mel Brooks will have the audience in stitches. Fans of Brooks’ films will enjoy seeing his humour shine through in this musical rendition of his popular film by the same name.

The show, which opened in December 2016 at the Savoy Theatre, will give its final performance next January, completing a run of more than two years. The show will then embark on a tour of the UK with details to be announced in due course.

Why see it? If you’re a fan of heartfelt and inspirational stories, as well as powerful voices, Dreamgirls will be right up your street.

Opening on 4th October at Theatre Royal Bath, the play will go on to visit venues in Nottingham, Malvern, Oxford, Cambridge, Edinburgh and Chichester, with additional venues to be announced.

Why see it? If you’re a fan of the film, which won many awards, then you’ll love seeing it adapted for stage. Previously staged in the West End, this show is highly recommended.

JB Priestley’s classic thriller An Inspector Calls will visit a number of UK venues in September and October, on a new short tour opening at the York Theatre Royal. Other venues will include Cambridge Arts Theatre and New Wimbledon Theatre.

Why see it? If you’re a fan or murder mystery and crime stories, then this play will satisfy. The ideal ‘who-dunnit’ story will have the audience trying to guess the outcome.

Matthew Bourne’s production of Swan Lake will head on a 32-week tour later this year, beginning at the Theatre Royal Plymouth on 22nd September.

Why see it? Groups who love ballet and well-choreographed numbers will enjoy this rendition of Swan Lake as it visits a venue near you. It will also have a Christmas season at Sadler’s Wells.

The musical’s tour will begin at the Churchill Theatre Bromley on 9th November with its schedule currently confirmed to run until November 2019. The tour is expected to visit Bromley, Salford, Oxford, Wolverhampton, Newcastle, Hull, Aberdeen, Northampton, Nottingham and Sheffield.

Why see it? The much-loved story of Doctor Dolittle and his animals will star Mark Williams of Harry Potter and The Fast Show fame in the title role.

Keith Jack, Mica Paris and Jorgie Porter will star in the new UK tour of Fame - The Musical opening at Manchester Palace on 20th July to mark the show’s 30th anniversary year. The tour will visit Blackpool, Bradford, Woking, Birmingham and Brighton, with more venues and dates expected to be added.

Why see it? If you want to get up on your feet and dance or just tap along, Fame is the show. With its catchy songs, your spirits will be lifted in minutes.