7 of the best: Upcoming theatre tours to have on your radar

There are so many fantastic shows touring the UK & Ireland this year and next, it’s hard to know where to start. We’ve selected 7 productions to look out for at a theatre near you. 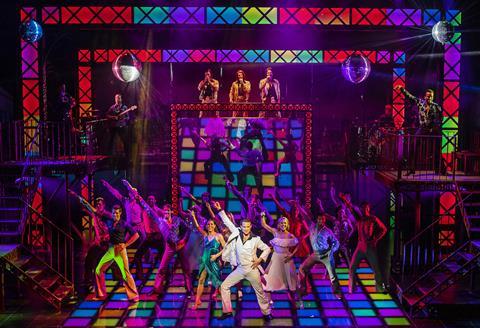 Richard Winsor will star as the iconic Tony Manero in the tour of Bill Kenwright’s reimagined production of Saturday Night Fever. Opening at The new Victoria Theatre in Woking on 6th August, the production will end its run at Milton Keynes Theatre on 19th October.

Winsor is best-known for his role in BBC One’s Casualty and will help tell the story of ‘Tony Manero and his reckless yet thrilling road to dancing success.’ The musical also features some of the Bee Gees’ greatest hits including Stayin’ Alive, How Deep Is Your Love, Night Fever, Tragedy and More Than a Woman.

Based on the 2007 film, Once will embark on its first major UK tour, opening at the Ashcroft Theatre in Croydon next January. The show ‘tells the uplifting yet yearning story of two lost souls - a Dublin street busker and a Czech musician - who unexpectedly fall in love. Following their relationship across five short days, big changes happen to both of them in little ways.’

Daniel Healy and Emma Lucia will return to their roles of Guy and Girl, with further casting still to be announced. Liverpool, Edinburgh, Nottingham Sheffield, Birmingham and Plymouth are just some of the cities hosting the production up until July next year, with more destinations to be revealed at a later date. 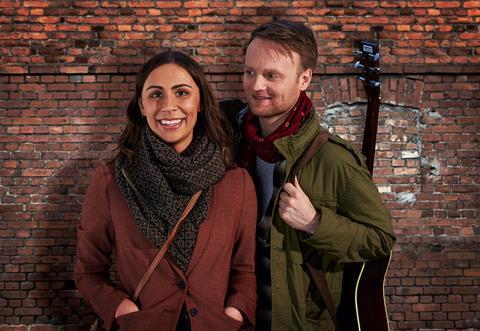 The UK tour of Once will begin in January 2020, with venues to be announced.

Following its West End success, 9 to 5 the Musical will take to the road on an 11-city tour of the UK and Ireland from 6th September this year. Louise Redknapp and Amber Davies will appear on selected dates throughout the run, taking the popular West End show across the nation. The musical, which opened in London earlier this year follows the lives of ‘Doralee, Violet and Judy - three workmates pushed to boiling point by extending their sexist and egotistical boss.’ The run begins at The Alexandra Theatre in Birmingham, finishing in Dublin on 23rd November. 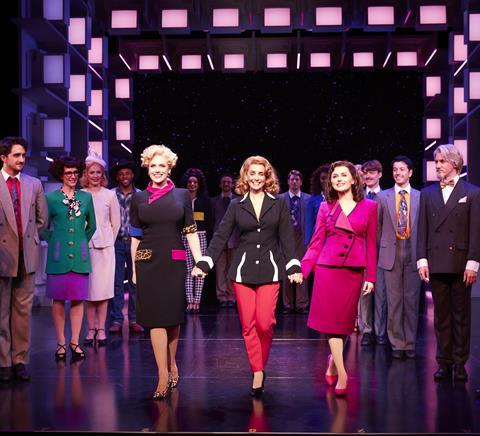 Louise Redknapp and Amber Davies will take to the stage across the UK.

BBC Strictly Come Dancing winner Ore Oduba will join previously announced Jason Manford in the UK tour of Curtains, opening at the Churchill Theatre, Bromley on 4th October. The dancer-come-actor has become a familiar face on television, presenting the likes of The One Show and This Morning. Carley Stenson, Rebecca Lock, Samuel Holmes, Leah West and Alan Burkitt will make up the rest of the cast, travelling to a host of cities up until 11th April next year.

From the creators of Chicago, the musical uncovers the mystery death of ‘Jessica Cranshaw, star of the new Broadway-bound musical Robin Hood, who has been murdered on stage on opening night. It’s down to local detective, Frank Cioffi (Jason Manford) to solve the case’. 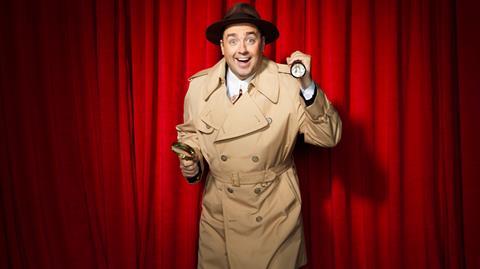 Jason Manford will star as detective Frank Cioffi in the UK tour of Curtains.

The new tour of The Red Shoes will begin its run on Monday 18th November at Theatre Royal, Plymouth, starring Adam Cooper and Ashley Shaw. The pair return to their roles of Boris Lermontov and Victoria Page, with Cooper claiming the part for the first time in more than 20 years. After selling out its world premiere season in 2016, the stage adaptation of the original film has won two Olivier Awards after touring the States and the UK.

The production is a ‘tale of obsession, possession and one girl’s dream to be the greatest dancer in the world. Victoria Page lives to dance but her ambitions become a battleground between the two men who inspire her passion.’ Plymouth, Salford and London are the first cities to be revealed on the run with further dates still yet to be announced, running into 2020. 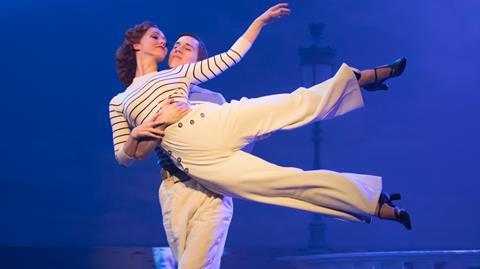 Ashley Shaw as Victoria Page and Dominic North as Julian Craster in The Red Shoes.

The West End and Broadway hit comedy Boeing-Boeing will embark on a national tour starring Tom Lister and Daniel Casey, opening at Brighton’s Theatre Royal on 4th September. Further dates and casting announcements are to be revealed at a later date. Tom Lister is best known for his role as Carl King on ITV’s Emmerdale and Daniel Casey played Sgt Troy in Midsomer Murders, also on ITV.

The crafty Bernard has managed to keep his three fiancés blissfully unaware of each other – until now. Three Flight Attendants, three different airlines, three different timetables, each perfectly manoeuvred to avoid Bernard’s intricate love life crashing down to earth. 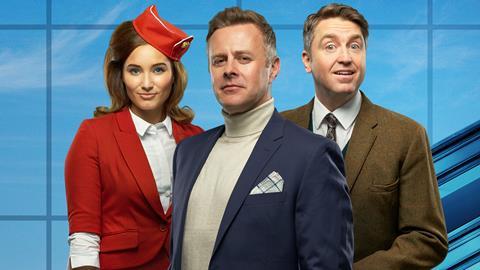 Catch the sneaky Bernard on tour this year in Boeing-Boeing.

John Partridge, MasterChef winner and ex-EastEnder will link up with Rufus Norris for the UK tour of Cabaret, opening at Bromley’s Churchill Theatre from 28th August. The actor also has a vast array of theatre credits to his name including A Chorus Line, Chicago and La Cage Aux Folles. The performance features a range of top choreography and memorable songs, such as Money Makes the World Go Round and Maybe This Time and Cabaret.