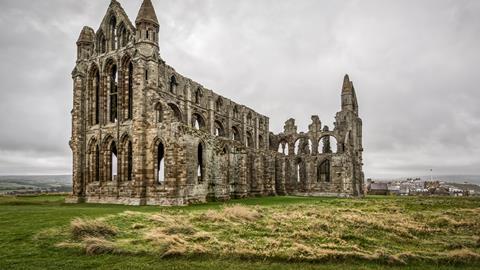 5 haunted places for a ghostly encounter with your group

To celebrate Halloween 2021, we’ve uncovered five creepy places that are sure to leave your group spooked all year-round, ranging from haunted palaces to hidden underground walkways.

To truly understand the life of Henry VIII, there aren’t many better places than Hampton Court Palace. Groups visiting the grand site will be transported back into Tudor life as soon as they walk through the gates. Just one of its many paranormal spots is said to be the Gallery in the State Apartments, well-known as the ‘Haunted Gallery’. 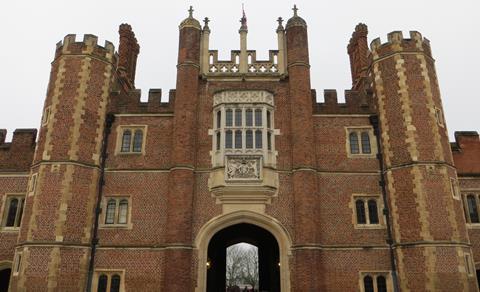 Hampton Court Palace uncovers the past of Henry VIII.

In 1541, Henry’s fifth wife Catherine Howard discovered she was to be charged with adultery which meant the same fate as his second wife Anne Boleyn – execution. Legend has it the young queen broke free from her guards and ran along the Gallery in a bid to find Henry in the Chapel to debate her innocence, she was apprehended and dragged back to her room screaming. She was beheaded three months later. Apparently her screaming ghost can be seen running through the Gallery.

The former medieval fortress situated in north Yorkshire is owned by English Heritage, which means groups can make use of discounted entry among the many perks on offer with the charity. According to a story written by The Scarborough News, the site is supposedly haunted by the headless figure of Piers Gaveston, Earl of Cornwall. 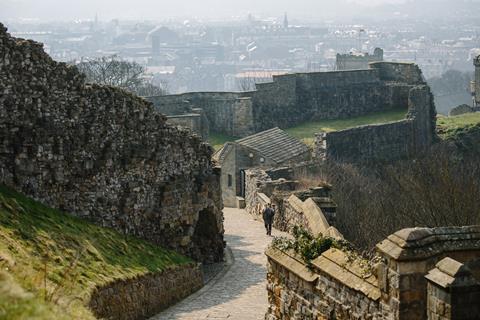 Groups can wander down historic walkways at Scarborough Castle.

Gaveston had to flee to the castle when he came under attack by Thomas Plantagenent’s army, but was eventually captured in 1312. Although he was promised a fair trial if he surrendered, Gaveston was taken to Blacklow Hill in Warwick and beheaded, with his spirit said to wander the battlements at night, luring visitors to their death over the cliff edge.

If you travel just north along the east coast, groups can also visit Whitby Abbey owned by English Heritage (pictured above), with many reports of the ghost of a nun who had been bricked up in the dungeons and the ghost of the abbey’s founder, St. Hild, gazing out from its hollow windows.

Edinburgh’s hidden streets, homes and passageways are shrouded in myths and mysteries, underneath the bustling walkways of Scotland’s capital. It is a strange concept to understand, but the close has stood in the same spot since the 17th century, it had just been covered over and swallowed up and used as the foundations for the Royal Exchange. Many people did not want to leave their homes when it was developed so ran businesses underground in the strange world. A number of people fell victim to the plague due to the tightly packed nature of the close, with many visitors claiming to have seen sufferers of the disease and other former inhabitants on a tour.

Tudor explorer Sir Francis Drake used to lived at the Abbey and while regarded as a national hero by many, locals feared him and believed he had super natural powers. The house built on the site of the former abbey was sold to Drake in 1580, making Buckland his home when returning to England after a three-year voyage of the world on his ship, The Golden Hind. 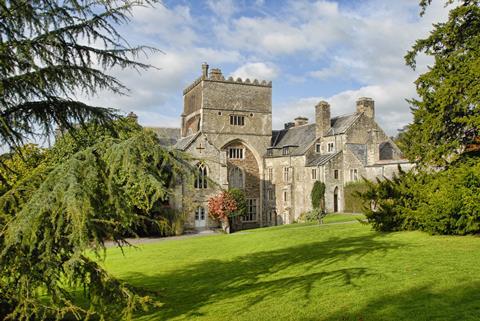 Buckland Abbey was once the home of Sir Francis Drake.

His ghost is believed to ride across Dartmoor in a black coach driven by headless horses, led by 12 chattering goblins and pursued by a pack of dogs – imagine seeing that! Any dog who hears the commotion and barks is said to die instantly.

Renowned as the residence of the Dukes of Marlborough, the Oxfordshire estate is the only non-royal country house in England to hold the title of palace. The Dean Jones room is said to have been haunted by apparitions of the first Duke of Marlborough – though this spirit hasn’t been seen since the birth of Winston Churchill in that same room. Roundhead soldiers are also believed to roam all over the palace, with the most common sight of them by the fireplace, as though they are discussing plans.